The Snobby Cons and the Bus Driver Minister 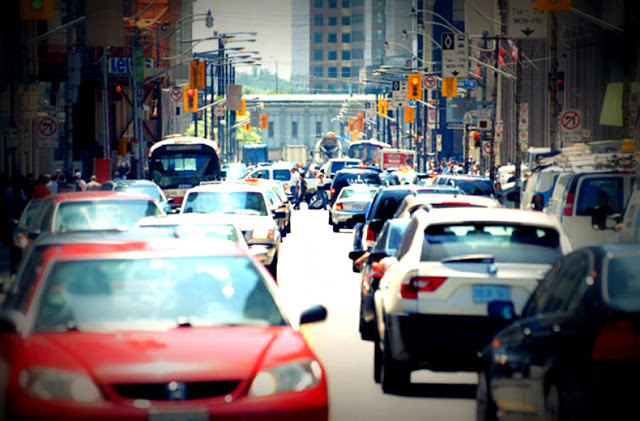 When I was a very small boy I used to dream of driving a bus, and the bigger the better.

But it didn't take me very long to realize that the job wasn't as glamorous as I had imagined.

And that I probably would never have the skill or the patience to be a good driver.

Which was just as well because it turned out the job could also be dangerous.

So I really can't understand why the Cons behaved so badly in the House of Commons the other day. 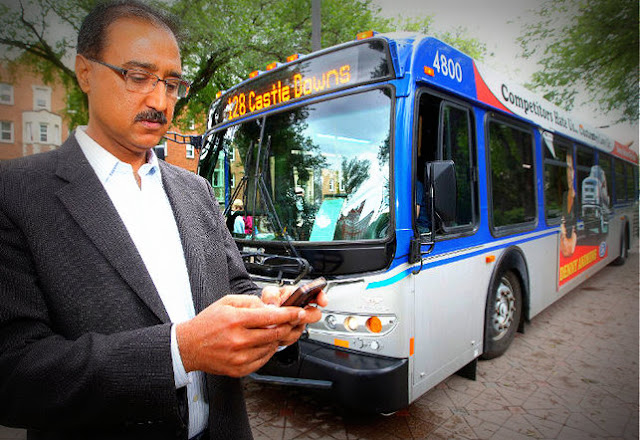 When they mocked Liberal cabinet minister Amarjeet Sohi having once driven a bus in Edmonton.

A federal cabinet minister who learned to deal with the public while driving an Edmonton transit bus was laughed at this week in the House of Commons, apparently for that very reason.

Laughed in his face, and then had their House Leader Candice Bergen add insult to injury by refusing to apologize.

"There's all kinds of laughter that occurs here," Bergen responded in the House. "So we absolutely respect and honour all of the jobs that we've done, and the experience we bring to this house."

As only Candy can... 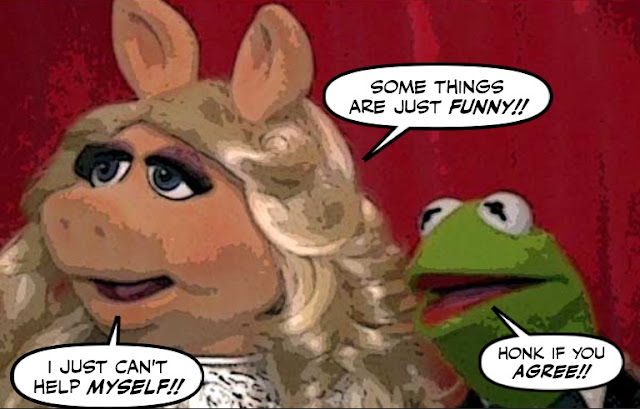 And although I thought Sohi handled himself with dignity and class.

I have to agree with Heather Mallick when she wonders, in what world is it laughable to drive a bus for a living?

Will interim Conservative Leader Rona “billionaire lifestyle” Ambrose reprimand her MPs for cruel snobbery? Will elitist Kellie “I have 22 letters after my name, I am not an idiot” Leitch hush her colleagues?

If driving a bus is beneath them, imagine what they think of the unemployed.

What do those Cons have against working class Canadians? Do they realize they have insulted every bus driver in Canada? Is it because they're snobs?

Or is it the Thatcher in them? 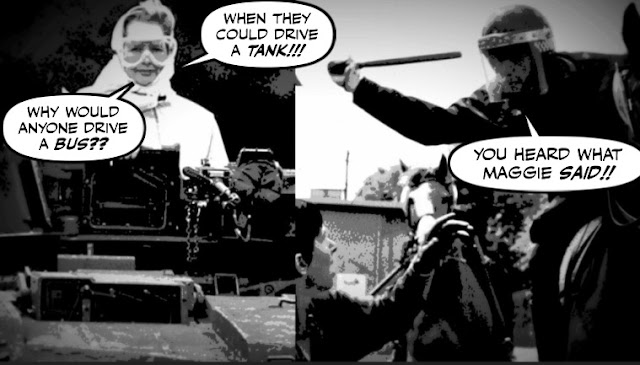 As she privatized and deregulated bus transport in 1986, Margaret Thatcher is alleged to have said, “A man who, beyond the age of 26, finds himself on a bus can count himself a failure.” It wasn’t taped and may be apocryphal, but it does sound like her, doesn’t it?

Does Candice Bergen think her background as a financial planner is better than Sohifor's background?

For they do more to build and keep this country going than do any of those snobby pensioned politicians.

And that's all I have to say. That's all I needed to say, on behalf of all my friends who are almost all working class. And have better things to do with their time than write a blog like this one.

The next time Kellie Leitch or any other Con goes on about how they're against "the elites." 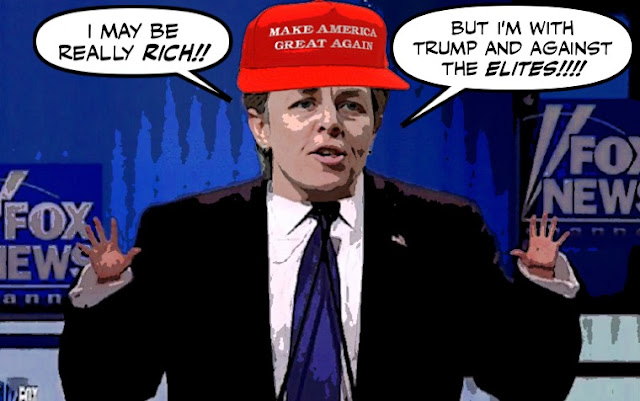 Be sure to tell them what you think of them.

Be sure to use their snobbishness against them in the next election.

Or just laugh in their faces...

They don't care about the working class unless it is the aggrieved, entitled, and racist mobs they kiss up to. And they only care about securing their votes.

Hey nothing wrong with driving a bus, it's an honest living. A job is a job. When I lived in Calgary there were lots of new arrivals working for public transit and they were always very courteous.

While those hags are cackling at a job that's so far beneath their "status", let's pause, think and never forget the audacity of these hypocrites who claim to be looking out for the little guys and gals. That is, when they're not looking down on them and laughing at their lot in life.
JD

classic e.g. of what some Conservatives think of working people. One should not equate a person's job with intelligence. Just look at some politicians, just plan dummies. Back in the 1970s all sorts of people with advanced degrees, here in B.C. left their careers and moved on to jobs which actually made them feel good. One of those places which attracted a lot of PhDs. was Canada Post. People preferred to walk and deliver mail than sit in an office or lab.
When it comes to cab drivers, who knows if its a doctor, lawyer, researcher. They just got to Canada and took the first job they could to earn money to support themselves and their family.

Some people enjoy what they do and as long as they have enough money to support themselves and their families they do that job. when it comes to bus drivers one of the smartest men I ever knew was a bus driver. Smarter than me, smarter than a lot of degrees and politicians walking around.

if you're a bus driver beware who you vote for next time. Some don't think its a great career and you're not as bright as they are. fools they are.

In Metro Vancouver working as a bus driver gives you a decent salary, health benefits, a pension, paid vacation, etc. The job is stressful and you need to know how to deal with people, something some of the Conservatives just don't know how to do and wouldn't be able to qualify as a bus driver here in B.C.

So the whole gang let it slip collectively. They must have got carried away with the joy of sharing an inside laugh at the expense of some weaker no-account outsider before they realized that they weren't at a caucus meeting.

I wonder if any of their flat-foreheaded followers will speculate on how these superior individuals talk and laugh about them when behind closed doors. You won't have an appreciation of the depth of their contempt until you realize that these Cons have no fear of that happening.

hi anon...yes I agree with you. They use the working class for their own purposes, and then betray them, and just make themselves richer at their expense. And I just hope that working people heard that jackal laugh, and understand that the Cons are also laughing at them...

hi MC... when I dreamed of becoming a bus driver, I was thinking of the buses that wind their way through the quiet roads of the Scottish highlands taking tourists to visit old castles, and nearby Loch Ness. But driving a bus in one of our gridlocked cities must be a real nightmare, second only to trying to drive an ambulance through all that congestion. So wherever those bus drivers are born I have nothing but respect for them, and it is as you say a very honourable profession...

hi JD...I have to admit that story really bugged me. I still can't believe that even the Cons could be so disgusting. But as I said, that laughter will come back to haunt them in the next election, when it will be used against them...

hi e.a.f... it is revealing isn't it? The Cons are always claiming to be the party of working people, but that laughter tells us all what they really think of them. And you're right, not only do you have to be a very skillful driver to drive such a big vehicle through traffic. You also have to have very good people skills to handle some of the drunks and other riff raff that get on your bus. I'd like to see the Cons try to handle both challenges. Although if I knew a Con was driving my bus, I'd jump off as soon as possible before disaster struck... ;)

hi John...yes, let slip collectively is the right way to describe what happened. How one person could laugh is beyond me, but having the whole gang mock that minister so spontaneously really does tell you who they are. And like you I do hope that laughter can be replayed again and again to that other working class people understand what the Cons think of them. I saved the tape in my files, so you can be sure I will do my part... ;)

They were laughing at him because he was responding to a planted question about buses and he just happens to be a bus driver. MPs from all parties have been cackling at these sort since of "coincidences" now for 150 years.

In bad taste, maybe, but to claim that this is evidence that the Conservaties are a party of elites is absurd.