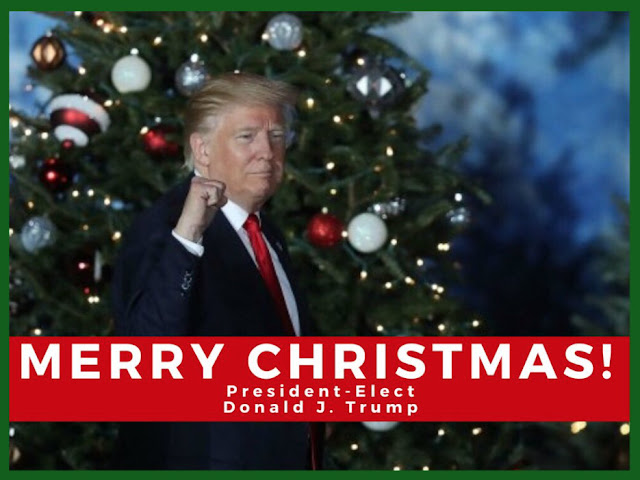 It has to be one of the most bizarre Christmas cards a president-elect has ever sent the American people. But it does tell you a lot about Donald Trump.

No sense of the occasion or the true meaning of Christmas. No family, not even Ivanka.

Just HIMSELF, with his tiny fingers curled into a fist. Alone with his delusions of grandeur.

While the Republicans scrambled to deny they were comparing him to Jesus. 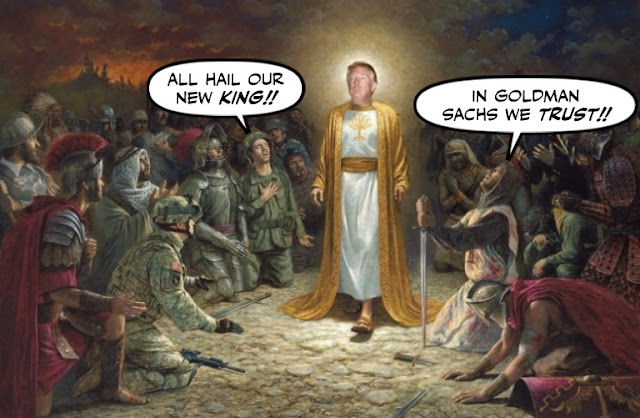 “Over two millennia ago, a new hope was born into the world, a Savior who would offer the promise of salvation to all mankind," RNC chairman Reince Priebus and co-chair Sharon Day said in the statement. "Just as the three wise men did on that night, this Christmas heralds a time to celebrate the good news of a new King.

While somehow failing to point out that Trump's balled fist was a not so veiled message to his supporters that the so-called War on Christmas is over...

And yes, it's as bad and as ugly as that.

But the good news is that while Trump tries to turn a Christmas card into a weapon, the resistance to his presidency continues to grow.

The ACLU is gearing up to do battle, and letting him know they will see him in court.

And best of all, the states are preparing to blunt the damage of Trump's War on the Planet. 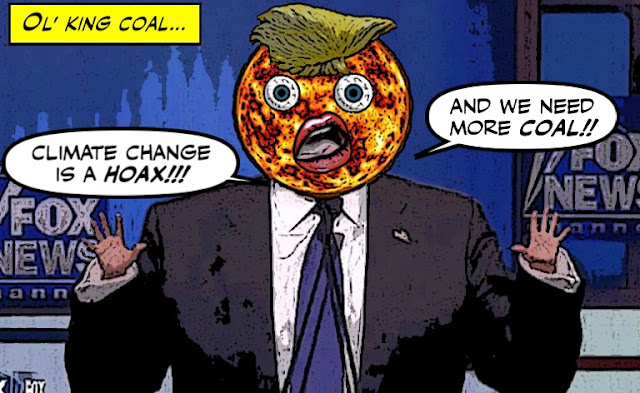 State governments will serve as an important bulwark against any attempt by President-elect Donald Trump to roll back the progress the United States has made in addressing climate change. And that’s good news for the planet.

Over the last decade or so, most states have reduced their greenhouse gas emissions by promoting energy efficiency and renewable fuels. These trends should continue as clean energy costs continue to decline and, in some parts of the country, fall below the cost of dirtier fuels like coal.

So the damage can be limited, until Trump is evicted from office.

Which will almost certainly happen if progressives unite, and some of Trump's supporters finally realize they've been looking at life through the wrong glasses.


This is how Trump Voters loook at us Non-Trump voters! They want us to Respect Trump? "F" NO!! pic.twitter.com/OZZS4y64ol
— RogelioGarcia Lawyer (@LawyerRogelio) December 26, 2016


So although the Christmas barometer hit new lows this holiday season... 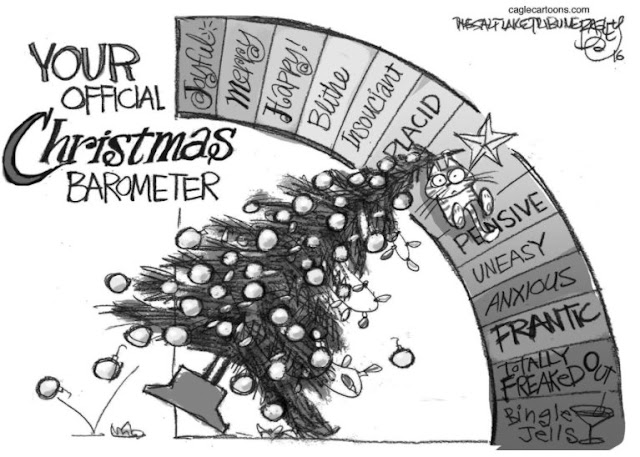 The future is looking promising, and it WILL belong to us... 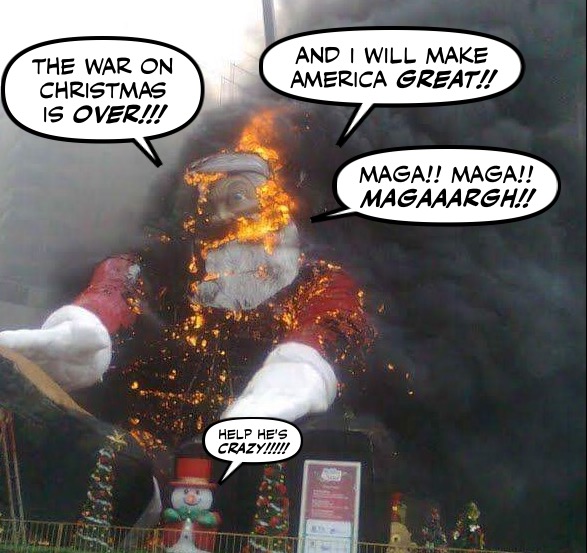 Unless he starts a nuclear war, then we are all fucked.

Says who? America has been forcibly removing undocumented immigrants as long as I can remember. Sounds like the ACLU doesn't know how the law works (they do) and are just trying to push an agenda.

As soon as America votes for open borders or passes some type of amnesty act the whole world can immigrate there. But in the meantime, the law is the law, and these "undocumented immigrants" in other words, people who knowingly break the law have to go back.

It's almost like following the law is "racist" in this upside-down politically correct world we live in.

Of course they are not. Do you realize what removing 11 million mainly underpaid and exploited people from the country would do to their economy?

"Just as the three wise men did on that night, this Christmas heralds a time to celebrate the good news of a new King." WTF????
Well, there went a perfectly good breakfast.
JD

hi anon...well that's true, and it is a real possibility. But what else can we do but try to get him impeached as soon as possible, before he blows up the world?

hi MC...yes that's partially true, and Obama actually increased the number of so called illegal aliens the U.S. deported each year. But the reality is there has always been slack in the system, so enough of them can help keep the U.S. economy running, by doing the jobs Americans don't want to do. And the scale of the deportations would not just cause massive human misery, but also put a hole the size of a football field in the side of the American economy....

hi David...thank you, I appreciate every attempt to make us laugh in these desperate times. Because goodness knows I'm trying as hard as I can, and finding it really difficult...