Donald Trump and the Basket of Deplorables 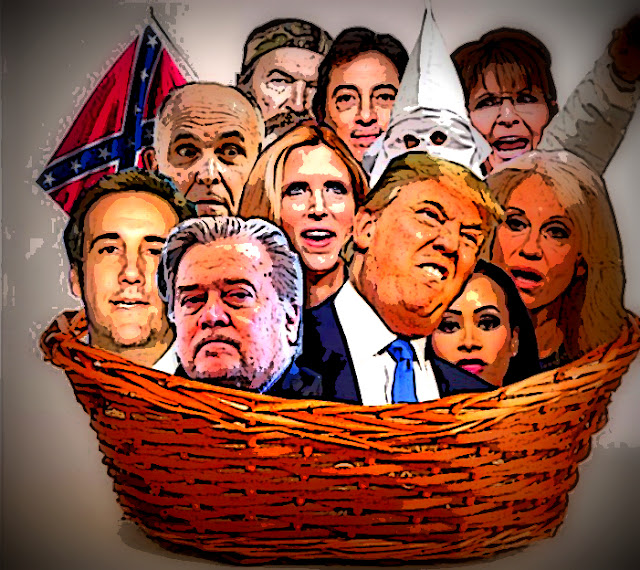 And I'm sure you remember how Trump howled with outrage, and managed to turn Clinton's comment into a rallying cry.

So I'm glad to see that Trump now admits that Clinton was right, and that some of his followers did behave in a deplorable manner.


But what isn't such an early Christmas present, is to see that at a time when many Democrats are frantically trying to convince members of the electoral college not to vote for Trump.

On Monday, members of the Electoral College will cast their historic votes for the next president of the United States. In the meantime, they are under siege.

The nation’s 538 presidential electors have been thrust into the political foreground like never before in American history. In the aftermath of a uniquely polarizing presidential contest, the once-anonymous electors are squarely in the spotlight, targeted by death threats, harassing phone calls and reams of hate mail.

Trump is blaming the Democrats for the bad behaviour of many of his own supporters.

And no doubt hoping that Americans have forgotten what some of those same supporters had warned or threatened might happen, if Hillary Clinton had won the election

“People are going to march on the capitols,” said Mr. Halbrook, who works at a call center. “They’re going to do whatever needs to be done to get her out of office, because she does not belong there.”

“If push comes to shove,” he added, and Mrs. Clinton “has to go by any means necessary, it will be done.”

When the truth is nothing progressives have ever done can even remotely be compared to the ugly behaviour of Trump's ghastly deplorables, neo-nazis, and army of Twitter trolls. 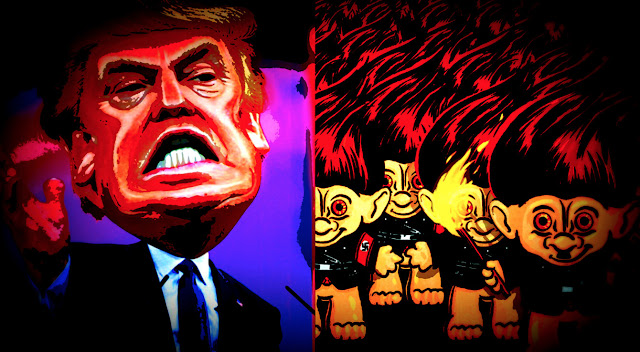 Or even come close to the depths of their depravity

Nobody ever acted more like a swaggering bully than that monstrous predator.

Or poisoned his country and its democracy more than he has... 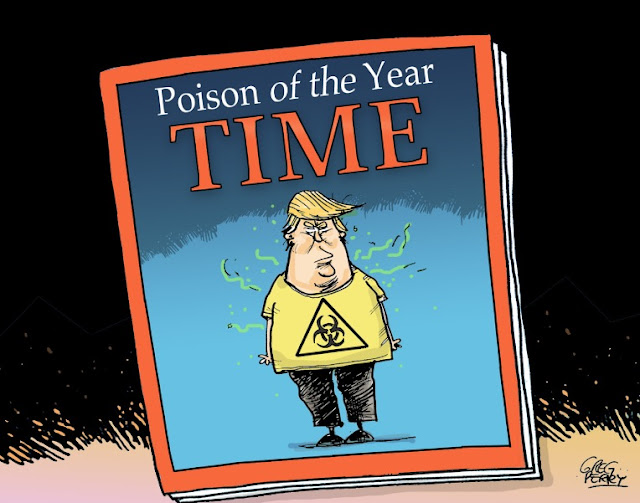 So if that toxic oaf thinks that progressives should just forgive and forget what he did   ,and unite behind him, he must be even more deluded, or crazier than we feared.

For he will never stop waging war on his own people

Since his election, Donald Trump has done three peculiar things. He has refused the daily intelligence briefings traditionally given to the president-elect. He has dismissed intelligence suggesting that Russian hackers played a role in the election. And he has delivered angry speeches against Americans who opposed him. These three behaviors are related. In Trump’s eyes, the enemy isn’t Russia. It’s the part of America that opposes him.

He simply can't help himself.

So instead of forgiveness he can expect RESISTANCE.

Until the day he is defeated and driven from office.

And America is safe and clean again... 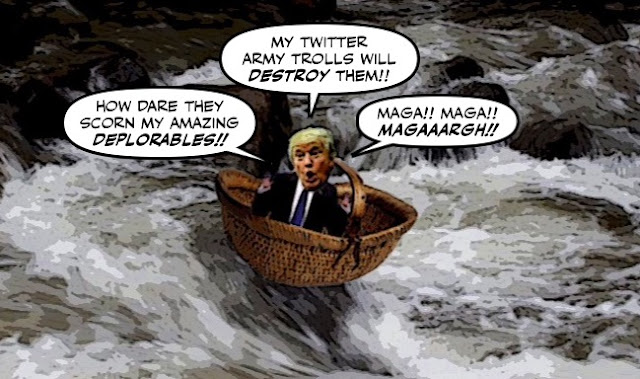 There is no resistance coming. The Resistance in America was against Obama, it was the counter revolution and here we are.

Like the Trump Tower the guy with small hands views America as an extension of his own ego. Not much in it for the average American unless you are content to serve the elite or can afford a room. Like several of his infamous real estate ventures this one is off to a bad start, just too much controversy and spooked critters to herd in the same direction.In the end the project will either sink to a much lower level or people will awaken, decide its a rerun of an old horror movie and rally for something better. Either way the counter revolution is not an end point but just the first leg in a sequence of events either heading for the basement or reversing and reaching a new plateau.Time will tell.
RT
RT

hi anon...I can assure you that there are more people opposed to Trump than there ever were opposed to Obama. And they include some of the most educated and most powerful people in the U.S. You are about to see a resistance movement like the world has never seen before....

hi RT...as you know I think Trump is the force that will end up triggering a left-wing revolution. He has totally abandoned any middle ground, he is taking his Republicans too far to the right, for every action there is an equal and opposite reaction. And if Americans can survive the journey into darkness, they will end up living in a better country...

In Trump’s eyes, the enemy isn’t Russia. It’s the part of America that opposes him.

That last sentence makes Trump sound a lot like our recently departed P.M.

BTW, other than the usual American paranoia and xenophobia and need for an external enemy, can anyone tell me why the Americans keep calling Russia the Enemy?

Certainly the two countries may not have congruent interests some of the time but one can say the same about China or just about any other country that interacts with the USA. Just why do they see the Evil Russian© lurking under the bed?

Oh, wait, given US and NATO policy over the last 20 or 30 years and Clinton's irrational warmongering as Sec of State and presidential candidate, maybe they are worried because they know that they have been scaring the crap out of Russia.

It's not Russia that has missiles and troops stationed about 100km from St. Petersburg.