Is It Time To Take a Break from Social Media? 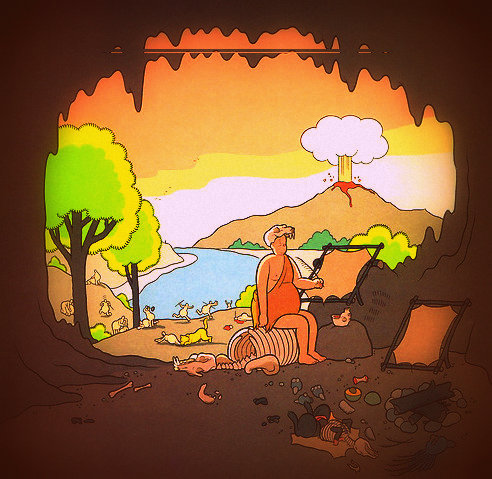 I must admit I've been finding to hard to blog or tweet or do anything on social media these days. It's just getting too crazy out there.

The blogosphere is too gloomy, Twitter is a smoking battlefield.

And it's hard to make people laugh as I like to do, when so many of the people I know are either in a deep depression, or angry, or terrified by what might lie ahead.

And with good reason... 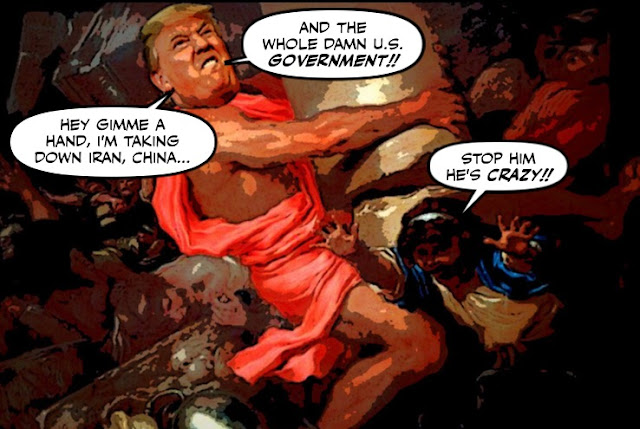 For who knows what Donald Trump might do when he becomes President?

And the uncertainty is making a lot of people sick or sicker.

With an administration forming around President-elect Donald Trump, the mood in the psychotherapy space has transitioned from anticipation and worry to fear and despair.

Prior to the election, 52% of Americans reported that the presidential race was a very significant or a somewhat significant source of stress, according to the American Psychological Association, and this was true across party lines.

In the weeks since the election, many of my patients have come to therapy with anxiety, fear and worry. One patient said she felt a high level of “uncertainty” around what a Trump presidency would mean for her due to limited information about his policies. Another person reported days of often crying uncontrollably. Frequent checking and worries about the future are key features of anxiety disorders.

Especially since Trump is also showing signs of going over the deep end... 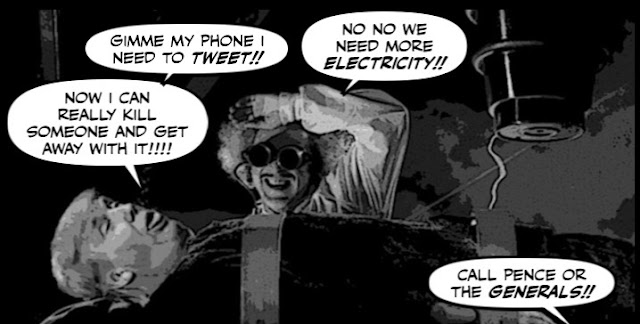 Will it be meaningless drivel or more lies? Will he start a war with China, or bring down the global economy?

But of course all of the above is amplified in our internet age. So I was interested to see the Guardian writer David Sax suggest that in these turbulent times, we should take a break from social media.

I noticed that Twitter, Facebook and other digital forms of communication fed and nurtured my very real anxiety until it consumed me. Whenever I turned to the internet for a distraction, and even a possible sense of reassurance, I was instead sent reeling to the worst corner of my psyche.

Not so long ago, the internet was a reliable escape from the harsh reality of the world. Today, it is the reality we need to escape from.

Like many others, I am seeking comfort away from the screen. The only things that seem to make any sense, and to lighten the darkness, are those precious moments offline. Listening to a record. Escaping into the pages of a familiar paperback. Playing board games with friends. Seeking refuge from the uncertainty fed up so efficiently online, in ways that feel grounding and familiar.

Stop letting social media play such a big role in our lives.

As Rick Mercer seems to be suggesting here...

Although he also seems a bit agitated, which is worrisome.

So maybe this might be a better solution for all of us not just Grandpa ...

Or maybe we could send one to Trump to keep him distracted for days, especially in the middle of a crisis.

Or maybe we could just remember that thank goodness we live in Canada. 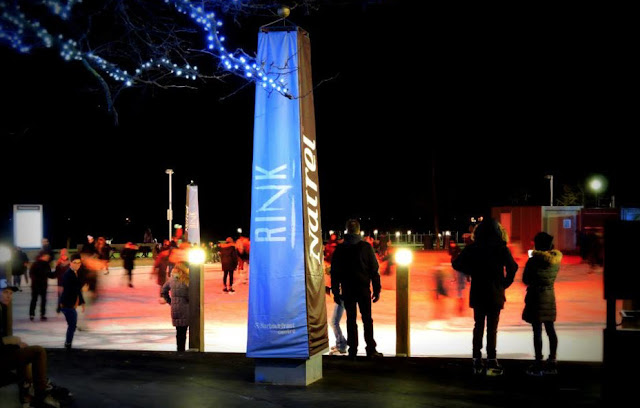 The world may be going to hell in a bucket.

But life must go on, and in our peaceful and relatively sane Canada real is good.

It's starting to look a lot like winter in The Great White North.

I hear you man. Feels good to get off the grid and go for a walk.

Don't take a break now Simon. Ezra and his cons are getting more and more bold.

simon last week I that capp are lobbying the feds to turn over the carbon tax collected to the oil and gas industry.

I had a staycation a few weeks ago and generally stayed off of social media, it was very enjoyable. Other than that I have been miserable since trump won, trying for another social media vacation so I can enjoy the rest of the year.
I hope you keep blogging, I love your insights and the pictures that you come up with make me laugh so hard even though they describe a very dire situation.

hi MC...yes. it is important to live in the real world occasionally. I'm usually pretty good about keeping my internet time under control. But the U.S. election upset the balance, and I will definitely reduce my blogging over the next three weeks, and keep an even lower profile on Twitter...

hi anon...yes I see that, and I'm sure you know Ezra has a Big Plan to make The Rebel bigger than the CBC. People say I should just ignore him, but I do hate professional bigots, so that's not easy...

hi anon...I haven't heard that, but then I must admit I have been too busy, and too lazy, to research the carbon tax story. Still that CAPP story doesn't make sense. The idea of a carbon tax is supposed to encourage the energy industry to go greener, so what good would it do to pay them to keep on doing the same thing? There has to be some pain or there will be no gain...

hi Steve....but where do those chickens end up? Running free or rotating on a spit?

hi anon...thank you, I'm glad you enjoy some of my posts. And I do plan to keep blogging. But I am going to try to slowdown a bit over the next few weeks because the U.S. election knocked the stuffing out of me. Not just the result, but the whole campaign. I need a hammock, two palm trees, and a Caribbean island badly, but since I can't afford one this year, I'm just going to have to put on my woollies and a big straw hat and just pretend I'm in Cuba. But the main thing is to keep smiling and remember that history and demographics are on our side, and out of this darkness can come something beautiful....

The Trump social media storm is like a tornado, those that get caught up will be shredded and tossed out in pieces. Its the culmination of a destructive manipulative game played by both parties and just perhaps when its over the people will be able to rebuild and be the wiser for it. At present mainstream media propaganda has lost its grip on the public only to be counterbalanced with Twitter Trump. Perhaps they will destroy each other leaving some form of sanity in the aftermath.

In the meantime Canadians have Leitch, Alexander,Kenney, and others that are trying to gain traction. Its a mistake to think that their support is derived solely from evangelists and wanna be bigots. There are far bigger forces at play and anything that can be done to expose their true sources of power and personal aspirations is certainly worthwhile. Blogging about Trump at this stage is like shouting (pi..ing) in the wind. If we survive there will be opportunity when the tornado starts to subside. Meanwhile, focus on Con Wave 2 has merit. What motivates them ..money,exclusive memberships,joining the elite of the elites, ego, fundamentalist ideals? Regardless they have well connected backing,are dangerous and like buzzards just waiting for opportunity to present itself.
RT