The Cursed Year 2016, and the Dying of a Musical Generation 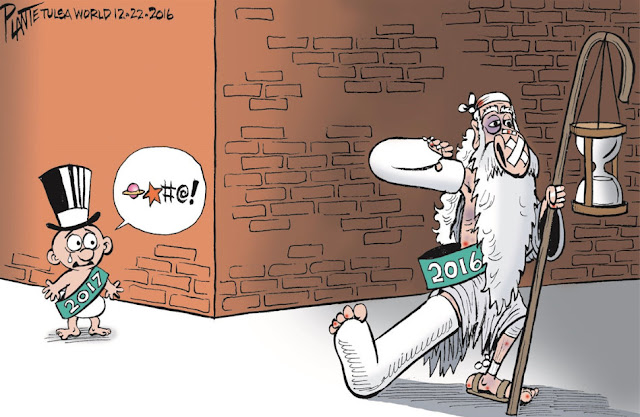 There are only five days to go before the hideous year 2016 limps off the stage. But it still seems determined to prove that it was one of the worst years ever.

For not only did it leave us the steaming turd Donald Trump, but it also took so many great artists with it. Leonard Cohen, David Bowie, Prince, and so many others.

It announced ahead of time the death of Gord Downie.

And now it has also claimed George Michael. 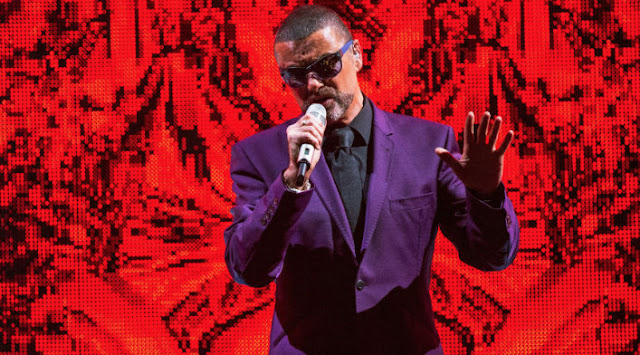 Dead way too young, after a celebrated but tumultuous life.

His talents as a singer, songwriter and music producer made George Michael one of the world's biggest-selling artists.

But there were times when his battle with drugs and encounters with the police made lurid headlines that threatened to eclipse his musical talents.

A tumultuous life that was reflected in some of the tributes pouring in from all over the world. With some claiming that the fact he was gay shouldn't be held against him. As if it ever should be held against anyone.

And a few grumpy old LGBT people muttering that he might have been a big star, but he was a VERY bad example for young gay people.

But George did apologize for that, and I think the young and most of the others will forgive him and consider him an LGBT hero. 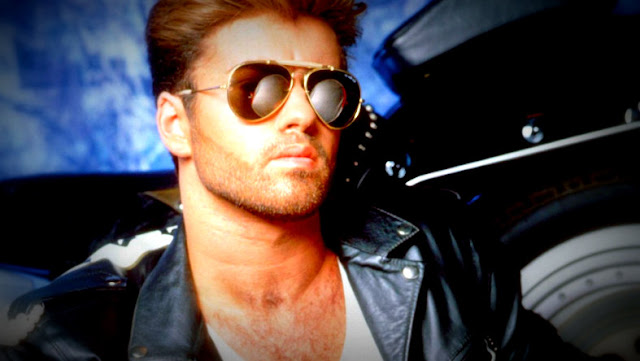 Enfolded in that wonderful music—and the stories of drugs and drinking, and the scandals of later years—consider another George Michael. The one who told it as directly as possible; who, as time went on, didn’t hide when scandal or downfall or public shame came knocking, but faced all those things not just stoically, but with a mischievous smile and brave to-hell-with-it dismissal of all those who would do him down.

Not for him the slinking away from the press after crises befell him. No tail between legs for George Michael. He not only came out, he wrote and talked about sex and having sex, and shamed all those that would try to shame him.

For just being himself, and refusing to cower before those who would humiliate him.

And what makes his death, and the death of all the others even sadder, is that if you thought 2016 was the year the music died, the worst is still to come.

What happens when “live fast, die young” becomes “grow old, die slowly”? Like it or not, we’re about to find out. There’s a Great Cull coming, and rock ’n’ roll music will never be the same.

Soon rock ’n’ roll’s entire first generation — the generation that made it the dominant musical force on the planet, anyway, although Chuck Berry turned 90 this year and they don’t come much more first-generation than that — will gradually leave us.

And I don't even want to think about that. Because quite frankly I can't imagine a world without Keith Richards, or Gord Downie, or any of the others... 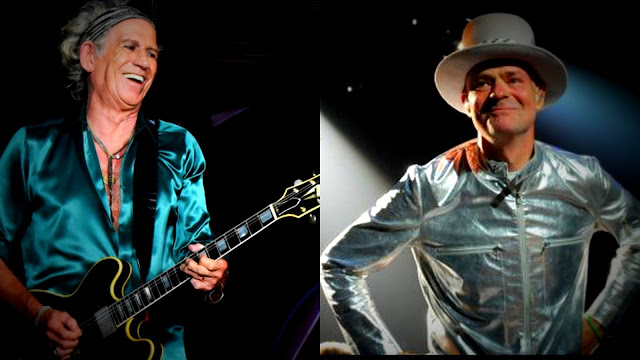 But this is also true.

It’s sad to lose our heroes, but we can take some comfort in knowing they maintained a commitment to artistry, that they never lost their passion for and their faith in the power of music until they took their last breaths.

Music is immortal, after all, even if we are not. That has to mean something.

That does mean something. And think George Michael will be remembered in the same way. He never lost his faith in the power of music, he rejected the trappings of pop stardom, He fought the Sony octopus for years, he was incredibly generous.

And he was a star, as you can see just by the way he throws himself into a rehearsal for the famous Freddie Mercury tribute show.

But then "Somebody to love" could be the soundtrack of his life. And it was Freddie's song.

Who was another LGBT hero.

And who also threw himself into that song as you can see here, in this clip from a show in Montreal in 1981...

It think it will always be Freddie Mercury's song.

But now at least on some rainbow coloured star somewhere, him and George Michael can sing that song together.

Are you ready Freddie?

Labels: Freddie Mercury, George Michael, The Cursed Year of 2016, The Death of a Musical Generation

I was quite surprised at hearing this sad news yesterday while driving home from Montreal after Christmas dinner. Reading about George Michael's rough life is very sad. Hope he did not suffer at the end.

He was quite gifted. Rufus Wainright posted this clip last night. Even if you are not a fan, this clip is quite beautiful.

"Life is very short, and there's no time for fussing and fighting my friend" (The Beatles, We Can Work it Out)

Happy New year Simon 2017 can't possibly be any worse,it can't, can it?

hi TS...thanks for that video. I must admit that I was not aware the George Michael had such a rich body of work. I guess I was too busy trying to be a punk rocker. ;)
But while going through his videos, I was impressed by the way he never stopped evolving. So he deserves all the credit his fans have been giving him...

hi David...thanks for that. I do try to live my life that way and sometimes I'm actually successful. It is the only way to live, life is indeed short and we should never take it for granted...

hi Kev...thank you and Happy New Year to you too !!! But as for your question I hardly dare answer, because these days anything is possible. However, I cling to the belief that although we face some very dark days, we will emerge from that darkness stronger than ever, and the future will belong to us...

The sun will never set on either 1 of these gentlemen in my world.

hi Jack...yes that's a good song too. I was reading how George Michaels used to make fun of Elton's attempts to try to get him into rehab. But they were good friends, they sang well together, and George quietly gave a lot of money to Elton's foundation...

we have lost the bodies but their music lives on, with the message. If we listen they will always be with us. On the other hand, Trump once he disappears from the stage, that will be end...........

Can't say I was a big fan of George Michael's music, but the more I learn about him, the more I gotta give him kudos for taking no shit.

I've been reflecting on this year and the rash of musical/theatrical passings and I try to think back to other years and why this one has weighed so heavily and others no much so. Every year, The Star's Entertainment section has a list of celebrity deaths that spans several pages every year, some of which were expected (like Eli Wallach in 2014 at the age of 98), some untimely (like Michael Jackson or Amy Winehouse). It triggered sadness and grief in its news cycle, but the year was never declared to be irredeemable as a result.

I think what really got people down (beyond Trump's victory, which just added insult to injury) is that this is the start of the Baby Boomer generation starting to pass on, and Bowie's likely planned exit from the world was sprung on people so suddenly that every death that happened after it just seemed to re-echo the passing of the people that were either our contemporaries or our parents' contemporaries. The people we grew up with on TV, on the radio, often still performing or acting, leaving us alone one by one... another reminder we all follow sooner or later, either by liver cancer or a heart attack on a plane.

Everyone's saying they hope 2017 will be better. I just can't see it. Like you listed, Simon, the venerable songwriter poets of the 60s and 70s are now in their 60s and 70s and time is going to catch up sooner or later.

I'm gonna be a mess when Gord follows. But at least he had the sense to give us some warning.