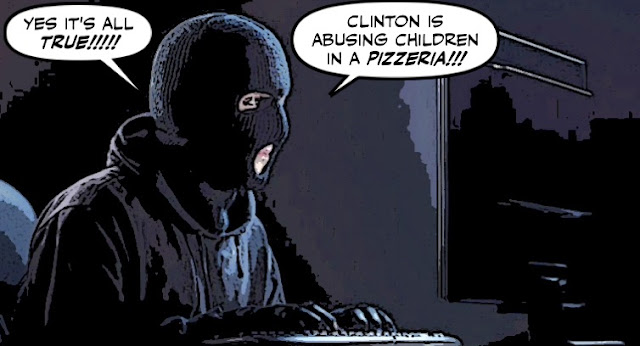 As you know Russian hackers are widely believed to have interfered in the U.S. election, by getting their hands on Democratic Party e-mails.

And helping to spread fake stories like this one.

Now the Germans are worried those hackers could disrupt their election.

And to make matters even worse, Keith Olbermann is now accusing them of targeting him, and others who dare to criticize Donald Trump.

You know, in a post-truth world it's hard to know what is real and what is not.

But we have been warned...

The lights are going out all over America.

Progressives fought themselves instead of the real enemy, and lost. Caramba.

And the nightmare is just beginning...

When you give a psychopathic demagogue absolute power, and a legion of shadowy hackers to go after his enemies, who could be surprised if Donald Trump turns into a dictator?

And fascism finally comes to America.

In the darkness of cyberspace, monstrous creatures are on the move.

Change your passwords every three hours.

And support the Great American Resistance... 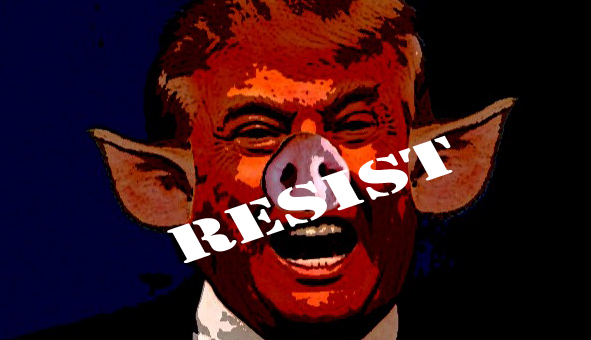 Fascism has come to America. After all, it is the current year.

At one point there was a claim that a hacker was using the name Фе́ликс Эдму́ндович (Felix Edmundovich), that is Felix Dzerzhinsky of Cheka fame and left this on the server. This sounds more like a couple of undergrad or high school hackers waving flag saying "Hi, see us we're Russians". Try not to be too obvious!

And quite honestly unless the Russians wanted Hilary to win--quite possible--there is no way they are stupid enough to let it appear that they were supporting Trump. Americans are paranoid about Russia---many don't seem to have gotten the news that the USSR has collapsed.

I would not be surprised if the Russians hacked the Democratic servers. Heck they were probably in a queue with the Chinese, the NSA, perhaps UK, and as I have suggested before some geek in his parents' basement in Cleveland.