The Horror of Gaza and the Crimes of Stephen Harper 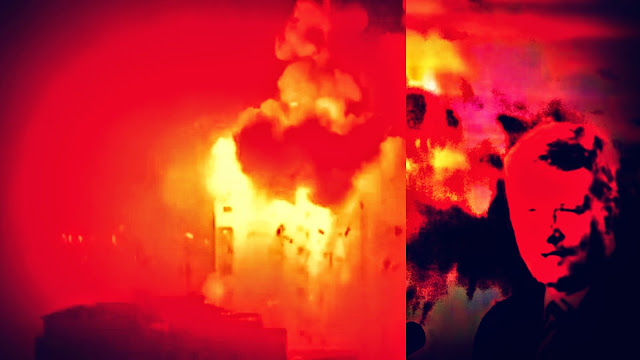 The situation in Gaza couldn't be bleaker or more horribly symbolic.

The lights have gone out.

Efforts to end the violence are going nowhere.

Canada’s bully-boy approach to Gaza may be politically expedient for Prime Minister Stephen Harper. But in terms of bringing peace to the Middle East it is not helpful. If anything, it makes matters worse.

But then why should anybody be surprised? When Harper's entire foreign policy couldn't be less principled.

This prime minister has two types of foreign policy. Both are short-term. Both focus on immediate, domestic political goals. His first approach is to favour countries useful to Canadian resource companies.

Harper’s second foreign affairs strategy is to take hardline positions that will win favour with specific voting blocs in Canada. This explains his vigorous support of Israel.

Because as we all know, he will do or say ANYTHING to try to win the ethnic vote. 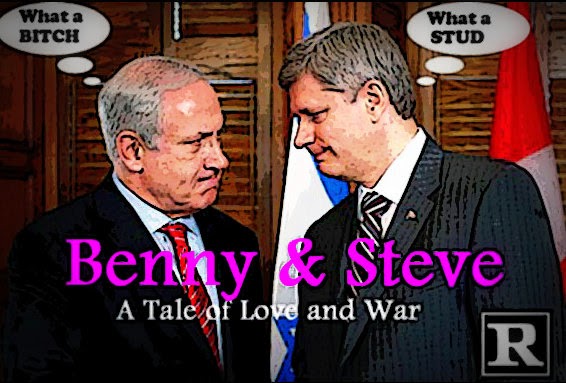 Even though the scale of Israel's brutal assault on Gaza cannot be justified by any measure of humanity.

Amnesty International said the crippling of the power station amounted to "collective punishment of Palestinians". The strike on the plant will worsen already severe problems with Gaza's water supply, sewage treatment and power supplies to medical facilities.

Hamas is wrong to fire rockets at Israel. It's criminally irresponsible and counter productive. But as Walkom points out, the Con regime ignores the context of history.

The Canadian government approach does not take into account the bitter war that led so many Palestinians to flee the newly created state of Israel in 1948. Nor does it contemplate Israel’s equally bitter occupation of the West Bank since 1967, an occupation carried out in defiance of the United Nations Security Council.

Or the desperation of a caged people.

How would Canadians feel if, like the 1.8 million Palestinian residents of Gaza, they were confined to what British Prime Minister David Cameron has likened to a gigantic prison camp — cut off from the rest of world by foreign soldiers and subject to a crippling trade blockade on virtually everything?

Anyone who kills children so casually, or cuts off power to baby incubators is guilty of crimes against humanity.

In the clinic for newborns, when the power goes, the incubators for premies no longer function. The temperature soars; the oxygen stops. Doctors and nurses try to pump oxygen manually until the power goes on, but sometimes they are too late or it just doesn’t work. These tiny beings—too tiny even to open their eyes—never see the world they were born into. 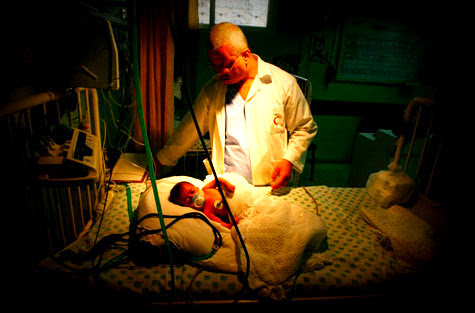 As I've said many times before, I have no axe to grind in the Middle East. I'm for peace and a two-state solution. I do not support the violent men on either side. I'm for the healers not the killers.

But enough is ENOUGH.

And when even people like Harper's Con cousin David Cameron are calling for an immediate and unconditional ceasefire.

What we're seeing is absolutely heartbreaking in terms of the loss of life, and the pictures that everyone has seen on their television screen are really heart-rending and everyone wants to see this stopped, so an immediate unconditional ceasefire, that is what is required," Cameron said.

Harper's silence is both disgusting and un-Canadian.

Harper's unconditional support of Netanyahu's Death Machine will eventually cost him more votes than any he might have gained so far, by sucking up to those who have forgotten their own tragic history, have lost their moral compass, and are now acting like bullies and savages.

For as more Palestinians are killed, and more of Gaza is destroyed, more decent Canadians will be revolted.

Harper's image as a foul bully will only be reinforced.

And the monsters he has aroused will eventually destroy him... 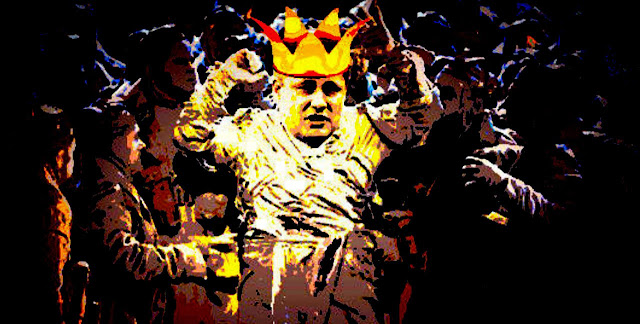 I'm afraid most Canadians aren't even paying attention to what is going on there.

At one time Canada had military personnel in the area with the U.N. Those days are gone. it really is too bad. There needs to be a cease fire and the Americans need to stop selling arms to everyone in the middle east. The just sold billions worth of military equipment to Qatar, who supports Hummas. They sell even more to Israeli. Then there are the arms the americans sell to Bahrain, who use it to supress their own citizens. They sell arms to the Egyptian military, who over throws a democratically elected government, they didn't like. They give arms to Afganistan, they wind up with the Taliban. The arms they sell/give to Iraq, they could wind up with ISIS.

While people die in Gaza and in Israeli, the Americans are making hundreds of billions of dollars on arms sales in the region. Harper is just another cheer leader. Even Cameron, has seen no good can come of this. Oh, and in B.C., the dim wit, Christy Clark, Barbie doll premier has issued a statement in support of Israeli. We don't know where that came from, but lets wait and see if other Canadian premiers do the same.

I DO NOT believe in a 'Two-State' solution.

That is NOT a 'solution'.

Hamas has EVERY RIGHT to fire-power-

when rocks just don't cut it.

Hamas has its own agenda and it has most likely very little to do with Gaza and its people. Given the amount of money made from the sale of arms, a war is always good for profits.

Now Israeli does have the right to defend itself and I'm one of those who says, "Never Again". However, Israeli, is the mature one here. Given their armed forces capabilities, there must be another way to deal with the tunnels. First of all the tunnels come up in Israeli. Have they thought of sending something down them from their side and blowing them up. It would save money and lives.

Benny has an agenda here. Most likely he wants to impress the ultra right wing which keeps him in power. War works and armament corporations make money. Blowing up the only electrical generating station in Gaza is wrong. The Israeli armed forces has done better and can do better.

With Israeli's capabilities, this war, to this extent is not necessary. Benny obviously has too much money to throw around. Harper and his herd just don't know what it is like to live in a war zone. He really needs to go to Israeli and be made to sit through some of these bombings. Lets see how he likes it. Then he can comment.

So you support Hamas, a terrorist organization, as a Canadian citizen? Doesn't that make you a traitor to Canada?

Hamas terrorists have vowed to kill every Israeli man, woman and child. Even Canadian supporters of Hamas have openly declared they will kill all Israelis.

Ironically, it looks like the Israelis will kill all Gazans before Hamas can kill all Israelis. Makes ya wonder...