Darth Harper and the End of the Con Empire 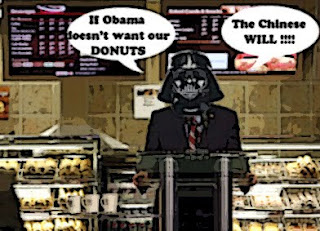 He would teach Obama to humiliate him by delaying approval of the Keystone XL pipeline.

By making Americans think the Democrats are driving Canada into the arms of their Chinese enemies.

Because they don't call him Darth Harper for nothing eh? And being vindictive is in his genes.

Harper had risen to the post of justice-of-the-peace by the time a judicial enquiry found him guilty of, as one historian put it, "violent and oppressive measures" - vindictive to a point beyond all reason.

But then the Chinese Communist Party saw the obvious opening, and made its daring move, offering to buy Nexen, a Calgary based oil company, for more than 15-billion dollars.

And now it's all unravelling for Great Economist, Strategic Genius, Buffoon Leader. His rabid base is screaming that the Godless Maoists are taking over. Even Diane Francis thinks it's a REALLY bad deal.

The new Game of Thrones is not about military conquest but about picking off trophy assets from countries, like Canada, that are Boy Scouts and naïve enough to let them do so. And growing and nurturing large successful entities is essential to any nation-state. Size matters. The foreign buyout of resource, infrastructure and agricultural corporations simply has to stop. Foreigners can partner or do startups but nothing more.

The Americans have indeed noticed the Chinese takeover. But for all the wrong reasons.

And Harper is caught between a rock and a hard place. If he approves the deal, now perfumed by the stench of corruption, he'll be accused of being a sellout. If he rejects it, China's commie capitalists will make him pay for that slap in the face over and over again.

Which sadly for him is exactly the same situation he finds himself in, when it comes to the battle between B.C. and Alberta over the future of the Northern Gateway pipeline.

If he sides with Alberta he will lose B.C. and most likely the next election. If he sides with B.C., Big Oil and his Alberta base will never forgive him. If the pipeline isn't built the Chinese will be even angrier.

And to make matters worse the federation is striking back.

Stephen Harper’s preeminence as the distant father, and often the bully-in-chief of Canadian politics, is finally being challenged by a group he ignores at his peril, Canada’s premiers and territorial leaders. Let it be clear: one premiers’ meeting does not a Canadian Spring make, but the icy grip of the Harper regime is beginning to melt.

So what according to my top secret sources is Stephen Harper doing on his summer holiday? Preparing to apologize to the Americans for his one-night stand with China, and beg Obama to take him back again? No.

Preparing to meet with the Premiers, admit that he's not a real economist, or a strategic genius, and that Satan, or Jason Kenney, made him do it? No.

He's preparing to attack the federation with his new Trojan horse budget... 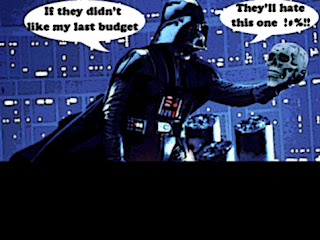 Because you know after all this humiliation this one is REALLY going to hurt. He can't help himself eh? It's in his genes.

Which will only make him even MORE unpopular.

Yup. Can you believe it? The Force is finally with us.

The Con Empire is collapsing.

And Great Shrunken Leader is going down... 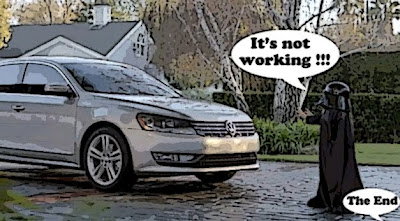 Harper used Communist China, as a threat to get his own way. Either the U.S. buys the lethal, chemical laced Bitumen, or the dirty oil goes to Communist China.

Gordon Campbell thieved and sold every resource and asset in BC, he laid his dirty hands on. Christy Clark is just waiting for the ink to dry, on her sell-out of our BC Liquor stores.

With Enbridge having another pipe burst on Friday. No way will the BC citizens permit the Enbridge pipeline, to be forced onto us and our beautiful province. We will fight Harper, giving the control of the tar sands to Communist China too. BC will not be used, as a conduit for Harper and Communist China.

Communist China's aggression around the globe, has been noted. CNOOC and the Nexen buy-out, have been caught in corruption.

Harper's whopper lie, regarding Bruce Carson, a many times convicted criminal he hired, means Harper has no right to be P.M. Harper has been caught in so many dirty tactics and dirty politics...Why in the hell is he still in office? No way in hell should Harper be permitted to continue on. Good grief!! We can't stand the sight of Harper for one day, let alone three more years of his crap.

Dont bet on it. This never was your country, time to leave before you are tossed out.