Vic Toews and the Case of Luka Magnotta 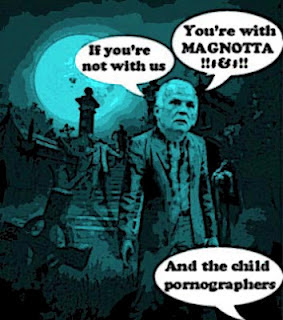 About a month ago I made this little photoshop, because I was sure that Vic Toews would try to use the Luka Magnotta case to peddle his internet snooping bill.

For a Con zombie is a Con zombie, and there is nothing Toews wouldn't do to rummage stumble through our computers without a warrant.

So he can gnaw on the flesh of his enemies -- real or imagined.

And sure enough, it turns out I was right.

Under the heading: "Could Bill C-30 have helped locate [suspect] Luka Rocco Magnotta earlier?" two memorandums decline to comment on specifics of the investigation because it is continuing, but go on to say the bill "would provide police with tools that could prove useful in similar cases."

Toews and his henchmen did indeed try to use that horrifying case of murder and mutilation to dig up the rotting remains of their totalitarian internet snooping bill, and make it walk again. Even though as Michael Geist points out, Bill C-30 wouldn't have caught Magnotta any sooner.

"By the time the evidence began to accumulate, he was already in Europe," Geist told CBC News. "The claim that C-30 would have made a difference is simply false — there is no evidence that law enforcement ran into problems tracking down his location to Europe and ultimately making the arrest."

And the Bill still isn't needed.

ISPs already disclose subscriber information 94 per cent of the time without a court order. For the remainder, there is no evidence that obtaining a warrant for this kind of case poses a problem.

But that's the Cons eh? They will use the Big Lie, they will appeal to the darkest angels of our nature, they will do ANYTHING to try to get what they want.

And the only reason they want Bill C-30 is to try to intimidate their political opponents. From those who disagree with their cruel economic and social policies, to environmentalists and others who oppose the Con regime's plans to turn us into a sinister petro state.

And of course, that's Vic Toews.

Because the old zombie won't give up. He's still stumbling around out there making a monster out of himself.

And scarily enough he doesn't appear to be going anywhere. 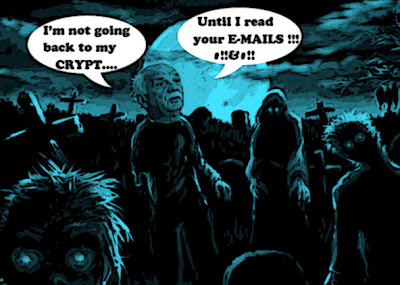 Every year stories come up saying that Minister Toews is retiring from politics and going to the bench, and every year he returns to Parliament to continue working to keep Canadians safe. Minister Toews will continue to pursue our government’s legislative priorities in the fall session, with a focus on speedy passage of the Enhancing RCMP Accountability Act.

Vic Toews is working to keep us SAFE?

But of course, it's not funny. Those totalitarian klowns still have three more years to force themselves upon us, offend our decency, and rape our country and its values.

So let me make another prediction. The Cons will use the Magnotta case to introduce a bill to restore the death penalty. Because Harper knows it will divide the population, and distract from the many ways he is slowly strangling Canada.

The MSM says he won't. 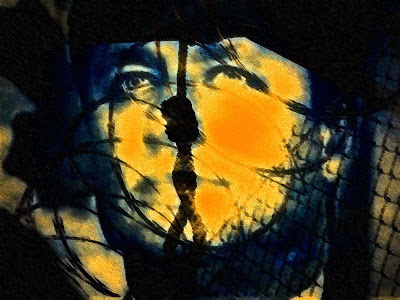 Because I know that he'll do ANYTHING to have absolute power, and try to scare his opponents into submission.

Yup. If you love internet freedom make sure that somebody drives a stake through the heart of that internet snooping bill.

If you want to feel safer, demand that Vic Toews be forced to resign, or be fired.

If you love our country defeat those zombie Cons, before they mutilate it further...

Canadians are fully aware. Harper will use every dirty tactic, dirty politics, lies, deceit, corruption, to get his own way.

Other country's also know Harper for what he is. Harper is not liked, what-so-ever. Harper is called a, petty gasbag, arrogant, stubborn, impossible to work with, and co-operates with no-one. Other country's are sick to death of Harper's bullying and his hissy fits, when he doesn't get his own way. Good for Europe, on telling Harper to go to hell.

That braggart Harper taking the credit for Canada's stance in the recession. Paul Martin left a $13 billion dollar surplus for Harper, which he pissed away. A $1 billion dollar, stupid fake lake for one.

No wonder the U.N. Security Council, refused Harper a seat. He is a p.i.t.a. Harper was upset by the refusal. However, the dislike for Harper, is going around the globe. At every meeting of Nations, Harper is the trouble maker every time.

It would take an armed revolution, to stop Harper. Harper has the same typo personality as, Stalin, Hitler and Mussolini. Harper is, paranoid and obsessive about control, just as the three other dictators were. Politicians such as they and Harper, don't know the meaning of what is right, and what is wrong. They put their own evil goals first.

Harper has no saving graces, not even one. He is a monster of the worst kind. I have no faith in any of the other party's. Many of us asked the opposition party's to join forces, to keep the monster Harper out. However they didn't, they all sat with their fingers up their noses. That is why we are, where we are to-day. No way in hell can this country survive, even one more year of Harper.

"petty gasbag," is an insult to real gasbags...

Harper is full of shit and the world knows it, when are Canajans going to wake from their collective snooze?