Occupy Canada: Why You Can't Evict a Movement 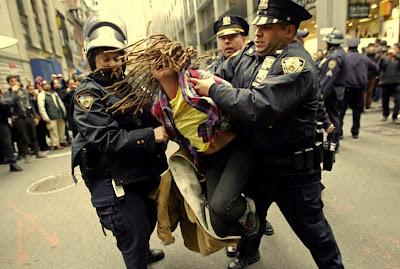 As I was saying last night, they can arrest us.

They can tear down our humble campsites.

They can insult us.

They can beat us. 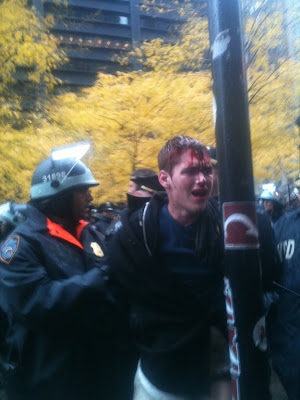 They can pepper spray peaceful protesters...

But they will NEVER stop our movement from continuing to spread all over the world, developing in new and amazing directions, and growing even BIGGER.

And if they want to know WHY they won't be able to stop us eh?

All they had to do was march to City Hall today, like I did, with Occupy Toronto...

Did you get that porky ones?

The reason you can't stop us is that we are LIFE and you are DEATH.

The more savagely you attack our peaceful protests, the deeper you dig your graves.

We WILL save our future and our planet.

And nothing you can do will kill a movement.

You can ramp up the rhetoric however much you want. The truth is that these people do not represent the average person, myself included (and I am hardly a millionaire banker). Let's wait a few more weeks and see where we stand and how much progress these people have made.

Shouldn't you just quit now, while you're ahead?

You've demonstrated that you're a stupid chump who sides against the people fighting for your own best interests.

We all know you love getting ripped-off and exploited. Not everyone wants it for themselves.

So, kindly shut the hell up you stupid moron and stay the hell out of the way.

Ouch....take it easy. Go grab a beer and calm down and when you're ready we'll talk.

Well, I consider myself a pretty average person, and the Occupy Wall Street crowd represents me a hell of a lot better than my current reform-a-tory mp.

Check out the articles and reader comments in the UK Guardian:
http://www.guardian.co.uk/world/2012/may/24/canada-quebec-montreal-student-protest

What a sad priminister he is. Afraid to confront his adversaries on the state broadcaster. The other two networks have a corporate model and now he's afraid of them too. Didn't Duffy moderate one of these things?