The Elephant Man Bigot and the Class of Kanye West 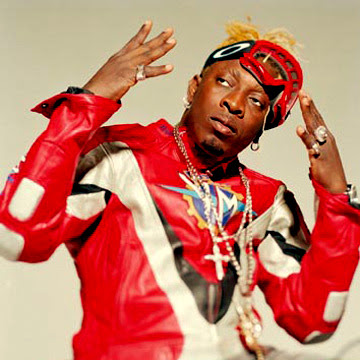 I see that the useless ReformCon Minister of Immigration Diane Finley has done nothing to stop the murderous bigot Elephant Man from entering Canada.

She's quite prepared to deport a young gay man like Alvaro Orozco so he can be killed in Nicaragua. To please Stephen Harper's so-con base.

I don't have a problem with Sizzla performing...because he signed the Reggae Compassionate Act.

But Elephant Man didn't. And anyone who writes lyrics like these....

"When you hear a lesbian getting raped/ It's not our fault ... Two women in bed/ That's two Sodomites who should be dead."

Or calls for gay men to be set on fire and their bodies stomped on...

Log on and step pon chi chi (queer) man/Dance wi a dance and a bun (burn) out a freaky (queer) man…/Step pon him like a old cloth...

Get a shot inna yu head, inna mi big gun collide. (I am going to shoot you in the head, you are going to meet up with my big gun)

Shouldn't be allowed into the country. And if he is should be made to feel as unwelcome as possible.

This blogging brother has some ideas on how to do that.

And I sure intend to do my part....especially since Bigot Man is due to make an appearance at a shitty little club not far from where I live.

But you know.... as I prepare to check out that pathetic blinged up bigot criminal Elephant Man...I can't help thinking about Kanye West. 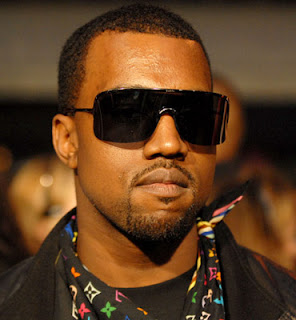 Two years ago while Elephant Man was calling for gays to be killed, Kanye was denouncing the homophobia in hip hop lyrics.

As he said recently he DID have to deal with a backlash from the stinking hip-hop establishment.

But it didn't make him change or back down. His songs and videos don't have the usual shit hop stuff...like women as hos touching themselves .....or gangsta violence....or the hate lyrics of murder music.

And where is he now? Did it hurt his career? Did his fans abandon him?

While Elephant Man's stinky little act travels from one shrinking venue to another...I mean when you've got a gig in St Catherine's Ontario...and you get cancelled..you KNOW you're in trouble.

Kanye West stands alone at the top of the U.S. single charts with this awesome song....


Isn't it great to know that good guys sometimes do finish first?

That love is better than hate.

And that even in the hip hop jungle class counts. Way to go Kanye!

Have a great weekend everyone!!
Posted by Simon at 1:35 PM

Wow. What a rotten little shite. I'll be writing to that hag Finley, and asking a couple thousand of my "close" friends to do so as well.

And if you get to meet him, tell him I say hi, Glasgow Kiss style. ;)

Just wanted to let you know that although Sizzla has signed the Reggae Compassionate Act. He remains unrepentant to his lyrics calling for queers to be burned and killed. He continues to sing and spread his hatred and has not confirmed or denied his signing of the ACT. He and all other artists are still part of the Stop Murder Music campaign.

Hi slaag!! Thanks brother...I'll pass that on. You know these homophobes just make me shake my head.Why can't they make music that people of any orientation or colour can enjoy. More money for them...more joy for EVERYONE....

wut happened 2 freedom of speach???i as a jamaican happen 2 love ele and sizzla not everyone is 4 gay. if u ask me y'all are hating!!! do ne of u have proof of ne of these artist murdering ppl??? maybe not everyone is for gay ppl. i sure as hell dont want my sons no where near batty mon!!!! nd i sure as hell would not want 2 b at a reggae concert wit a bunch of gays!!! thats jus jamaican ppl 4 ya we aint 4 that. u all need GOD!!!NOT EVERYONE HAS 2 B FOR GAYS......EVERYONE IS FREE 2 HAVE THEIR OWN OPINION!!!

Y'ALL B HATING ON ELEPHANT MAN. HE IS A LIVE PERFORMER.ONE OF THE LIVEST PREFORMERS OUT OF JAMAICA!!! Y'ALL WILL DO NE THING 2 MAKE IT HARDER 4 THE BLACK MAN 2 LIVE!!!

Anonymous ...one and two...this has got NOTHING about making it harder for the black man to live. Anyone who has read what I have written knows that black Caribbean music is my favourite music...including dancehall.And it's not about what you think of gay people either. Although just like I'm not a racist...you shouldn't be a homophobe either. But when you encourage people to kill other people just for who they are then you cross the line. How would YOU feel if gay people were calling for blacks to be killed? You would be against that and so would I.I'd attack them just as hard and try to cancel their shows. Elephant Man had a chance to sign an agreement just like Beanie Man did but he refused to so he shouldn't cry now. I am sorry that you won't get a chance to see the acts you love. But if those guys didn't act like nazis we could BOTH enjoy their shows...

Just because people do not agree with 'ele', refusing to play his 'music' is NOT a violation of free speech.

My house, is my property, not his. If ele expressed his lyrics, or their ideas, in my house, I would kick him out! Ele has NO right to use my property for his despicable arguments!

Free Speech does not mean a person has a right to say anything, anywhere. Nor does Free Speech guarantee a speaker an audience!

The 9th Amendment only says, A person is free to say what he wants *where his ideas are welcome*. Otherwise, he abuses the right of others to use their property as they see fit.

That means, if NBC refuses to air ele's music, THEY have that right. Their decision is not a violation of (ele's) free speech, it is an assertion of their Right to Property.

Basically, any smart company will refuse to air ele's bad songs, even all of his songs because of the few bad ones. That choice reflects THEIR right to free speech.

You must not be REQUIRED TO allow some 'musician' to spout his lyrics at your venue. Your venue is YOURS, not his. YOU too have to be free.

Ultimately, Ele is an idiot/bigot, and if he is reflecting JAMAICAN culture, then Jamaicans have a serious cultural(!) bigotry problem.

Oh, and this is a great example of the BS that is called "Multi-culturalism"...

No culture has been better for any Homo sapiens than the U.S. From 1865, when slaves were freed, to 1939, when F.D.Roosevelt turned America into a welfare state, no nation's people have prospered so happily.

Sadly, FDR legitimized the confiscation (stealing) of private property, in earnest. His socio-political transformations were an enormous movement of America towards socialism.

Socialists are the true 'greedy' creeps. I use 'greedy' to mean desire for the unearned.

In contrast, capitalists carefully trade value for value. Socialists seek value by force. They use democracy to enact that force. So what, if democratically elected representatives wield that force, they do not alter the fact that force is used to confiscate the property (money) of citizens. All they have done is twist law & democracy so that robbery is considered 'legal'.

Socialists, and Elephant Man, are intellectually corrupt ...swine of the same ilk!