What Christmas Means To Me. Again. 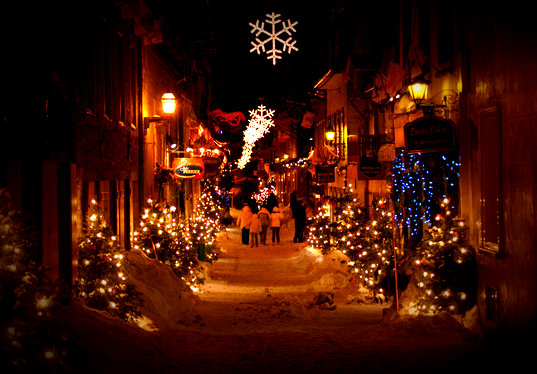 It's Christmas Day in Canada. Where I live and where I'm going everything is covered with a blanket of fresh snow, as it should be in the Great White North.

And for me it's a day to give thanks for living in a country so peaceful and so beautiful.

A day to try to forget all the ugly Cons of the world, like Andrew Scheer or this depraved maniac.

People are proud to be saying Merry Christmas again. I am proud to have led the charge against the assault of our cherished and beautiful phrase. MERRY CHRISTMAS!!!!!
— Donald J. Trump (@realDonaldTrump) December 25, 2017


And a day when I rerun a post I wrote years ago to try to explain what Christmas means to me.

I was going to write something different this year, but then I realized I had said all I wanted to say.

So with a few little changes here we go again. 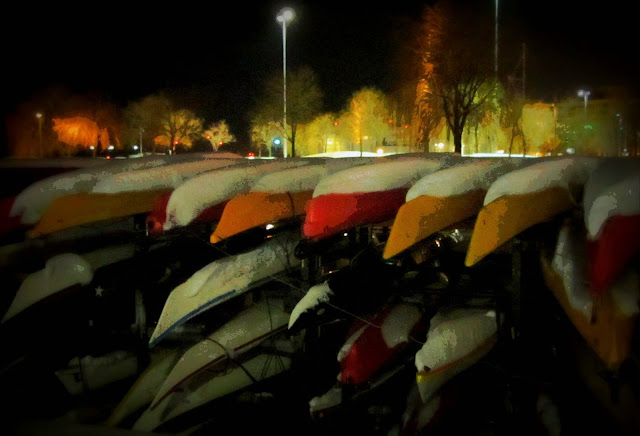 It's Christmas Day, and although I'm an atheist, and I believe that our beautiful planet is our heaven and our hell. And that it's up to us to decide what world we want to live in.

Not up to some invisible deity, or some bloodthirsty Godzilla.

And although I hate the shopping and the greed, and although I know it can be a sad and lonely time for many... 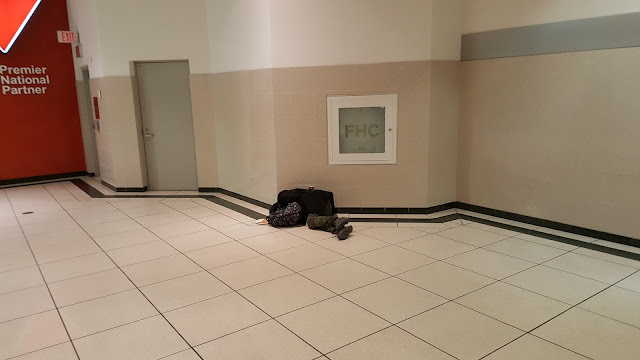 The homeless and those who live alone, and don't have families or friends, and are lonely, or are sick and in hospital. 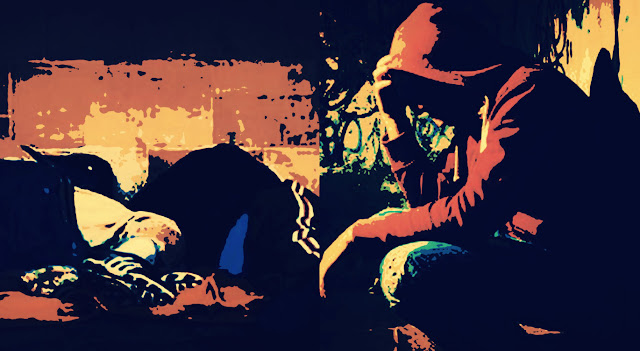 Like the thousands of LGBT kids thrown out of their homes by their own parents.

And although I'm only too aware that so many of the problems on earth are caused by ugly religion.

I was raised in the Christian tradition, I believe in the earthly message of Jesus the revolutionary, I share the vision of those fighting for a kinder, gentler, more just world.

So I do love this time of the year.

The lights, the food, the warm feelings, the random acts of kindness, because that is how I imagine the world I want to live in would be like all year round.

The one I know I will never live in, until the bestial Cons who infest this planet are defeated, and the humble inherit the earth... 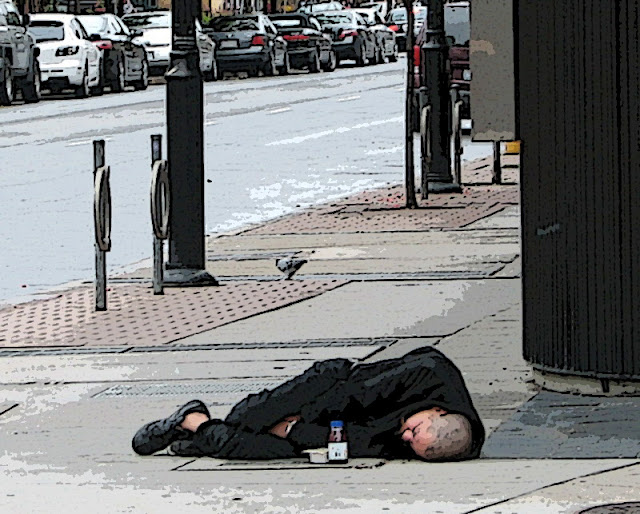 For that is the only way to save them, ourselves, and the precious planet we live on.

And then there is the music of this season.

And all the songs I used to sing when I was a budding juvenile delinquent dressed up as an angel.

You know, the angel with a black eye, in a choir like this one...

The words never did, and still don't mean much to me. But isn't the sound of gentle humanity GLORIOUS?

Imagine what a beautiful world we could build, if more boys were raised to be strong and gentle, not brutish and violent. And women were treated as equals instead of second class citizens.

A world where racism and religious bigotry are finally buried in the garbage can of history.

Hunger and war are banished... 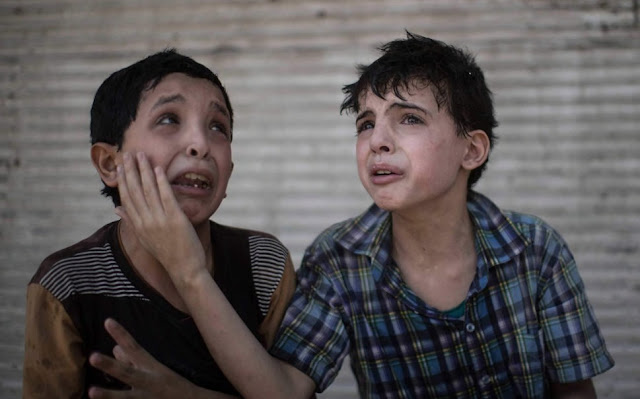 And there really is peace on earth.

From me and my wonderful companion Sébastien, who makes me believe in his strong but quiet way that we can build that earthly paradise, if we fight for it hard enough.

The one who keeps me from flying into walls in my burning desire to go after the Cons and the bullies of this world.

And to to all my readers who support me so much, who have kept me company for so many years, and who I love so much.

Hi Simon, To you and yours and everyone, have a safe and happy holiday season.
Merry Christmas!
JD

Joyeuses fêtes à Sébastien et toi, et à vos amiEs. One of my best friends was one of those gay kids whose dad threw him out of the house at 16. I think friend's mum never forgave her husband for that... She loved her son.

Merry Christmas Simon!! Thank you for another beautiful post. It's hard to think of you as an angelic choir boy, but the black eye helps ❤️❤️❤️

Merry Christmas to you and Sebastian from my family to yours.

Tiny Tim: "God bless us, everyone!"

Twas the night before Christmas, when through the White House
Not a Kushner was resting, not even his spouse;
The documents were hung by the shredder with care,
In fears that Bob Mueller soon would be there;

What you did as a Canadian..
during the dark dark days
will never ever be forgotten..
(hell.. may never be matched !)

hi JD...thank you very much, and the same to you and yours. I ate too much, and laughed too much, and even tried some fruit punch with almost disastrous results. And now I got a horrible cold. That'll teach me to be sociable...;)

Merci lagatta et toi aussi. The plight of LGBT is a national scandal, and what makes it even worse is that almost nobody cares. As believe Martin Luther King once said:

“It may well be that we will have to repent in this generation. Not merely for the vitriolic words and the violent actions of the bad people, but for the appalling silence and indifference of the good people who sit around and say, "Wait on time.”

One of the resolutions I hope to to make, and keep, is to do more to make people more aware of the problem...

hi anon...any article written by the head of the American Enterprise Institute is not worth the toilet paper it is written on. And while it might be true that liberals are more unhappy about the plight of the poor and the oppressed of this world, that's a good thing not a bad thing. And somehow I manage to enjoy life in this world, while working to help build a better one. While Cons must live in their own darkness, listening for those who sooner or later will come for them. And when they do it won't be pretty...

hi anon...thanks a lot, and Merry Christmas to you too!!! I may have exaggerated the "angelic part" but the choir master thought I had such a sweet voice, I was afraid he might have me castrated to keep me singing like a canary... ;)

hi UU4077...thank you and the same to you. You are one of the readers that has accompanied on this journey for years, and I want you to know that I appreciate your support...

hi anon...thanks for that. Pin Head is so great and so creative. But he keeps getting suspended from Twitter so you need a GPS system to follow him around... ;)

While the Mosque Massacre in Québec remains a racist horror and a shame, one light in that darkness is the very positive response to the fundraising campaign for Aymen Derbali, the man in the mosque congregation who stood up to the shooter and remained paralysed. He needs a home adapted to his condition where he can live with his family.

hi salamander...thank you for those kind words. I was one in ten million fighting to end that dark period in Canadian history. But yes, I come from a place that has been fighting for its freedom for a thousand years, so I don't give up easily. ;)

hi lagatta...yes, that is a candle in the darkness. I plan to write something about that tragic day, and I'll make sure to mention the good with the bas...

Merry Christmas or Happy turkey eating event. Whatever we want to name 25, 26 Dec. its supposed to be two days of being nice, enjoying our family and friends. It is unfortunate those two day can't be extended to 365 days, but its better than nothing.