Donald Trump and the Miracle in Alabama

As you know, I didn't think that Doug Jones, the Democratic candidate for Senator, had much of a chance of defeating the homophobic Bible thumping pervert Roy Moore.

Not in backward Alabama, where ignorance is a virtue, religion is a weapon, and inbreeding is a major problem.

In fact, I had already started working on my campaign to boycott that state. 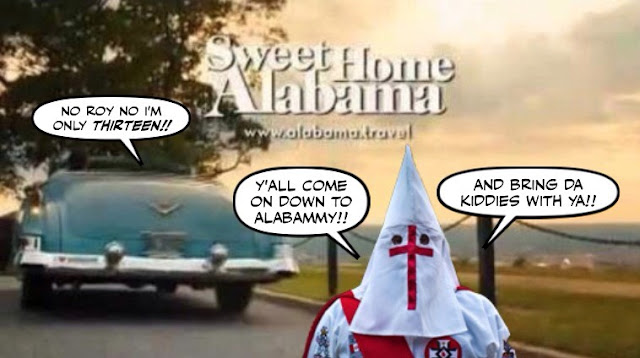 But then the miracle happened.

In a stunning setback for the Republican Party, Democrat Doug Jones was elected Alabama’s next senator Tuesday, flipping a deeply red state after a campaign that showcased the increasing power of sexual misconduct allegations and the limits of President Trump’s political influence.

Jones won, Moore went up in flames like a Klan cross, and Donald Trump who had tweeted this earlier in the day: 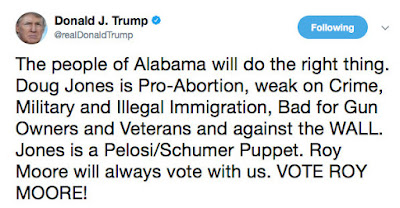 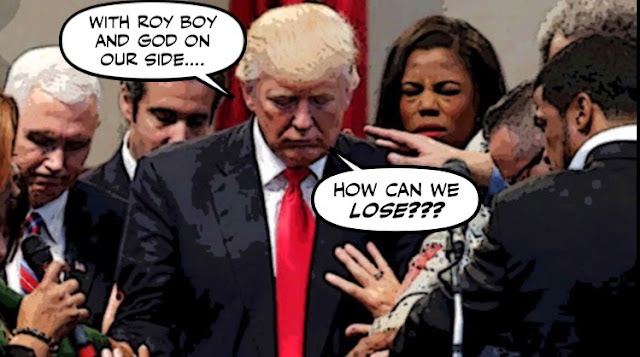 And humiliated beyond recognition.


Source close to WH: "It's devastating for the president... this is an earthquake... Virginia but on steroids... the president has egg on his face" because of Bannon.
— Jim Acosta (@Acosta) December 13, 2017


So like so many, including the Times' Frank Bruni, I found myself saying thank heaven for... Alabama?

Good riddance to Roy Moore and the horse he rode in on.

If I sound jubilant, you bet I am. And if I’m being snarky, well, Moore of all people warrants it. He actually arrived at the polls Tuesday on a steed named Sassy. What an endearing adjective for an awful man.

If Alabama isn’t beyond redemption, then the country isn’t, either. To use a word that Moore would appreciate: hallelujah.

Or more embarrassing for the evangelicals who supported him so blindly... 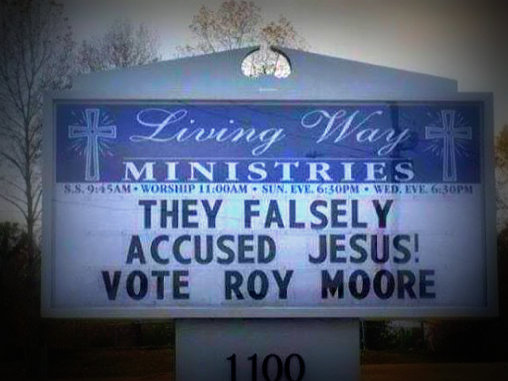 And their would be leader Donald Trump.

Trump, a man amply unbalanced, is being thrown further off stride and out of whack. In Alabama’s Republican primary in September, he followed the advice of the party’s Congressional leaders, backed Luther Strange over Moore, perceived Moore’s victory as an embarrassment and blamed those leaders for subjecting him to it.

Then he got behind Moore even as some of those leaders refused to, and now this. 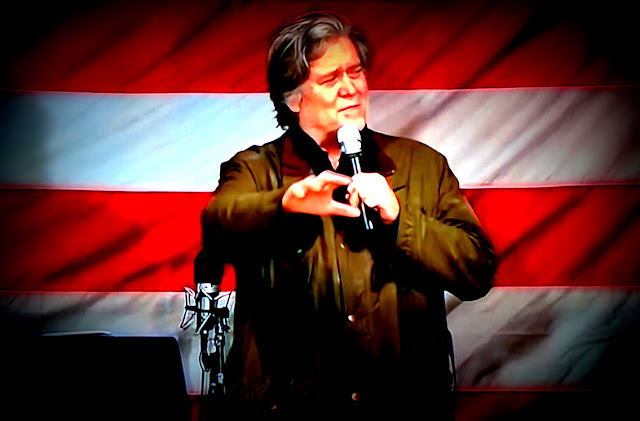 Who may end up being blamed for this unholy debacle.

Stephen K. Bannon and his alt-right movement have helped accomplish something no one in a quarter-century has been able to do: get a Democrat elected in the state of Alabama.

Bannon helped nominate a man who was credibly accused of pursuing and sexually molesting teenage girls — and then stood by him when his loathsome alleged conduct was exposed. Bannon counted on distrust of the mainstream media and conservative voters’ repulsion at the Democrats’ pro-abortion views to put his man over the top. It didn’t work. Because while the state’s evangelical Christian majority is appalled by abortion, they are also appalled by grown men who prey on high-school girls.

For enabling a pervert... 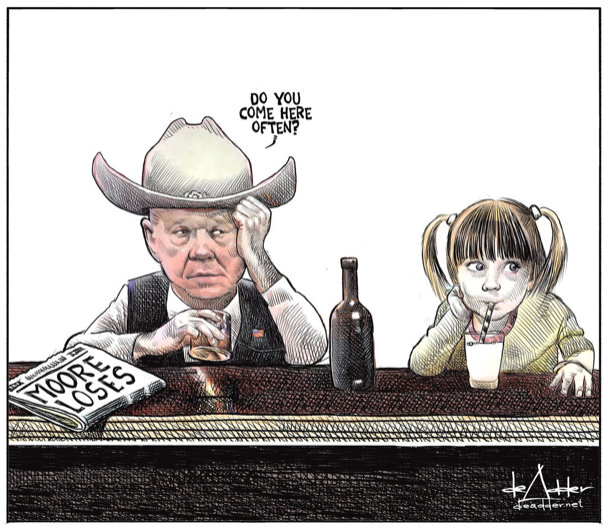 For helping to set Trump on the road to his own destruction.

Jones’s victory also put the Democrats within striking distance of taking back control of the Senate in 2018. If that happens, the Trump presidency is over. The “resistance” will control Congress, and Trump’s ability to pass conservative legislation and continue appointing conservative judges — especially another Supreme Court justice — will be gone. Moreover, Democrats will run the Russia investigation and Charles E. Schumer (D-N.Y.), as majority leader, will have unbridled subpoena power. Trump could face impeachment proceedings.

And who if challenged by Trump and the Republican establishment could tear the GOP apart... 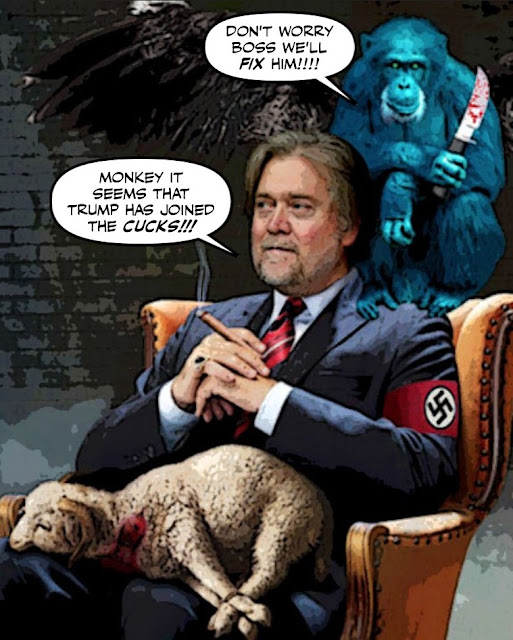 So the situation couldn't be better.

Of course, Moore has challenged the result, and it still is Alabama, so I'm still cautious.

But Trump's America is now looking at last more like a nightmare out of the past.

And as I have always believed, the future belongs to us... 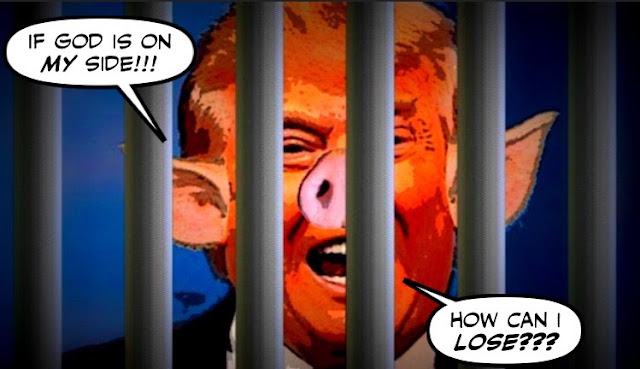