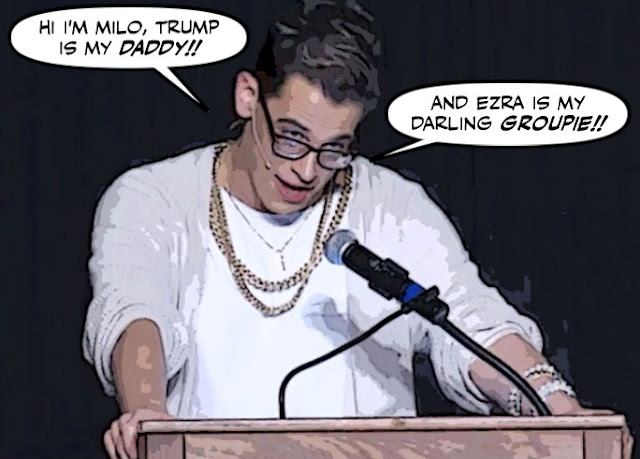 I have always despised Milo Yiannopoulos so much, I can barely write about him without feeling like throwing up.

He is an alt-right clown, a grotesque misogynist, a bigot and a bully if ever there was one, a man who calls Donald Trump "Daddy."

And from my personal perspective, the gay equivalent of an Uncle Tom.

So I must admit I couldn't be more delighted by the fate that has befallen him. 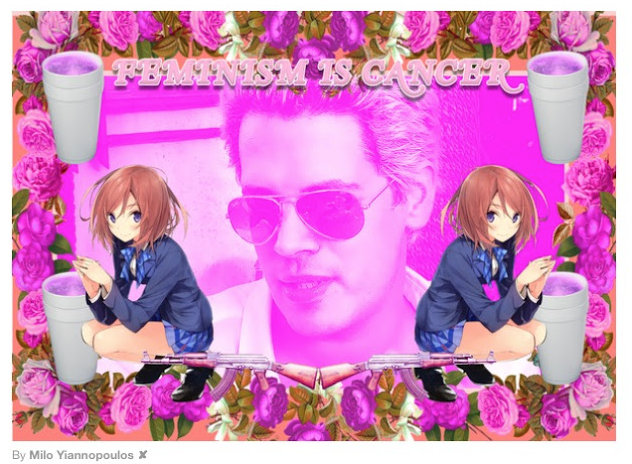 Now that he has also been revealed to be a pedophile cheerleader.

Milo Yiannopoulos, a polemical Breitbart editor and unapologetic defender of the alt-right, tested the limits of how far his provocations could go after the publication of a video in which he condones sexual relations with boys as young as 13 and laughs off the seriousness of pedophilia by Roman Catholic priests.

On Monday, the organizers of the Conservative Political Action Conference rescinded their invitation for him to speak this week. Simon & Schuster said it was canceling publication of “Dangerous” after standing by him through weeks of criticism of the deal. And Breitbart itself was reportedly reconsidering his role amid calls online for it to sever ties with him.

And while I'm also delighted to see the CPAC Republicans, Simon and Schuster, and even the Bannon boys at Breitbart convulse with embarrassment.

The fact is if they had any decency they never would have cozied up to that freak.

And I'm still waiting to hear what Ezra Levant has to say about him, because in Canada he was Milo's BIGGEST groupie...

Who although he once licked him like a lollipop. 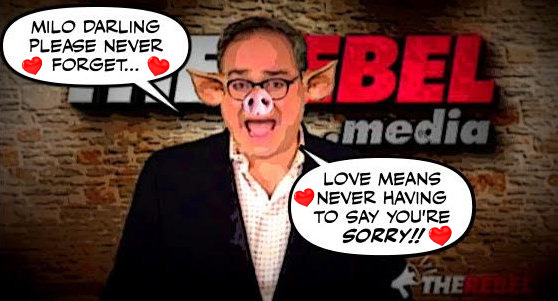 And while we're at it, I'd also like to hear from the ghastly Barbara Kay, who also fawned slobbered over that leering lout.

First of all, pardon my lookism, but he is gorgeous: tall, slim, with sculpted features and wonderful hair – impossibly blond yesterday, streaked today, brunette tomorrow. He is also unpredictable. He might turn up at a campus talk in a sombrero, shaking maracas, trailed by a mariachi band, or wearing the most beautiful Savile Row suit you’ve ever seen.

And couldn't resist throwing some shade at his many LGBT enemies.

Most gays are progressive, so they loathe Milo, and particularly loathe any of their tribe who legitimize him, as gay New York journalist Chadwick Moore discovered when he wrote a professionally objective, and humanizing rather than demonizing profile of Milo for Out Magazine. The blowback from Moore’s circle stunned him – from mere unfriendings to shunning to death threats – with his best friend calling him a “monster.”

Alienated and downright scared, the crisis encouraged Moore to revive a dormant relationship with his conservative Midwestern father. He reveals this in a recent New York Post article, “I’m a gay New Yorker — and I’m coming out as a conservative.” Milo wins again!

But since Kay now works for the groupie in chief.

I don't expect to hear anything from her either.

But I will end with this comment from a reader of a big American gay blog Joe My God:

And this from Owen Jones.

For years, feminists and trans commentators and activists and others targeted by his bile spoke out, but they weren’t listened to. But they were right. Both his associates and enablers have no excuses. They should be held responsible and accountable.

Whether Yiannopoulos disappears or not – I suspect not – there will be others who make bigotry sexy in exchange for commercial success. But there is nothing sexy about racism and fascism. It is a menace to be defeated – and that means confronting not just its sympathisers, but its enablers too. 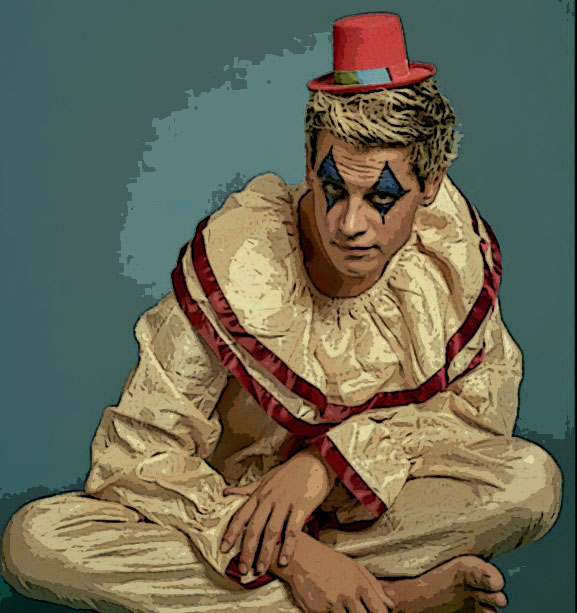 Milo is nothing more than a troll who has figured out how to make money off of hate. Nothing more nothing less. The lsat photo of your post is spot on. He is a ridiculous clown for sure.

Ezra will hire him

Given he is attractive, he was less likely to be taken seriously and/or to be called out on his writings. Good looking people frequently are forgiven while less attractive people are not.

In this case, Milo Y. stepped over the line. We do have free speech but when that free speech steps over the line into hate speech or violates the rights of children to be children, its time for him to go.

Great post. I do hope you downloaded and saved that Rebel video. I fear they may scrub their site of Milo worship.

"Good looking people frequently are forgiven while less attractive people are not."

I highly doubt that. Unless Trudeau commits some horrible act that completely derails the Liberals, he'll most likely win the next election. The Cons are too divided and apparently learned nothing from their defeat in 2015. Plus, we just ended what was for a lot of people a decade of darkness under Harper. Every government gets booted, it usually takes a decade or so but it comes. Don't expect a change until at least 2024-25.

hi Way Way Up... yes, I suppose a troll with delusions of grandeur would be a good way to describe him. There is a story in the New York Times today that compares him to Trump. A loudmouth agitator and only in it for himself, and the money. I despise him for the way he has bullied women and transgender kids, so good riddance to bad rubbish....

hi anon...I'm sure Levant would love to fire him. I believe he once tried to organize a cruise with Milo onboard. Back then he probably couldn't afford that Con hooker, but maybe now he can...

hi e.a.f....I don't find Yiannopoulos attractive at all, and I don't understand why all those Republican homophobes consider him such a star. I can see Milly playing the MC in the Broadway musical Cabaret, but that's about it....

hi Gordon....thank you, and don't worry, when I stumbled upon that video, five minutes after that it was saved in my files. I'll use it to make a heartwarming and slightly pornographic version of Romeo and Juliet, and probably call it Milly and Porky.... ;)