Are the Cons Planning to Shutdown Parliament? 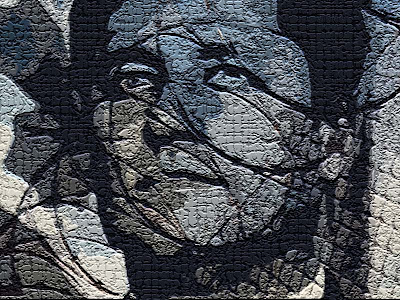 He's already the most sinister and authoritarian Prime Minister in Canadian history. He has muzzled civil servants and members of Parliament.

But the Con Torture and Rape scandal is KILLING him.

The Copenhagen Climate Summit is making him look like a planet destroyer....and his Cons look like idiots.

Rumours swirling around Ottawa suggest the Conservative government is thinking of shutting down Parliament until after the Olympics, killing some of its own bills but also ending the discussion of Afghan detainees that is nibbling away at Tory popularity.

The rumours suggest that Parliament would return in March, when the Games are over, with a new budget that could be used to provoke an election.

Shut it down until after what he hopes will be his Nuremberg moment at the winter Olympics. 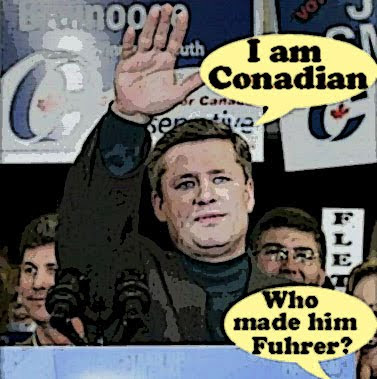 Gosh. Wouldn't it be great if when Harper waddled in he was greeted with a loud chorus of boos, just like he was last week in Montreal?

In the meantime, I think the opposition can work with this one.

Who said Parliament had to sit in the House of Commons?

Who said we can't take it to the streets? Or find a million ways to embarrass those Cons.

Who said a coalition isn't popular?

The most popular plan is a formal agreement between the two parties to share power in a coalition government, if the opportunity arises. Two-in-five Canadians (42%) support this notion, including 64 per cent of Liberal voters and 70 per cent of NDP supporters

Could this be the start of a Canadian revolution that sweeps these Cons from power?

It may be just a dream.

See you at the barricades. These sumbitches are not going to steal my democracy.

That's still 58% that oppose a coalition, and that assumes it is just a Liberal-NDP coalition. If the Bloc get involved, the support for such a coalition would rise greatly in Quebec, but opposition would be much stronger and sharper elsewhere, to the point of Western Canada likely separating.

hi JimBobby...yeah mine either. O think the best way to embarrass the Cons is to keep the Afghanistan committee going, because it's a SPECIAL committee and they can't shut that one down.
Or maybe the opposition can get together in different Canadian cities and hold a mock Parliament with the Cons represented by a bunch of empty chairs.
However, if they need a drummer boy at the barricades, I volunteer... :)

hi anonymous...true but what counts is the trend.Once, because it was so unfamiliar, and Harper was able to demonize it, it was very unpopular. Now it isn't.
The Bloc doesn't need to be brought into any Liberals-NDP coalition. As I've always said a Coalition is an obvious and permanent solution, whose time will come...

The Liberals and NDP do not have the seats needed. They have to bring the BLOC along if they want a coalition.

The next Majority government will be the Conservatives.