The Ghastly Beginning of the Con Clown Convention 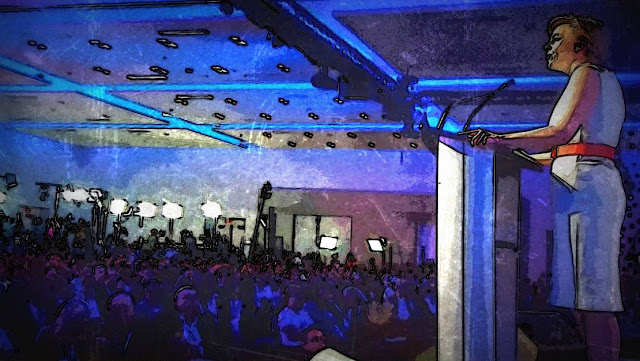 As I watched the Con leadership candidates deliver their final speeches yesterday evening I was struck by three things:

How small the convention room was, how old and white the audience.

And how absurd were those speeches

Thirteen candidates vying to replace Stephen Harper as permanent Conservative leader delivered their final speeches Friday night, pitching their vision for the country and urging party unity in the wake of a long and sometimes divisive campaign.

When most of the Cons had already voted.

And even that they couldn't get right.

Voting will continue Saturday, but the party confirmed that 130,000 ballots have already been cast and counted. Some members told CBC News they did not receive their ballots by mail in time to return them by today's deadline.

But what I found most disgusting was the way our shabby Con media tried to blow up that tacky little event into something momentous.

With the CBC turning its panel into a cheerleading section... 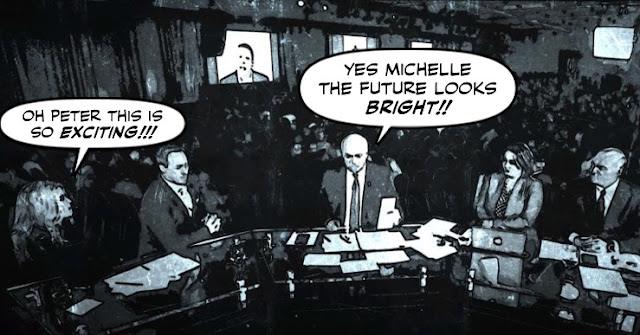 Where Michelle Rempel, Peter MacKay, Peter Mansbridge, Rosemary Barton, and Kevin O'Leary were practical jumping up and down trying to put a bright face on the gloomy situation.

Even though the event resembled a Reform Party meeting, with Kellie Leitch, Steve Blaney, Brad Trost, and Pierre Lemieux appealing to the worst instincts of Canadians.

With a toxic mixture of racism, xenophobia, and religious fanaticism that should disgust most decent Canadians.

Brad Trost repeated the pro-life, anti-same sex marriage messages that were central to his campaign, calling the traditional family the "building block of a truly free democratic society."

Pierre Lemieux also said pro-life issues must be discussed and debated by the party. He urged the party to fight against political correctness, referencing his opposition to M-103, a contentious anti-Islamophobia motion, and C-16, a bill to protect transgender rights. "It has to stop," he said.

It looks as if this Con clown is going to be crowned leader today, and most Canadians couldn't be less impressed. 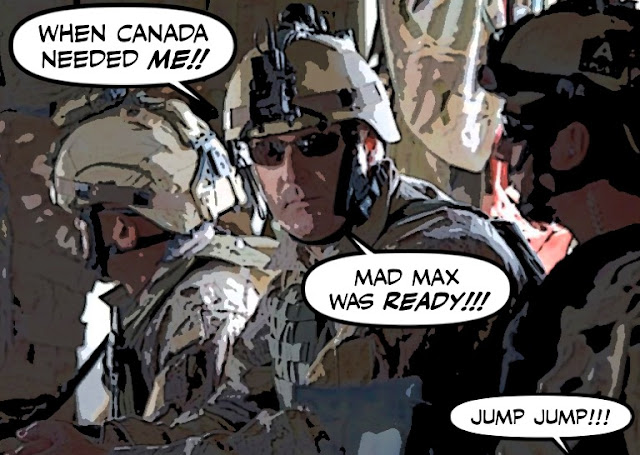 Maxime Bernier is entering the final stretch of the Conservative leadership race as the most popular candidate among Canadian voters, although the Tories continue to lag behind the governing Liberals on the key issues of the economy and Canada-U.S. relations, a poll has found.

The poll also suggests the 13 candidates in the race – including Mr. Bernier – have yet to connect with the Canadian public at large, with a significant portion of the electorate seemingly unimpressed with their campaigns or unaware of their policies.

Or more inclined to support the Liberals:

The poll also found that Canadians are increasingly supportive of the Liberal Party’s handling of the economy, which is seen as the most-pressing issue facing the country by the top Conservative leadership candidates.

Nearly four in ten Canadians (38 per cent) said that the Liberals have the best program to manage the Canadian economy, a number that stood at only 25 per cent in 2015. By contrast, the overall support for the Conservatives on this issue stands at 30 per cent, which is the same figure as two years ago.

And those Con numbers should plunge even further when more Canadians find out that Bernier, among other things, wants to gut medicare... 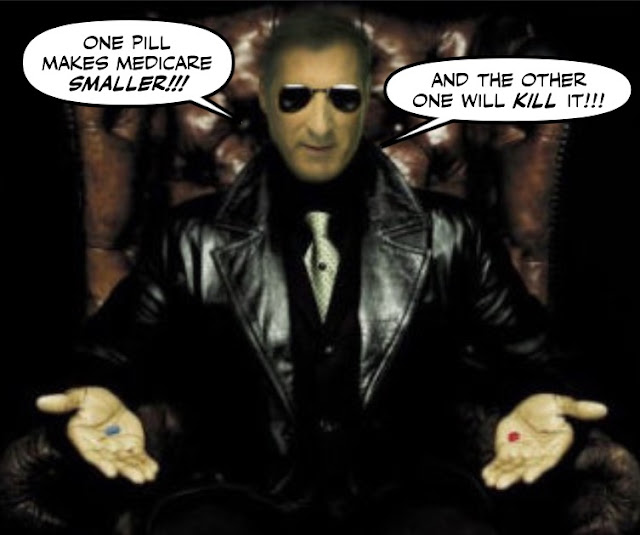 And that he's just not ready to be prime minister, and never will be.

Although he did have something else to celebrate last night.

The ninth anniversary of the day he was dumped by Stephen Harper... 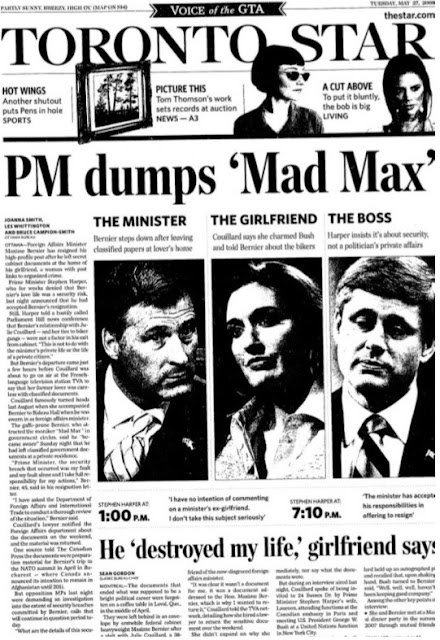 For leaving a stack of secret documents at the home of his girlfriend, a woman with past links to organized crime.

The Liberals were distributing that newspaper clipping last night, and I've got a file about three inches thick on Bernier.

So my guess is that if he does become Con leader, the Canadian people are also going to dump him in the garbage can of history where he belongs... 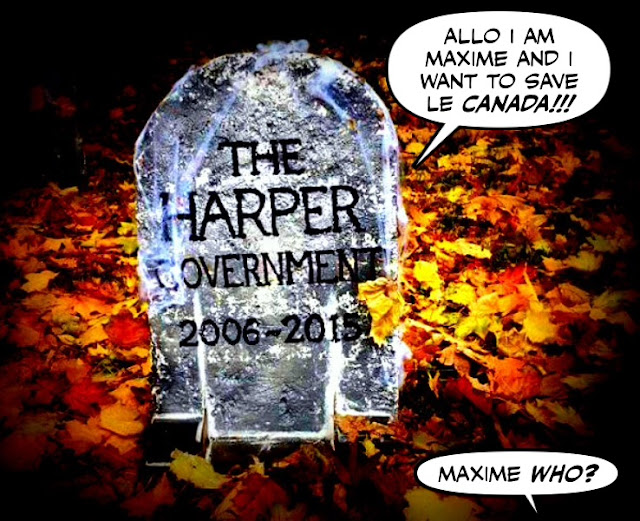 They don't call him the Boob from the Beauce for nothing.

They remember the Decade of Darkness all too well.

And the Cons aren't coming back for a long, long time....

This whole thing has taken so long, one wonders if it was designed to lend momentum to the next general election campaign. It certainly allowed an embarrassment of far-right riches to be displayed for far too long, seeming to accentuate the Cons pathetic dilemma instead of quickly moving past the utter failure that was the Harper regime. The moribundity had long been palpable, but, wouldn't ya know, the far-right wingnuts figured their time had finally come. Well, yes, as fringe parties dreaming of proportional representation and balance-of-power hostage-taking. This is what will have to happen if the Cons fail (that word, "fail," is almost tattooed on their withered hides) to elect a moderate leader. And, finally, we'll all get to agree that it was meant to be.

Let's not underestimate this Con clown no matter how pathetic he is. Stephen Maher has already published an article saying that he is "not radical" and Canadian media is already dry humping the vapid and vain Jagmeet Singh in hopes of hitting that sweet spot on the vote split. We could lose our medicare.

The only "bright spot" for me last evening was CH......her body language says it all!

It's actually a convention, one with different ideas and different people. This isn't a coronation led by daddy's little man and his hair.

Bernier literally inherited his riding from his daddy. He is an airhead who left classified NATO documents at his biker girlfriend's house. Go away.

He didn't win and 13 ballots when was the last time a lieberal convention went on for that long?

Sure wasn't when daddy's boy was crowned. Or should we say Gerald Butts.

hi Scotty...they won't elect a moderate leader. Chong and Raitt are the only ones in the running and they don't stand a chance. What happened to the Cons in their last year in power was no accident, and Trump has only made many of them even more right-wing crazy. They will try to paper over the divisions but sooner or later they will burst into the open....

hi anon...I never underestimate any Con. They are all dangerous. But fortunately they are going nowhere in the polls, and we have all the ammunition we need to destroy them...