Donald Trump: Crazy Like a Fox or Just Crazy? 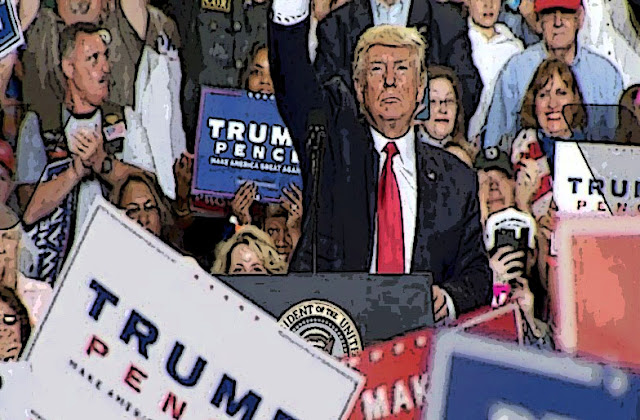 Last weekend I watched Donald Trump celebrate his first 100 days in power with a rally in Pennsylvania.

And a speech that Michael Gerson in the Washington Post called the most hate-filled in modern history.

A deranged rant where Trump attacked his political opponents, the media, and refugees   in a manner that had to be seen to be believed.

One that culminated with a poem that compared refugees and migrants to vermin.


And when it was over I was left wondering whether Trump was using that poem to try to  put pressure on Congress to give him the money he needs to build his Great Wall of Mexico.

Or whether as Thomas Friedman suggests, the pressures of the presidency are driving Trump over the deep end.

Has the first 100 days of the presidency made Donald Trump nuts? I don’t ask that question as a doctor. I don’t do medical diagnoses. I ask it as a newspaper reader. You read all of Trump’s 100-day interviews and they are just bizarre.

Is this a political strategy unfolding or a psychiatric condition unfolding? I don’t know — but it tells me that absolutely anything is possible in the next 100 days — both good and bad.

For at a time when more than 50-thousand mental health professionals have signed a petition stating that Trump is “too seriously mentally ill to perform the duties of president and should be removed” under the Twenty-fifth Amendment, it seems to me that the alarm bells are ringing.

And while Friedman concludes on an optimistic note, by suggesting that California might be able to thwart Trump's agenda, I'm not reassured.

I can't help wondering whether Trump's chaotic presidency is driving many Americans over the deep end, and preventing them from realizing how dangerous he really is... 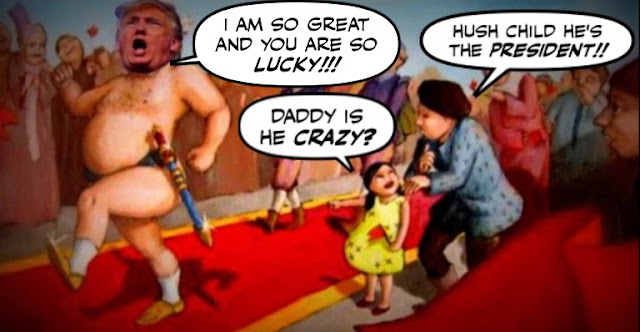 So far they have been lucky, and the U.S. has not been hit by any major crisis.

But sooner or later that luck will run out.

The snake will turn out to be Trump himself. 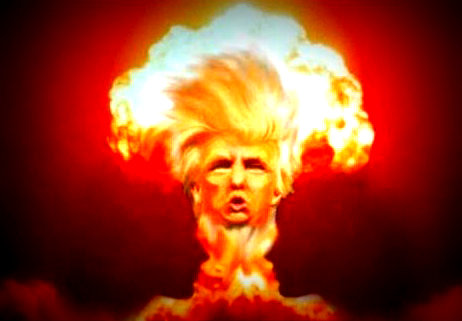 The American psyche has taken many a hit. This one may do them in.

Trump is crazy like a Fox and he has a lifetime track record to prove that.

He is not crazy but his vision for America is. Some narcissists are content with a massive statue dedicated to them but Trump wants to transform the country into a beautiful complex modeled after one of his towers. Great if you can afford a suite or have the skills and subservient devotion for a support function but not so great for the majority. Therefore to complete the project, at some point in the not too distant future the majority will have to be stripped of their power.
He honed his skills as a business tycoon and discovered that chances of winning greatly improved if you are not too picky about where the $ support comes from and that government bureaucracy legal or otherwise can be brought to heel if you know the right buttons to push. Like a safe cracker he brought the tools of his trade with him and is busy working the tumblers on the "freedom safe" while distraction reigns supreme all around him. The only upside is that the vision of world Empire is over unless he gets cornered and war is the only route to the end game. A mile marker along the path will be how the Kim story evolves. Will Kim have enough confidence in the transformation of America to buy a suite or will a Trump sponsored war be necessary in order to buy more time. Freedom is a hard safe to crack!
RT

Some of Donnie Demento's bizarre antics are definately an act to piss off Democrats but when one takes a look at the last 100+ days I tend to agree with the mental health professionals. Trump is simply not that good of an actor.
One of the factors that supports the crazy label is that cases of Dementia have dramatically increased in the last 20 years and Trump's age has him sitting right in the crosshairs of this disease.
Add to that his penchant for treating his digestive tract like one would treat a KFC dumpster and you have a recipe for disaster.
His blood pressure must be sky high along with his cholesterol levels so I wouldn't be surprised if The Donald is befallen by a massive stroke or heart attack.
So pick your poison, will Trump leave us via the morgue or will he end up weaving baskets at the Shady Acres Insane Asylum?
Simon, after very little deliberation, my verdict is he's as nutty as a fruitcake.
JD

is he nuts? who knows, perhaps his wife who hasn't joined him in the White House and I don't think its because the son is going to school in New York Having read, some of Trump's interviews instead of listening, its very strange. in complete sentences I suspect its because he has lost his train of thought.

The American government is more or less running itself, i.e the bureocrats. Trump has appointed his cabinet ministers but the next 2 or 3 levels, not so much. they are all running on half assed information. if it does, they might have to put him in a little room with locks. He is a bully and he is trying to use those tactics. I don't think he is crazy like a fox. he isn't that much of a thinker. he's a bull dozer and if that doesn't work, he will be in trouble. I side with the shrinks, the guy is bad shit crazy and we need to just not think about it too much.

hi anon...well considering the state of Fox News, I'm happy to agree with that...

hi liberalandlovingit....yes, our poor neighbours have been on a nightmare ride. I can barely handle Trump myself, and I live here. I just hope that their better angels can lift them out of that morass...

hi Steve...I don't know whether Trump is suffering from some physical or mental condition. But as your post illustrates, he is a psychopath and unfit to be president...

hi RT....nice to hear from you again. As I've said before I don't know if Trump is suffering from some kind of mental condition, or the first signs of demential that killed his dad Fred. But you're right, he is a monumental narcissist, and despite all his wealth and power he is a very insecure man. All of which I suppose I could live with if he wasn't so ill prepared to be president. I read recently that he has a button on his desk that he pushes to get a butler to rush in with a diet Coke. And I truly fear what button he might push if or when he is confronted with a real crisis....

hi JD... I also suspect that he is suffering from some kind of physical condition that affects his behaviour, and among other things apparently prevents him from sleeping more than a few hours at night. His doctor needless to say does not inspire me with much confidence. And let's not forget that it has happened before. Ronald Reagan suffered from Alzheimers to such an extent that some of his closest advisers seriously considered whether it might be necessary to remove him from office. I doubt that will happen to Trump, but the fact that he speaks publicly about not enjoying the job after only 100 days fills me with the hope that he could just quit one day. But then the more I think about that the more I question my own sanity... ;)