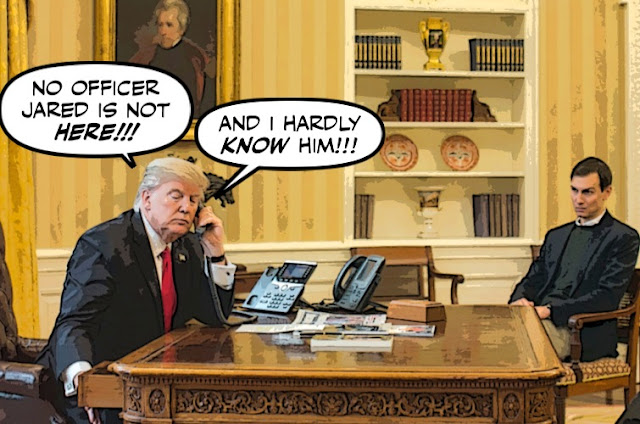 Donald Trump may be back in the White House, after his disastrous tour of the Middle East and Europe. But he's not a happy man.

He has "family problems."

Jared Kushner deserves a bit of sympathy. All his life he’s been serving his father or father-in-law. All his career he’s been thrust into roles he’s not ready for. His background has ill prepared him for national government. Now he is in a realm where his instincts seem to lead him astray and where there’s a chance he will end up in disgrace and possibly under indictment.

He must be wondering whether Jared and him are going to end up in the Big House together.

So it couldn't be a worse homecoming. 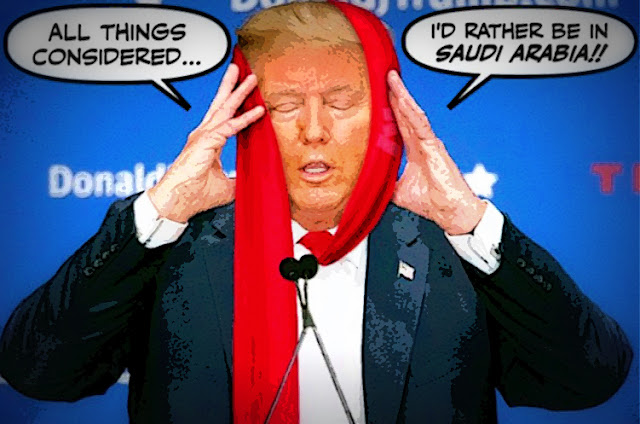 Trump returns to the White House this week just as he left -- lonely, angry and not happy with much of anyone. The presidency, Donald Trump is discovering, is not an easy or natural fit.

"He now lives within himself, which is a dangerous place for Donald Trump to be," says someone who speaks with the President. "I see him emotionally withdrawing. He's gained weight. He doesn't have anybody whom he trusts."

Trump has been staying up late, and tweeting crazy stuff...

And when late last night he tweeted out this cryptic message:

It’s a good guess that the word he was looking for was “coverage.” But the tweet, and the thought, remained incomplete. Within 45 minutes, it had been retweeted more than 25,000 times and “liked” more than 30,000 times.

With people all over the place wondering whether Trump had collapsed in mid-sentence...

Or had taken the wrong drug, or rubbed the wrong orb...


Or was fighting with Melania. Again... 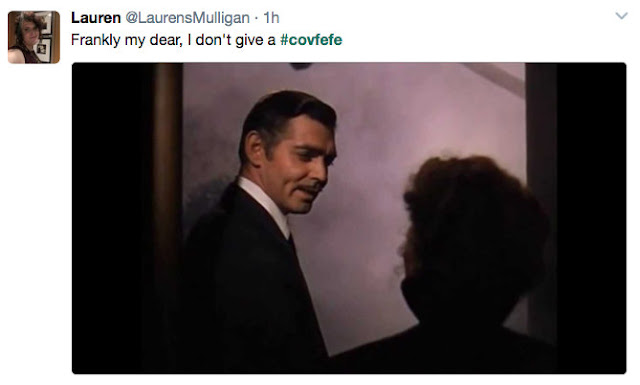 Or had finally lost his mind... 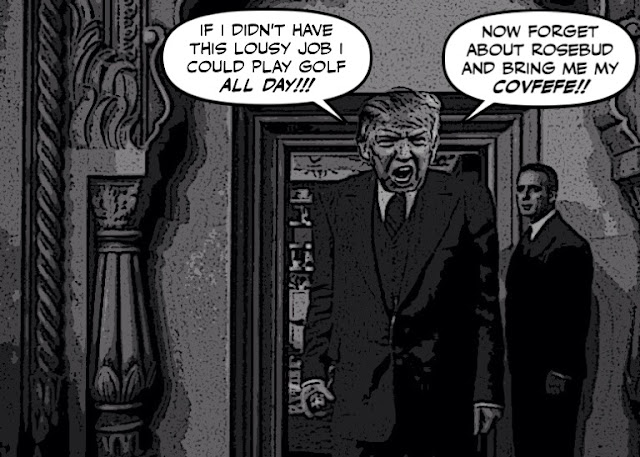 As for me, I think that all of this just proves once again that Trump has neither the mind nor the stamina to be president.

Last week, at the Group of Seven meetings, the leaders of Britain, Canada, France, Germany, Italy and Japan together walked the streets of Taormina, Italy, to a photo op about 700 yards away.

President Trump, the healthiest man ever elected president (or so his doctor assured us), followed in a golf cart.

Trump clearly prefers to experience life through the windshield of a golf cart. Once you understand that, his policy agenda and worldview make a lot more sense.

He's out of his depth, he can't keep up, the stress is getting too much, he hates his job.

And all that remains to be determined is when will he resign?

Or when will he collapse?

And when he finally does, will he require a pair of golden handcuffs?

Or will a strait jacket be good enough? 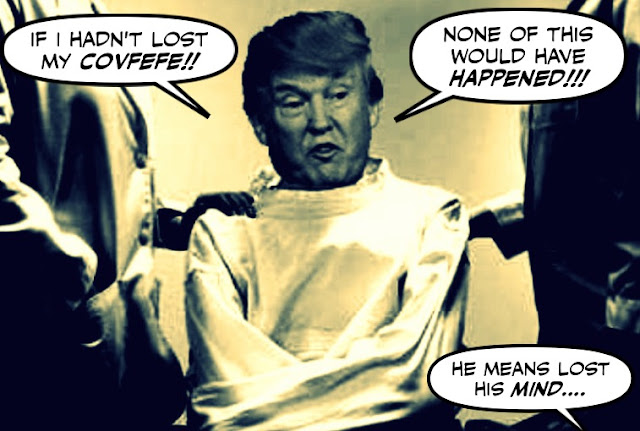 Don't worry, Simon. Trudeau's been calling Donnie on his cellphone to reassure him that he's still the bestest president ever despite all the covfefe from the fake media.

A bit oblique, the the papers on his desk appear to have lots of colourful pictures. I couldn't quite make out speech-ballons.

Well, I remember reading that some of Brian Mulroney's staff used storyboards when briefing him and Mulroney was delighted. And Mulroney, much as I disliked him as PM was and still is several orders of magnitude smarter and (choke) more decent than the Orange One.

It may be that a) Trump's staff have discovered that a Mail on Sunday tabloid format with nice colours gets Trump's attention sometimes or the papers may be tabloids where Trump gets much of his ideas that Fox does not supply.

They certainly don't look like any working documents I've ever seen (or translated).

(with apologies to Drake)

the neopotism and lack of a blind trust in the WH is grounds for impeachment. The Russia stuff no. We here about Russia cause everyone is doing inside deals.

DONALD TRUMP YOU'RE UNDER ARREST!!!

hi anon....actually it is reassuring to know that Justin Trudeau is calling Trump. I truly believe that he is one of the few people on earth who can moderate his behaviour. And as I'm sure you know it's important to keep that maniac reasonably happy since tens of thousands of Canadian jobs are at stake...

hi scotty...he apparently likes everything, including his security briefings, presented to him in comic form. And no longer than a single page. No only is he a thug and a pig, he's incredibly dumb...

hi lagatta....no they don't, and with good reason. Trump likes to collect magazines with stories about him. When Time made him Person of the Year I remember seeing a stash of about 10 Time magazines on his desk. So yes, it is one scary beast and it is dangerously dumb...

hi anon....hey wait...that's MY dream line. Bursting into the Lincoln bedroom, telling him to stop desecrating the place, and leading him away in his bath robe... ;)

There's nobody who can moderate Trump's behaviour--that's just a story being spread around to normalize Trump's nepotistic hiring of Javanka. In Trumpland, if he's winning, you're losing. He beats up his staff everyday to prove it. If Justin's worried enough about Canadian jobs to be calling Trump, he's losing and so are we.

He would most likely shoot you dead
Simon.