They used to work together so well, like two old soft shoe shufflers on the election campaign circuit.

Donald Trump singing out "Lyin' Hillary Clinton" and Gen. Michael Flynn leading the chant "lock her up, lock her up."

It was practically an American love story.

But then Trump made Flynn his national security adviser, and it all went horribly wrong. 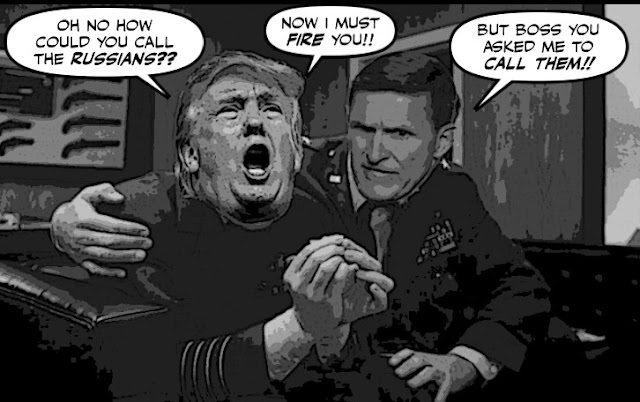 The shattered Trump was forced to fire Flynn, after it was revealed that the general had lied about his Russian contacts.

And yesterday that scandal got even bigger when it was also revealed that even though Trump was warned about Flynn he did nothing for weeks.

Less than a week into the Trump administration, Sally Q. Yates, the acting attorney general, hurried to the White House with an urgent concern. The president’s national security adviser, she said, had lied to the vice president about his Russian contacts and was vulnerable to blackmail by Moscow.

But President Trump did not immediately fire the adviser, Michael T. Flynn, over the apparent lie or the susceptibility to blackmail. Instead, Mr. Flynn remained in office for 18 more days.


Which had Sen. Al Franken wondering why it took so long to fire Flynn...

Especially since Barack Obama had warned Trump not to hire him. 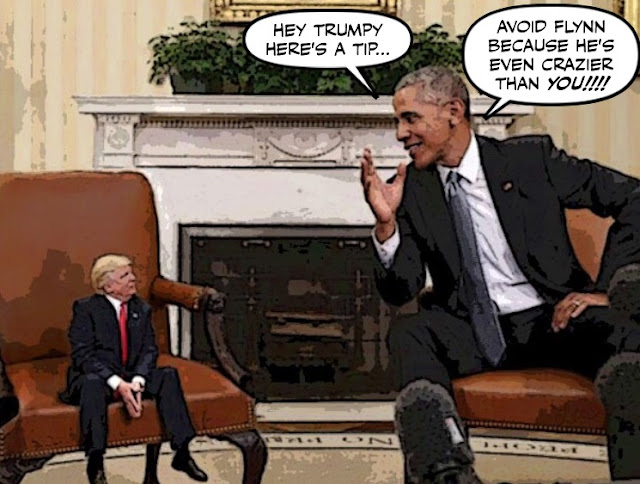 Which had others wondering why Trump still went ahead and hired Flynn, and then fired Yates instead.

It's devastating stuff, and although the orange oaf is still doing his best to discredit her.

Yates' testimony can only make even more people wonder about Trump's relationship with Vladimir Putin... 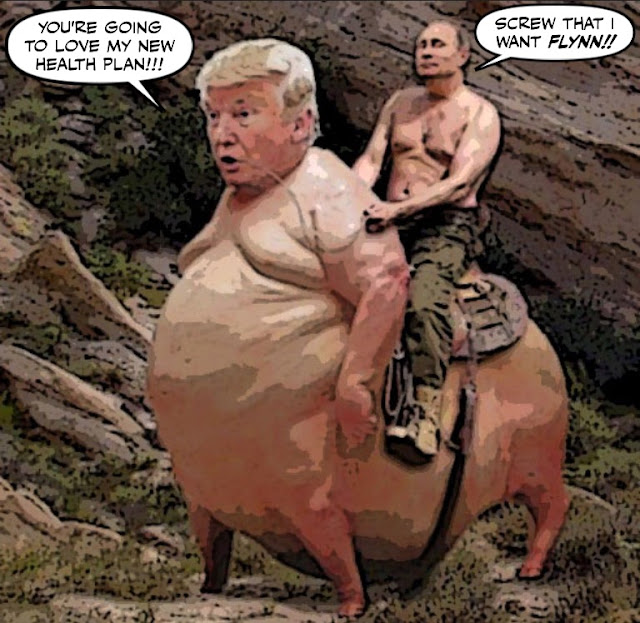 And has Keith Olbermann declaring her an American hero...

You know, it's frightening to imagine what might have happened if Flynn had managed to remain Trump's national security adviser.

The day Flynn goes down.

Flynn, and the cover-up around him are the keys to blowing this story wide open.

Yates laid it out in a simple statement everyone should understand. Her concern was that Flynn lied to Pence about unauthorized sanction discussions with Russian personnel, Pence repeated this lie to the American public thus compromising American security to potential blackmail at the highest level.
Eventually the investigation lead to other significant security breaches that Flynn will be charged with. In this case the normal course of action is the Duffy scenario where Flynn would be enticed to take the fall, admit guilt for a minor sentence and greater rewards afterwards. This avoids a public trial and the appointment of independent prosecutors as the president and vice would likely have to testify and its bad form to have the prosecution team reporting to them. The main fly in the ointment with this scenario is that if the FBI find potential evidence of conspiracy, Flynn would have to rat out the fellow conspirators to cop a plea. This does not help Trump as they all reported to him so he would loose control of the prosecution team if any are charged.
In desperation he has just fired the head of the FBI to up the odds that there is no conspiracy proven, Flynn cops a plea, gets a minor sentence for an "understandable oversight" and life goes on. If he pulls it off its the beginning of the end for any form of democratic freedom in the US. Constitutional crisis here we come!
RT

I thought Flynn had already shopped himself around for a deal-
and the offer was 'nothing'.

The fake president's day of reckoning cant come soon enough Simon.
I can no longer tolerate looking at or listening to this monumental POS.
My only concern now is what he'll try to do to deflect attention from his corrupt regime.
And now he's fired James Comey. Shades of Nixon going on here Simon?
JD