Lisa Raitt and the Kamikaze Candidate 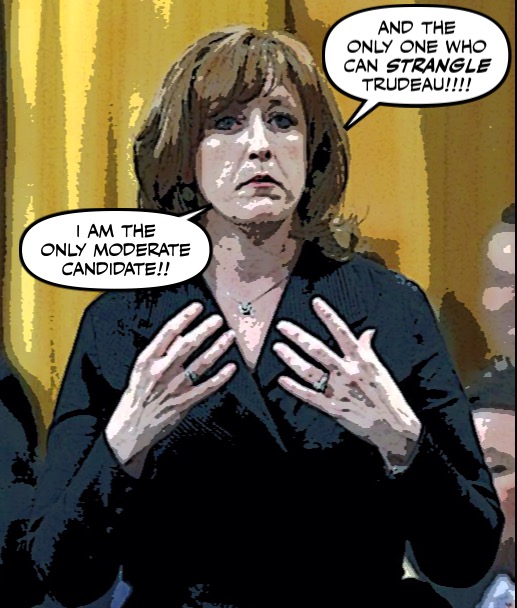 The hapless stooges in our corporate media like to describe Lisa Raitt as the most "moderate" candidate in the Con leadership race.

The one who is so "nice" she doesn't stand a chance in that collection of racists and religious fanatics.

But of course we know better. We know that all things are relative.

And that when Raitt is riled up, she can be as crazy as all the others. 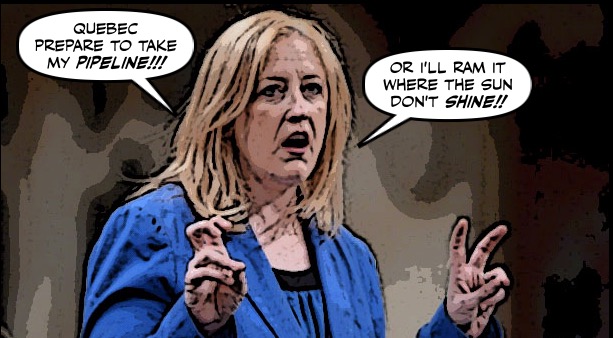 She said that if she were elected leader of the federal Conservatives — and eventually, as prime minister in 2019 — she would use Canada's controversial notwithstanding clause to get the Energy East pipeline approved.

And if that sounds deranged, this sounds desperate.

"I know it's a risk and I know I will never get elected again, but you will have a pipeline," she told party members in the small northwestern Nova Scotia town.

It's the craziest things she's said since she allowed Canada to run out of medical isotopes, only to be overheard telling her assistant that "cancer is sexy."

And it should at the very least earn her the title of the "Kamikaze candidate." 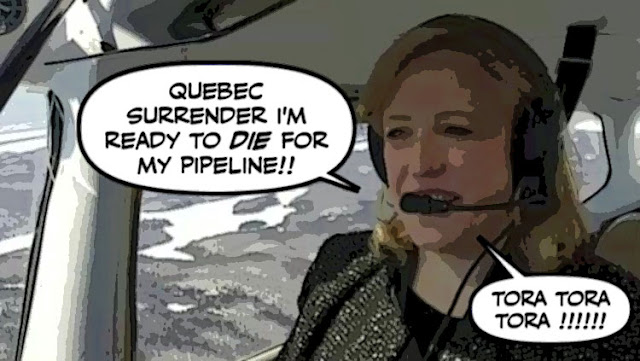 But then aren't they all?

Yesterday I told you how Erin O'Toole was threatening to come after Justin Trudeau in his Top Gun jet fighter. 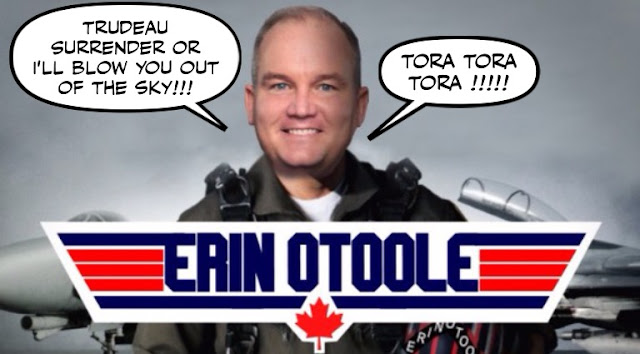 Until it was revealed that the fighter was a helicopter, and he was a navigator not a pilot.

And we all know what happened to Kevin O'Leary... 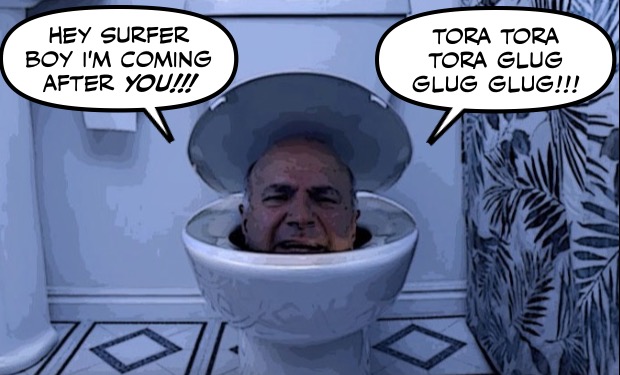 Who also talked up a storm, but went down the tube before he could deliver.

None of those Con clowns stands the slightest chance of defeating Justin Trudeau.

Their leadership race is a farce.

And those losers are going nowhere... 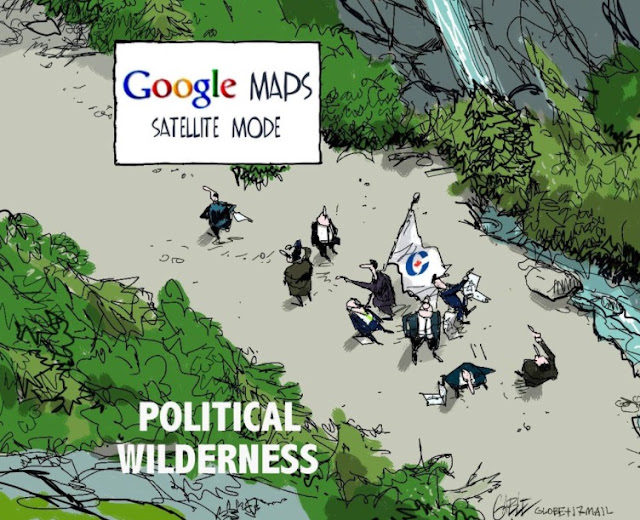 As one who lost a mother and sister to breast cancer and survived it myself, I'll never forget Ms. Raitt's comment that "Cancer is sexy". I certainly didn't find it so during the time I spent in treatment or serving a caregiver during my mum and sister's final months, but I'm broadminded - no accounting for tastes, eh?

Glad you're blogging again, Simon. I hope your recovery is speedy.

Good stuff Simon, I hate how the CON media peddles people who are slightly less crazy than Leitch or Bernier as "moderates." They need to be called out. The only one who doesn't deserve scorn is Michael Chong, and if he ever became PM his fate would be similar to that of Malcolm Turnbull's in Australia, a moderate leader shackled and rendered unrecognizable by the zealots in his party.
I don't know if you heard about this, but it seems like there is an Ezra connection to the French hacking story. People like Jack Posobeic and Thernovich were pushing it before it dropped, they obviously had prior knowledge. French authorities have taken a hard line and let's face it, French Intelligence is not exactly known for being nice. Could be some delicious icing on the cake.

Hi anon...I'm so sorry about your losses, even as I celebrate your survival. I try not to judge people too harshly, but anyone who could say something like "cancer is sexy" is hard to forgive. When I was student at McGill I worked nights in a cancer ward at the Royal Victoria Hospital. And although many patients inspired me with their strength and courage, and we did share many laughs, I did learn when I was very young that cancer is not funny.
Of course, now that I'm all bashed up, those who know me must be wondering where's his courage, and when will he stop complaining? ;)

Hi anon...if the Con media had the slightest grip on reality they would have declared the Con leadership race to be an absolute joke instead of straining to give it the trappings of legitimacy. And I agree with you, Chong is definitely the best of a bad lot, but he's too nice to have a chance. As for the Rebel's connection with the Macron hacking, I think I'll make that the subject of my next post. After what I've seen in Europe I really want to warn complacent Canadians that what is happening there could very easily happen here....

Please do Simon, I believe Russia will use The Rebel as a tool to spread disinformation and if we aren't smart, our media will do what the American media did to Hillary Clinton.
What strikes me about people like Ezra Levant and other nationalistic flag wavers, is that they hate this country so much, they hate our Constitution and everything they stand for. I think they would feel much more at home in a nationalistic and impoverished nation like Russia, don't you?

there will be more important issues coming up in the world than getting a tar pipeline to the maritimes. Raitt has to understand she can use the opting out clause and so can Quebec. Come to think about it Quebec can always leave so where would Lisa be then. Oil is going to be less important as the years go by.