Trumpland and the Need for Resistance 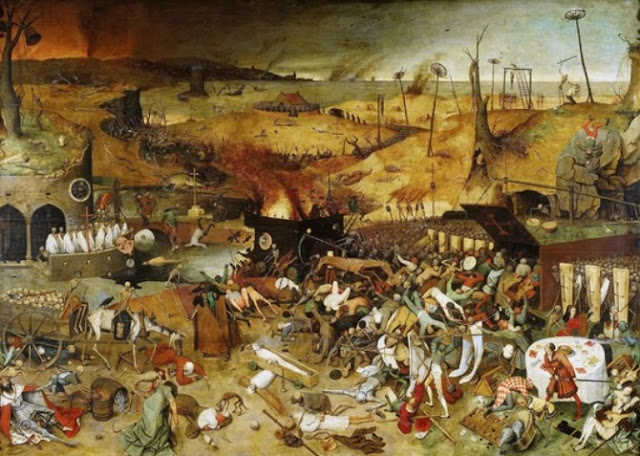 At a time when the whole world seems to be unravelling, or going mad, I'm not really interested in hearing from those trying to explain how we got to this nightmarish Trumpland.

Because for me at least, the explanation couldn't be simpler or more obvious.

And this little video sums it up well.


How did Donald Trump win the election?


Not enough progressives bothered to vote, and too many wasted their votes on third parties. Because in their little minds Clinton was worse than Trump.

You know, like the losers in this country who are always wailing "Trudeau is worse than Harper WAAAAH!!! And would deliver us unto the Cons with apples in our mouths.

And while that is depressing, there's nothing we can do about that now. As Obama said the other day not voting has consequences. And so does idiocy.

But who I am interested in hearing from, are those who can explain to those dolts the situation we now find ourselves in thanks to them.

As Andrew Sullivan does here. 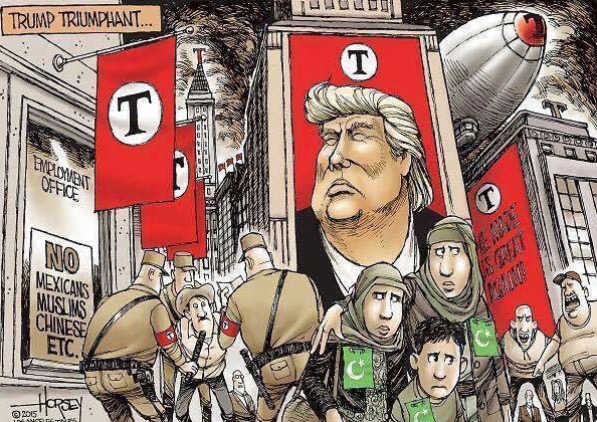 This is now Trump’s America. He controls everything from here on forward. He has won this campaign in such a decisive fashion that he owes no one anything. He has destroyed the GOP and remade it in his image. He has humiliated the elites and the elite media. He has embarrassed every pollster and naysayer. He has avenged Obama. And in the coming weeks, Trump will not likely be content to bask in vindication. He will seek unforgiving revenge on those who dared to oppose him.

A country designed to resist tyranny has now embraced it. A constitution designed to prevent democracy taking over everything has now succumbed to it. A country once defined by self-government has openly, clearly, enthusiastically delivered its fate into the hands of one man to do as he sees fit. After 240 years, an idea that once inspired the world has finally repealed itself. We the people did it.

While also explaining the urgent need for resistance.

We will need to march peacefully on the streets to face down the massive intimidation he will at times present to a truly free and open society. We have to hold our heads up high as we defend the values of the old republic, even as it crumbles into authoritarian dust. We must be prepared for nonviolent civil disobedience. We must transcend racial and religious division in a movement of resistance that is as diverse and as open as the new president’s will be uniform and closed.

Or as Owen Jones writes, the need for an all out war of attrition. 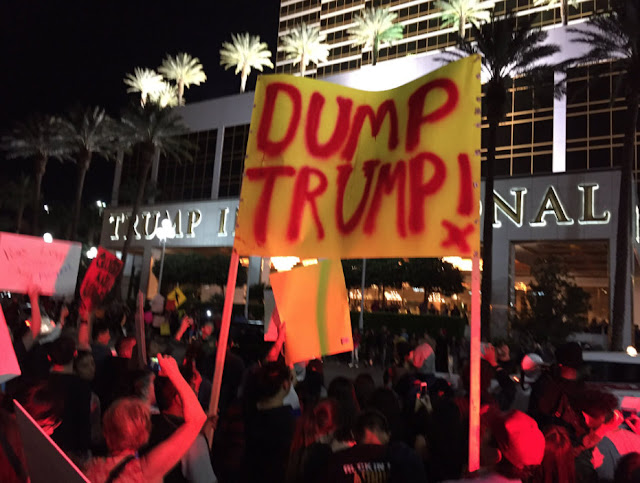 His ghostwriter has called him a “sociopath” whose presidency risks “the end of civilisation”. He is appointing extremists to the White House: in a call for vigilance to the American people, Republican strategist John Weaver declared that “the racist, fascist extreme right is represented footsteps from the Oval Office”.

As John Oliver puts it, Trump being president “is not normal”, and his rule should never be normalised. His opponents should refuse to accept the legitimacy of this president and – like Republicans have done before – refuse to co-operate and begin a nonviolent war of political attrition.

Jones also explains, as I have tried to do, why this is not just an American problem, but a global problem.

The problem is the entire world is now subject to the writ of the leader of the last superpower. We are all, to a degree, under his dominion. The American people have a struggle on their hands, not just to preserve their democracy and republic, but to fight for the rest of us, too. There is a long tradition of marching in solidarity with people in foreign countries standing against their own rulers.

And that we must all do what we can to support and help progressive Americans resist that fascist monster.

And in that regard I'm really glad to see that hundreds of thousands of protesters are already marching all over America... 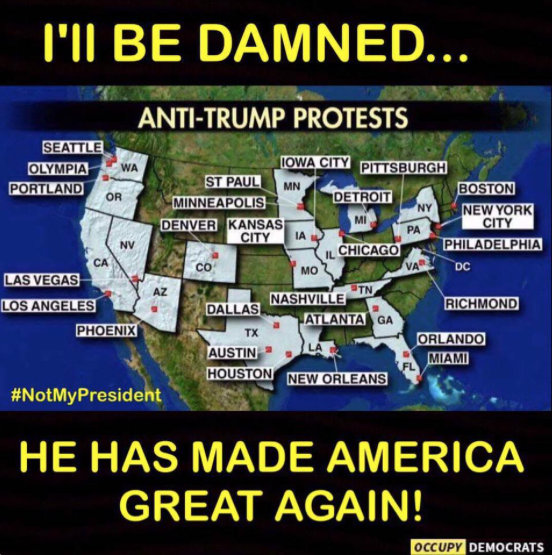 And that many of them are high school students... 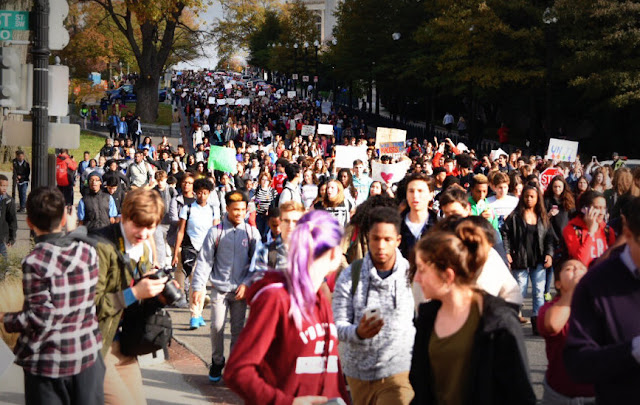 Who have been walking out of schools to join the protests in the streets like they never have before.

Which couldn't be more moving...

And since they are the future, we can be sure that the future belongs to us.

In the next few days and weeks I will try to come up with ways we can help our good neighbours in their epic battle for democracy and decency.

And ask you for your suggestions.

For it is our struggle too. The survival of the planet is at stake.

And we are all The Resistance... 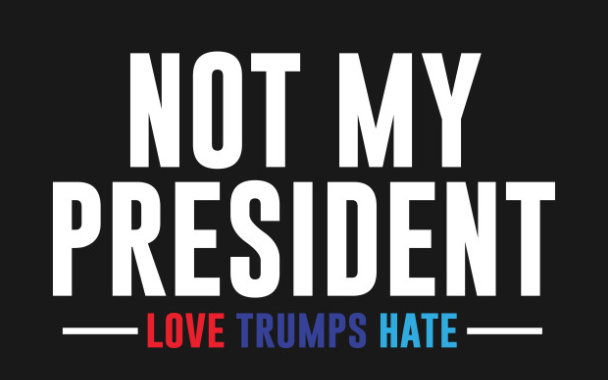 Trump will truly go down in history as ....fill in the blanks

The media and marxist teachers have got these poor uninformed youths whipped up into a frenzy. Most of them probably don't even know what "foreign policy" means, or how many judges are on the Supreme Court. All they've been told is Trump is a racist misogynist Hitler and that is enough to get them foaming at the mouth and parroting their useless little slogans.

It reminds me of that recent video where millennials were asked why do you support Hillary and they couldn't come up with a single reason besides she's a woman and she's not Trump.

These kids protesting (the ones who aren't being paid of course) are the epitome of low information voters. These are the same people who watch John Oliver for their news and think he's totally non-partial.

The left is at it again with their dog-whistle rhetoric, let's just hope no one gets killed.

in my thesis, i am trying to identify elements of trump's speech that evidence his misuse of heterosexual masculine power. it seems infinitely miniscule thing to do...
i'm still looking for ways to use my findings in the bigger fight for saner use of power in politics, beyond academia...

i won't pretend to know how to stand most effectively in the way of hate but i suspect that letting go of one's piece of cheese for the benefit of another is a good way to start. not all of us need to fill the streets but all our hearts can make a small community big and a quiet voice loud.

btw MC, in every crowd, there are some who are confused (why would you even expect anything else - on both sides... please, permit me to say 'duh'). but i'd be very careful not to commit your own crime >>foaming at the mouth and parroting [your] useless little slogans<<. it's clear you care. be constructive.
cheers.

hi anon...since nobody answered your excellent question let me make a guess. The last Republican President for at least a generation....

hi MC...please don't denigrate young people who are the most progressive generation ever. Not when they are genuinely outraged by the bigotry of Trump and his supporters. And their hearts are in the right place...

hi Luce... everything Trump says or does for is an affirmation of brutish heterosexual masculine power. But the new generation doesn't support that kind of male supremacy, and it will eventually be the downfall of Trump and his Republican Party...

This is America's problem. Only they can solve it. Granted there are others in the world who will be impacted by the change in government, but it is only the U.S.A. who can solve their problems. Trump doesn't care what people think of him. He will do as he pleases. Now, he will most likely go over board and be impeached so we can all look forward to that.

In the meantime, we here in Canada have enough of our own problems and I'd suggest we attend to them or have we not seen the latest report on the condition of children in Canada. We in B.C. have had the highest rate of child poverty in Canada for the past 15 years and F.N. people live in 3rd world conditions, many with out clean running water. So let the Americans clean up their mess, we can't and let us as Canadians clean up what we can, our mess.

Let us remember at one time the U.S.A. WAS An isolationist nation. They can become that again their place in the world as the leading economy comes from trade. If Trump want to end that, well I'm sure other countries will pick up the slack. As to military might, lets not forget at one time Germany and Japan had huge military installations. They may again. How this all turns out, who knows. The world can survive with out American, but can they get on with out us, and maintain their standard of living?

The real day of recogning comes when those who voted for Trump discover he is not delivering on his promises and he did not improve their lives. Most of those people have guns.

On Nov. 7, Leonard Cohen died. The next day Trump wins the Presidency.

"I felt a great disturbance in the Force, as if millions of voices suddenly cried out in terror and were suddenly silenced. I fear something terrible has happened."
―Obi-Wan Kenobi

"I'm coming to reward them. First we take Manhattan, then we take Berlin."

Donald Trump Is Picking His, Cabinet. Here’s a Shortlist.
http://www.nytimes.com/interactive/2016/us/politics/donald-trump-administration.html

hi e.a.f...yes of course we must take care of business here in Canada, but we must also help our American neighbours fight Trump. For what he is about to do to this country won't be pretty. Our trade with the U.S. is going to go south, his policies will force the Fed to raise interest rates which should blow up the housing market, and when the fools who vote for him realized they've been suckered, the whole of North America will go up in flames....

California has a huge agra business. If tariffs are established against that there will be problems for California because Mexico, Australia, South American will be happy to take up the slack. Just the number of vacation trailers sold in Canada is huge for the Americans. They don't come into Canada, there will be more unemployment in the U.S.A. of course a lot of this will require a vote from Congress and many of those politicians are not keen to have high unemployment in their states.

What some American politician would like is higher tariffs against Canadian lumber. That may well happen so it is important that the industry develops other markets. Once Trump gets the message the world can survive without the U.S.A. and his supporters realize an isolationist policy isn't going to provide employment, there may be a "review" of his positions.

Let's hope so Simon..... but what Trump said about Obama is prophetic for him... that is the worst President in American history