The Existential Threat of the Monster Donald Trump 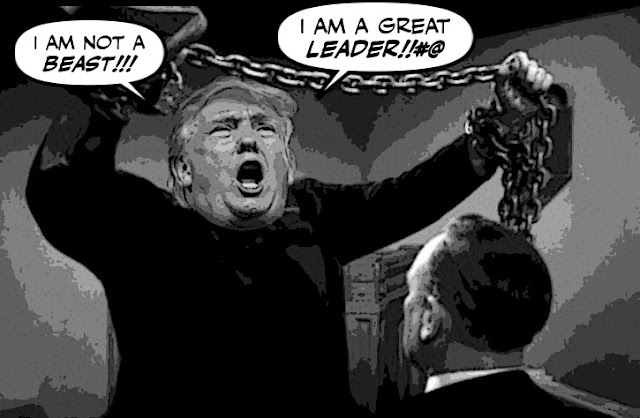 As you know ever since Donald Trump announced that he was running for president, I have portrayed him as a monster.

And tried to make fun of his absurd delusion that he is fit to be the president of any country, let alone the United States.

But with just four days to go before the Day of Judgement, and polls suggesting that Trump is now dangerously close to Hillary Clinton.

I think the time has come to be deadly serious, and do what must be done to defeat this ugly fascist. 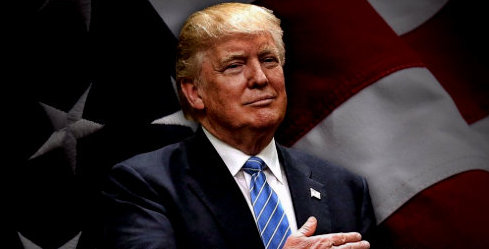 For as Charles Blow writes, he is now an existential threat to everything decent, and this is madness.

I leave it to others to make predictions about how all this will play out, but I feel that I must say again, and until the last minute and with my last breath: America, are you (expletive) kidding?!

I simply cannot wrap my head around how others with level heads and sound minds can even consider Trump for president of this country and leader of the free world. The logic simply escapes me.

All decent people must oppose him, for this is who he is:

Donald Trump is a bigot.

Donald Trump is a demagogue.

Donald Trump is a bully.

Donald Trump is a cheat.

Donald Trump is a pathological liar.

Donald Trump is a nativist.

To put it more succinctly, Donald Trump is a lowlife degenerate with the temperament of a 10-year-old and the moral compass of a severely wayward teen.

Those who support him can say what they want, but they are just as rotten as him.

There is no way to make a vote for him feel like an act of principle or responsibility. You can’t make it right. You can’t say yes to Trump and yes to common decency. Those two things do not together abide.

And they will be held accountable.

Those who still can't imagine what a Trump presidency might mean for America and the world should imagine this.

And those who still don't see him as a lowlife degenerate should just watch his latest attack ad...

For it speaks for itself, and makes it blindingly clear why he is the one unfit to be president.

Donald Trump is a monster and an existential threat.

He is as I have always portrayed him.

And he must and will be destroyed... 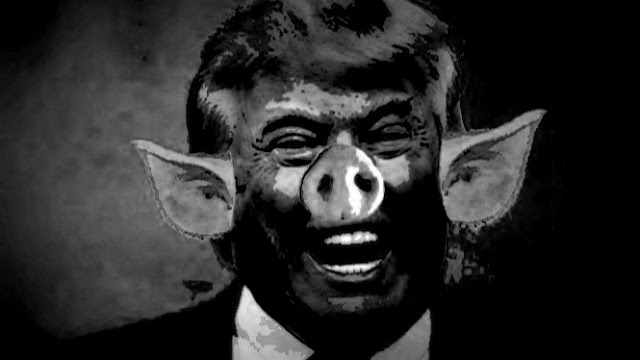 Labels: American Democracy, Donald Trump, The Madness of Trump, The Race for the White House

Trumpland of the FBI, as it is reported, is exceedingly frightening. All the leaks, including Russian/Trump angle are deplorable. The means do not justify the end.

Although I am a Christian, I am disgusted that there are Christians in the US who would vote for this idiot:

Going into panic mode are we? You had your day in the sun when Trudope won our election. He got blasted on Rick Mercer and 22 minutes this week it was quite refreshing.

This is the end. Trump is going to win. I am looking forward to your post the day after the election.

Seth Meyers goes on rant comparing accusations against Hillary Clinton and Donald Trump: 'How do you choose?'
http://www.businessinsider.com/seth-meyers-how-do-you-choose-donald-trump-hillary-clinton-2016-11

hi TS....they are trying to suppress the vote, they are planning to intimidate voters, they are threatening armed violence if they don't win. The Russians, Wikileaks, and the FBI are working to defeat Clinton, and you're right this is a living nightmare...

hi David...yes, many in the alt-right movement refer to him as the Emperor God. You meticulously record the fact, and it still comes out sounding like fiction or a bad dream....

hi anon...well I'm flattered that you are looking forward to my post the day after the election. I'll try to make it a good one. ;) But of course when Hillary wins it won't quite be as joyful as the one I wrote when your depraved leader and his foul regime came crashing down in flames. Because this is my country and America is not. So even if your Trumpling dumpling won it wouldn't bother me that much either. Whether Clinton or Trump wins narrowly, the Democratic establishment will be discredited, and the ground will be prepared for Bernie's revolution. The one that will help change the world...