Vic Toews and my Manitoba Nightmare 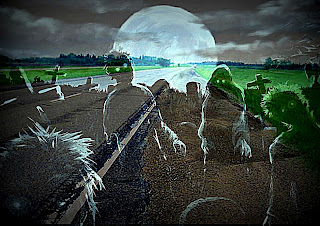 Oh. My. Zombie. What a horrible nightmare. I'm pedaling furiously across Manitoba, desperately looking for a cheap motel.

Because I've been warned not to be out on the road after dark. Especially when there's a full moon eh?

I swear on your Bible officer, I can't pedal faster than 80 kilometers an hour.

And the cop says: Oh yeah?

Tell that to Judge Vicky.... 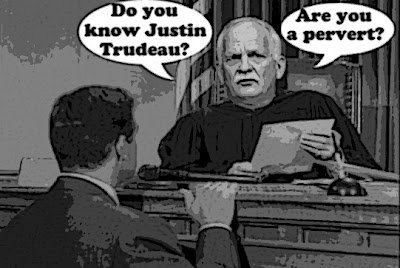 And that's when I wake up screaming eh? Only to find out it's not a nightmare. It's really happening !!!!

And according to Don Martin, it's practically a done deal.

The fix is in. It’s now just a matter of time before Public Safety Minister Vic Toews becomes a Manitoba justice and his departure triggers the next cabinet shuffle. All the legal chips are falling into place. There’s a looming vacancy on the Manitoba Court of Appeal,a friendly nominating committee and a willing justice minister.

Three of the seven committee members were anointed by the federal government and sources say two of those are extremely close to Vic Toews on a personal and professional basis.

Can you believe that? He has spent his life attacking the courts and so-called "activist judges." He has called Canadians child pornographers for not supporting his totalitarian internet snooping bill. He has been convicted of an electoral offence.

In 2005, Toews was charged with violating Manitoba's Election Finances Act in the 1999 provincial election....Toews pleaded guilty, and was later convicted and fined $500.

The way he goes after his political enemies, real or imagined, is deeply disturbing. Or just plain creepy.

"I see @AdamGCarroll is back at #LPC after crocodile tear apology from @bobraeMP. @justintrudeau & #LPC must come clean on who knew what," Toews tweeted.

He's the Minister of Public Safety. Who scares people. And the Con Regime would make him a JUDGE?

Oh boy. All I can think is poor Canada, poor people in Manitoba, most of whom will soon be in prison. And of course poor Omar Khadr.

Who the reactionary Con zombie is preventing from returning to the country where he was born, for no sane reason. Except his apparently compulsive, insatiable, depraved desire to punish other people... 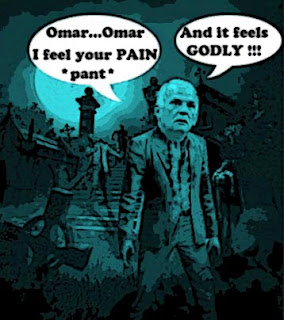 Except in the name of human decency, somebody please fire Vic Toews. Bring Omar Khadr home tomorrow for the same reason.

And of course, needless to say, after a nightmare like that one.

I won't be pedaling through Manitoba anytime soon... 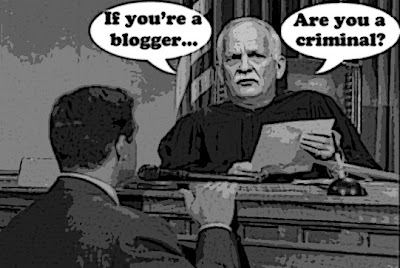 Can you believe it ? Only in Harperland. Coming soon Judge Vicky. Even scarier than Judge Judy.

Somebody please defeat those nightmare Cons, and their crazed leader Stephen Harper.

Before they corrupt us further...

Dammit! I live in Manitoba & commute by bike... will I be on Vic Toews' enemies list?

hi Analyst...well you're definitely on his list. We all are. But don't worry. As long as you heed the howl of the babysitter, and you carry a clove of garlic in each pocket, you should be safe... ;)

P.S. Of course, that doesn't apply to Jason Kenney, when there's a full moon. But that's another story...

Judge vickie? They have judges like that in Alabama.
What I'd like to know is what did Manitobia do to piss off Harper so badly that he would make vickie a judge there. Anyhow I thought people who had been convicted of a crime couldn't make judge. Oh, well this is the brave new world of stevie slime & I guess he needs to find a job for vickie. I guess the RCMP will know where to go to get a warrant for a wire tap. Oh. god that is scary. On the other hand the decisions vickie will be delivering will most likely all be appealed & the bloggers & pundits will have a field day.

Even scarier is the possibility that this is just a stepping stone to the Supreme Court.

Harper and his henchmen have been a litany of, lies, deceit, corruption, thefts, dirty tactics, dirty politics and, certainly don't mind cheating to win.

We know. Harper has appointed two new Conservative judges. No doubt one of them, will throw the election riding disputes, out of court.

I'm sure everyone knows. William Corbett of Elections Canada, suddenly resigned. In his place Harper installed, one of his own boys, Yves Corte. Watch out for Harper to cheat his way out of the robo-call election fraud too.

On North Van Grumps web site. He has posted a map by Enbridge, that has left all the little islands out. Those massive dirty tar tankers, have to do hairpin turns to get around those islands. It takes three miles, to stop one of those behemoth tankers. Enbridge and Harper lied and cheated AGAIN. Those little island do exist. They are a direct threat, to those massive tankers. That's how low Harper and Enbridge are willing to sink. To falsify the map, going into Port Kitimat.

hi e.a.f....I hadn't thought of it from that point of view. But you're right, what has Manitoba done to deserve that fate? Or should it be what has Paraguay done to deserve that honour? ;)
But seriously...Vicky might be good at another job, like a crossing guard on a busy street, but making a man as vindictive and as paranoid as that a judge, is absurd and outrageous...

hi anonymous...please....don't even suggest that. Vicky as a Supreme Court Justice is even scarier than the thought of Jason Kenney as Prime Minister.
And since he spent years attacking the Supreme Court, it would be even more disgusting. If that's possible...

hi anonymous...I saw that Enbridge map and it really made me laugh. How stupid do they think we are? And how could ANYONE trust them?
But isn't it nice how the Cons and Big Oil keep shooting themselves in the foot? With enemies like that who needs friends? ;)