Wingnut Roaches and the Assault on Parliament 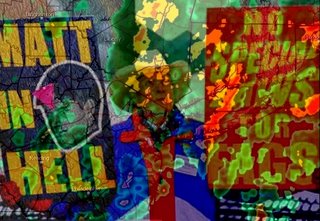 When I woke up this morning the religious nutbar alarm was beeping away in the bunker. But when I checked the wingnut radar everything seemed quiet out there. Except for the usual activity in Alberta and Alabama. But then I zoomed in on Ottawa and there it was...... Condition Red. Our homegrown Taliban, yankee funded, religious wingnut homophobes are apparently planning an all out assault on Parliament Hill!!!!

Yikes! At first I was in a panic. I didn't know what to do. I was sure these right-wingers were after our poor little Parliamentary Pages. I tried calling in an Amber Alert. But it turns out when it comes to religious freaks you can't do that. Until after they've diddled the kids and covered it up. BTW what are they waiting for to arrest the Nazi Pope?

Then I took a closer look at the Globe story and breathed a huge sigh of relief. This crazy assault on Parliament is just a big scam. It's just the porker homophobe Charles McVety begging for money. Again. 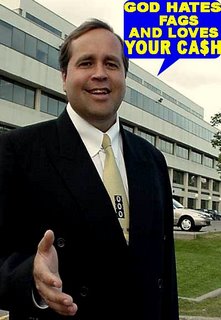 Anyone who follows this Goombah up any hill is going to end up with a terminal case of idiocy. Like these idiot wingnuts.

I mean McVety has never seen a gay cause he didn't hate. Or a cheque he didn't love. He's the one responsible for this hatemongering fundraising site .

" Social justice should be put in the same bin as modern hollow terms like homophobic, equal rights and political correctness – the garbage bin. "

So now you know......... But it gets even worse. Not only does McVety think that environmentalism is Satanism. ( Because he believes the world is going to end soon, and the sooner the better)

But when he's not meeting secretly with Harper, and not collecting cheques for one anti-gay cause or another, he spends a lot of his time giving lectures about what he believes is the impending Battle of Gog and Magog.

Every man's sword will be against his brother. 22 I will execute judgment upon him with plague and bloodshed; I will pour down torrents of rain, hailstones and burning sulfur on him and on his troops and on the many nations with him. 23 And so I will show my greatness and my holiness, and I will make myself known in the sight of many nations. Then they will know that I am the LORD .' (Ez.38:14-23).

Oh my Gog is that crazy talk or what? And I thought Magog was the town in Quebec with the scary lake monster.

But at least you can guess where the government's foul Defence of Bigotry Act came from. The Act that would give these religious kooks the right to call for the murder of Canadian gays and lesbians. Yup. Straight from the twisted minds of Charles McVety and his fellow religious freak Stephen Harper. Talk about scary monsters. Surprise. Surprise.

As I've said before I'm not afraid of these thugs. I'm looking forward to whupping some theocon ass. With one hand tied behind my back AND blindfolded. But I do have two questions. Number one. If these priests, ministers, mullahs, rabbis and other ju ju preachers do storm Parliament Hill, who is going to pay their taxes? If that isn't political activity I don't know what is.

And two, who is going to protect the children? I mean what comes to mind when you think of a large gathering of religious freak homophobes?

As soon as the hookers hear that those churchy pervert hypocrites are in town they'll be storming Parliament Hill themselves. They know good customers when they see them. Instead of just a Hate-athon it'll be a Blow-athon as well! Oh the poor children (sob)(sob) If these wingnuts had any decency they would move this debauched protest across the river to Quebec. But I guess they don't want to go to Hull before their time.

So I'm trying to trick them into moving their nasty little Day of Hate to this cute little motel. 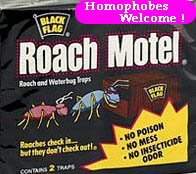 Then all we need to do is bait it with some soiled kiddy's underwear, and a few drops of gay blood. (I'm ready to bleed for the cause.)

And we should nail them all...Crush. Squish. Splat....

After that we can turn our attention to cleaning up the Roach Parliament. Home of the Defence of Bigotry Act. The place may be crawling with neocon bugs and theocon maggots these days.

But the way they're scaring the shit out of Canadians, something tells me it won't be long.

Before they're checking out....

ah i see....the gay bashers want to attend a 'national cock-us meeting'...and they pretend they're not homophobic, they're just going by the bible. ya right.

btw, amber alert is the name of the # 1 choice hooker on parliament hill. can't wait for her book to come out.