Gay Love and the Schoolboy Killer

It was the biggest story in Britain today. The story of the bullied teenager who savagely murdered a disabled boy. 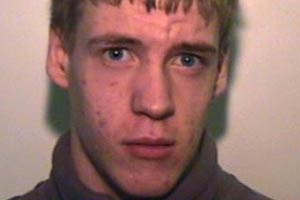 Nothing can excuse what Michael Hamer did. He was clearly a very disturbed 14-year-old. But because he was so young and disturbed, I found the 12-year sentence far too harsh.

The boy he killed might have been a Little Angel as the tabloids were calling him today. And his death was a horrible tragedy. But his killer was a victim as well.

"......he was bullied at primary and secondary school, suffering verbal abuse, violence, extortion and social exclusion and had been threatened with the words: "You're a dead man walking," after he told the school of the bullying.

.....Mr Steer said Michael had begun to eat less and "started to stab the wall" at his home, and had difficulty sleeping...

.... Michael had made a sexual advance to Joe "who responded by referring to him as gay and he threatened to tell others about what he had tried to do. "Tragically, he responded in the way he did. At the time of the act of violence, he says he could see the faces of the bullies in Joe..." 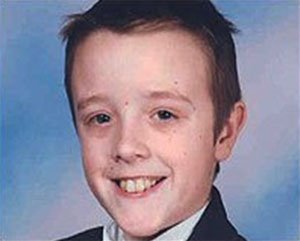 Joe wasn't one of the bullies. But if he had told the others that Michael was gay. He would have hurt him a lot. Imagine what the real bullies would have done to him then. That's what happens when you make gay another word for frightening and bad.

I also can't help but wonder if a 14-year-old straight boy had come on to an 11-year-old girl...would they have called it a clumsy pass instead of a "sexual advance?" He might have been hauled into the principal's office. But I doubt he would have had to worry about being humiliated or beaten up.

But that's what can happen in a society poisoned by anti-gay hate. That's what can happen when you don't acknowledge gay love. Or treat it as something ugly. Or think it's just about sex, as so many heterosexuals do. When it's much much more than that. Normal and natural. And just as good and beautiful as their love.

You'd think as humans we could all agree on that. So we could concentrate on making schools safer for all children. But thanks to homophobic jackasses like Ted Morton, we can't. 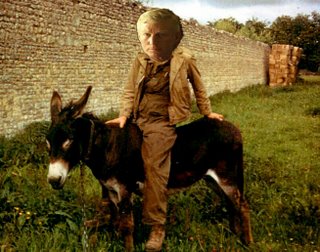 "The bill also includes specific clauses that would force teachers to send out “parental warnings” before discussing gay issues, and allow civil marriage commissioners to deny their public services to gays..."

We have to spend our time trying to prevent these Burro Bigot Confederate Dunces from stigmatizing gay kids even more than they already are.

When we should be helping these vulnerable children to spread their wings and come out. As this gay teenager in the UK explains, in this humble but moving 3-minute video. That can still be so hard....


I guess the message is parents teach your children that bullying is bad. Make sure your child isn't suffering in silence. Keep your eyes open for a gay child trying to spread his or her wings. Help them to fly free and unafraid. Love them for who they are.

And don't hesitate to ask for help.

Maybe nothing would have stopped Michael Hamer from murdering little Joe Geeling. But as long as we don't come to terms with the fact that bigotry and bullying can kill. In many different ways.

There will be a lot of children in our schools. Suffering in silence. Too afraid to be themselves. Or ask for help.

a straight 14 year old boy coming on to an 11 year old girl? as a mother if that had of happened the hurricane forces would have flown....to get the boy help, make sure he stayed away from my girl, get a restraining order , blah blah blah.

as this has happened in our small community before, 'the kids' didn't ignore the boy, he just got razzed for being an idiot....that was it. nothing harsh. a lot of the adult attitude was , 'oh ya, that's be 'bill', but look at his dad'.

if it had of been a boy to boy situation things would have been different.....while our community is pretty tolerant , it's still tough coming out in a small town. i can't even IMAGINE what it's like for gays in small red neck towns.

end result of boy coming on to several girls? eventually he was diagnosed schizophrenic, is on medications and has stopped his innapropriate behavior.

i wonder if michael had something more going on then just the frustrations of being gay, bullied, and having no guidance?

While there may have been something else going on with the kid (ie. emotional/mental probs) I imagine the pressure of being bullied just for being who he is would be enormous. When you're 13/14 yrs old, everything has such overwhelming significance, and nothing is more important than peer group relationships. This is why you get gay kids committing suicide -- if they could wait another 5 years, they could probably withstand the pressure, but for an adolescent it has to be almost intolerable.

That's why the schools need to teach kids about diversity at a very young age, it might help innoculate them against being infected with bigotry.

Hi Scout....I wasn't trying defend a 14-year-old guy coming on to an 11-year-old girl.Just that kids are having sex earlier and it happens thta's all. The problem for a gay kid is that finding another kindred soul in that threatening environment isn't always easy. You have to make a few educated guesses.Be prepared for a little rejection. But if you are a gay kid and come on to the wrong person it can sometimes be fatal. And love being love that's so wrong. But JJ you got it exactly right. Teaching kids about diversity, about respecting and celebrating our differences, and innoculating them against the hideous evil of bigotry in all its forms, is the only way to go...