The Murderous Cowardice of Erin O'Toole 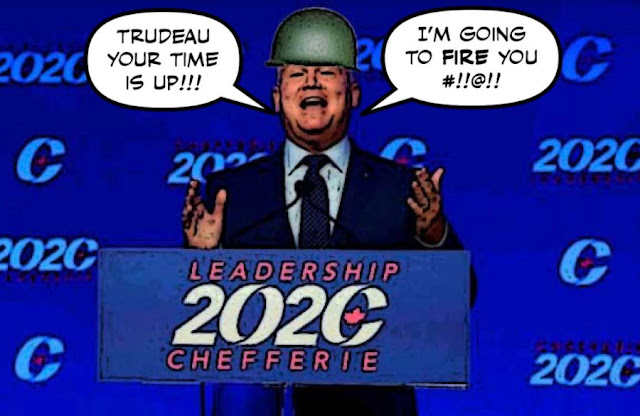 When Erin O'Toole first became Con leader he vowed to bring down the Trudeau government as soon as he could.

But soon he stopped talking about an election, when one poll after the other convinced him that he might be the one who lost his job.

And now that an election call could be imminent, he's shaking like a leaf, or a big bowl of Jello.

And letting everyone know that now is NOT the time.

It’s time to worry about helping Canadians get back on their feet, the polls can wait until it’s safe.

Now’s not the time for an election. pic.twitter.com/7ZSE6NGFIQ

It's so pathetic, especially since Canada's top doctor says an election can be held safely.

Ahead of a widely-anticipated federal election call, Canada's top doctor says she's confident in-person voting can be conducted safely through public health measures — despite the threat of a variant-driven fourth wave of COVID-19 infections.

"I think that safety protocols have been put in place for different elections throughout Canada during the last month, so I think that can continue to be provided," she said. "So I think that there's definitely ways to vote safely."

And to make matters worse, O'Toole has managed to offend both his friends AND his enemies.

Many Cons are upset with him for suggesting it's too dangerous to do away with all health restrictions... 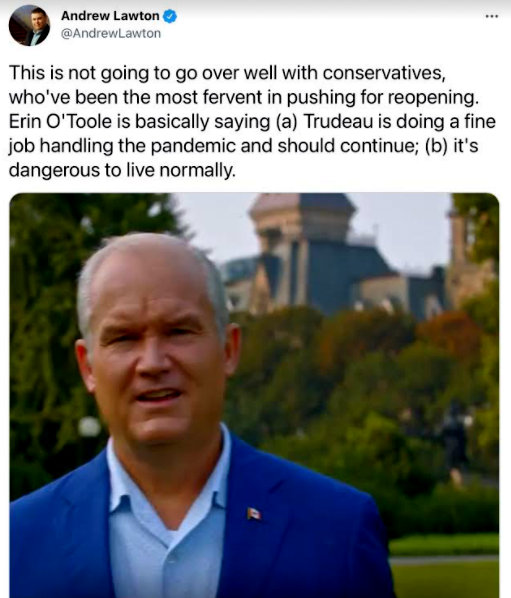 While most decent Canadians are outraged, that nowhere in that video is there ONE word encouraging people to get vaccinated. 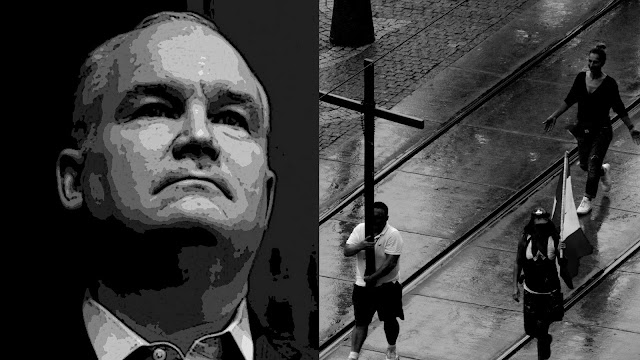 So many Cons are SoCon Covidiots, that O'Toole doesn't even dare mention the word VACCINATIONS. 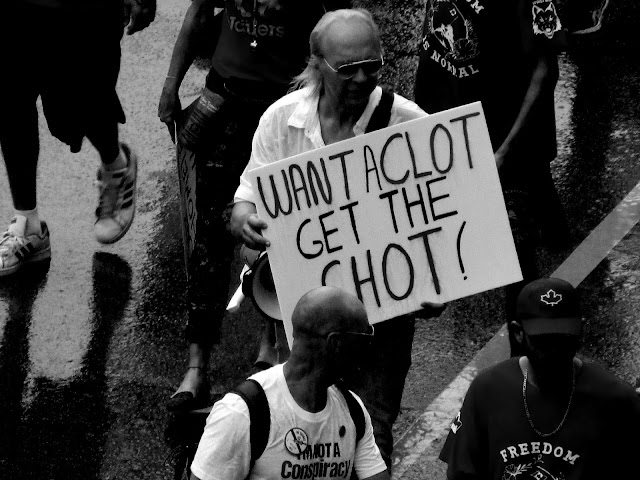 He's scared stiff of them, and he needs them too much, to ever offend those kooky rightwing zombies.

Even though encouraging Canadians to get vaccinated, should be the responsibility of every political leader. And those who don't accept that responsibility are being murderously irresponsible.

But then O'Toole is just following the bad example of his grotesque Con buddies Rob Ford and Jason Kenney.... 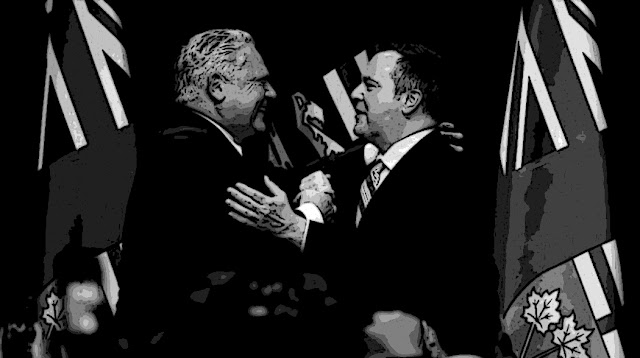 Which only makes an election even more necessary.

For this could be our last chance to rid ourselves of the far right menace, which is threatening so many countries all over the world.

It will almost certainly be a dirty election, perhaps the dirtiest ever, with the Cons and the NDP taking turns trying to smear Justin Trudeau as only they can.

But I am confident that decency will prevail... 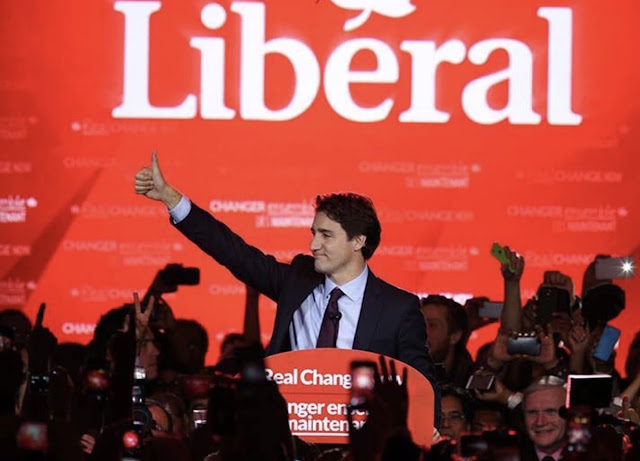 And that the Cons will be defeated, so Trudeau can get a strong enough mandate to do what must be done to take on the climate emergency.

So I was happy to see our little red fireboat out there yesterday... 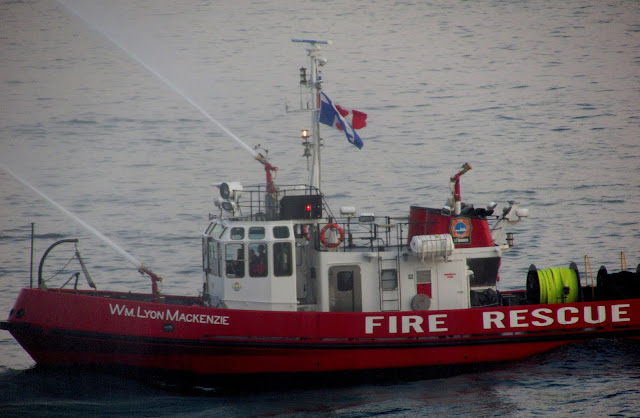 I know we've all been through hard times, and many of us are desperately tired. And would just like to chill out.

But the Cons will almost certainly try to steal the election. We really will be fighting for our country and its values.

So failure is not an option...

Now Manitoba of all places has just signed onto the childcare agreement, making that SEVEN provinces and territories that have come on board. The lone holdouts? Maclean's Resistance" cohorts Kenney, Ford, Moe, and Irving henchman Higgs. Pallister is as crooked of a con as they come but at least he's smart enough not to reject a sweet deal when offered. Can't say the same for Doug and Jason and the fetus fanatic from New Brunswick.

Again I say, if Singh and O'Toole make for another strange bedfellows alliance to kill this agreement like their predecessors in 2006, they will never hear the end of it -- Singh more so will have the metaphorical torches and pitchforks after him. He better hold his tongue, else Smiling Jack will be the next statue to get toppled and Singh would be a pariah throughout the country.

Now, as for O'Toole leading a cult of covidiots into the next election, he and his deputy King-Byng wingding Singh will probably have have a hard time of going after Trudeau for anything pandemic-related, but a part of me hopes they do because it would be electoral suicide. That apparently goes for Frenchy McCokeface too, who is right now having his own problems with internal party discontent.

Unfortunately, with the big white whale of attacking the COVID response off the table, the article suggests the same thing you have, which is that the desperate opposition will go after "wedge issues" and probably hatch some kind of personal attack or fake nontroversy because they have nothing else. Trudeau will talk policy, while O'Toole will say Trudeau bad, Singh will say Trudeau racist, and Blanchet will say Trudeau est Pierre.

Right now is the calm before the storm, but buckle up Canada, because the next coming weeks are going to be a bumpy ride.

B-b-but the PM tells us that he's concerned about keeping Canadians safe, vaccine procurement, etc., and not an election. I mean he wouldn't call one based on that and prove that he's just as big of a disingenuous fool and hypocrite as O'Toole is, would he??

Not that it would matter, as the zombies that make up the PM's cult of personality will just declare that "we stand with Trudeau" over the very same crap that they scream at everyone else over.

The old fool just finished a presser on CBC. He claims crime in rural areas and the lack of high speed are terrible problems in the sticks. I live in the untamed rural wilds of Nova Scotia. We have high speed and crime out here is nonexistant. I laughed a few years ago about the monthly mounty report in the local rag. Somebody painted a bad word on a mailbox; that's all folks.

There were very few questions after. The fifth estate obviously find him too boring to cover.

Anonycon or maybe you're a DipperCon or just a troll, Dr. Tam and Elections Canada have all said that voting is safe and precautions are to be in place. Numerous provincial elections have already occurred without incident. You're just worried Trudeau will blow the useless opposition out of the water and repeat the same results that have converted dysfunctional minority governments to majorities.

The country is awash in vaccines thanks to Minister Anand and her team of dedicated civil servants. Most of the spread is occurring among the unvaccinated, which makes O'Toole the disingenuous fool as he refuses to goad his anti-vax base to get their jabs that would protect under-12s and people with fragile immunity systems. He's a craven coward worried about losing votes to libertarian nutcases like Max, the Mavericks, and Commander Derek Waterford's party of one.

It's also the fault of cons in the provinces, who refuse to implement vaccine passports or requirements for employees in provincially regulated sectors, lest they lose votes to the libertarian nutcases like that "independent" jackass Hillier in Ontario. (Or maybe Jagmeet and Andrea's NDP, proving that anti-science woo is not the sole domain of the right.) Either way, don't put this on Trudeau.

Go back to Siberia, Dmitri, and stop trying to sow FUD with the Canadian equivalent of "stop the steal."

Hi anon@7:32AM….B-b-but Canada’s top doctor says elections are safe but your cowardly leader is still scared shitless. In fact he was out this morning begging for the election to be cancelled. And I thought he was against cancel culture. Awwwww. Tell that chicken to stay out of Swiss Chalet or I fear something awful could happen to him….🐓🐓🐓🐓

From 2015-2019, Trudeau had a strong enough mandate to do what must be done to take on climate change. Instead, while cynically calling climate change a crisis, he paid Texas conmen billions for a rickety oil pipeline. Trudeau hasn't the guts to do what's needed to fix the problem. He hasn't the stones to tell the oil and gas industry and the banks and pension funds that the party's over. Sadly, neither do the other party leaders. And so western Canada will continue to burn and we'll get hundred-year floods every decade or less until it's too late. Thanks JT.

Hi Anon@6:49 PM...Golly you sound like the Disaffected Lib, or smell like him. Must you always try to be so sneaky or so cowardly? I realize you are rapidly going senile, but Justin Trudeau had his hands full during his first mandate cleansing Canada of the stench of Harper, and fending off one fake scandal after the other. Also it was hard to get Canadians to get excited about climate change, because they didn't feel it, so they didn't care. But now things have changed, he's the only leader with a serious climate plan (read my next post) and if he gets a majority he's going to lead this country to a greener future. Suck on it loser...

The Cons have gone full bipolar. They claim issues such as climate change and Covid related restrictions are financially destructive liberal hoaxes but at the same time they are extremely concerned and have plans to mitigate them. Rather than charter their own course and explain it to Canadian voters the dippers seem to be trying to use the bi polar propaganda machine to their advantage. its likely that emulating bipolar would eventually result in their own bipolar disorder but perhaps they have a magic mirror where people will view them as sage saviours rather than unicorns chasing a Con inspired rainbow. Time will tell but with the Cons at the table it is unlikely to result in a free lunch.

Hi RT....Yes, the Cons are clearly suffering from some kind of mental disorder. They can't decide what to do about Covid, climate change, and of course Justin Trudeau. And the Singh cult is following in their footsteps as they always do. Both the Cons and the DipperCons have spent the last year trying to smear Justin Trudeau and demanding that he resign. But now that he's about to do what they apparently want, their are both scared shitless and demanding that he keep on governing. The NDP should have fired Singh a long time ago, before he started to cuddle up to the Cons. But they didn't and now they are going to pay a heavy price...