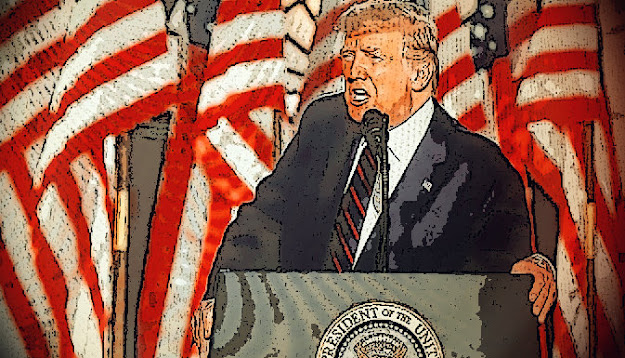 By now it should be obvious that Donald Trump is not going to accept an election result unless he wins.

For he knows what might happen to him if he loses.

So a high level group of politicians, civil servants, media experts, and strategists decided to build a series of war games to try to figure out what might happen.

And some of the results were terrifying. 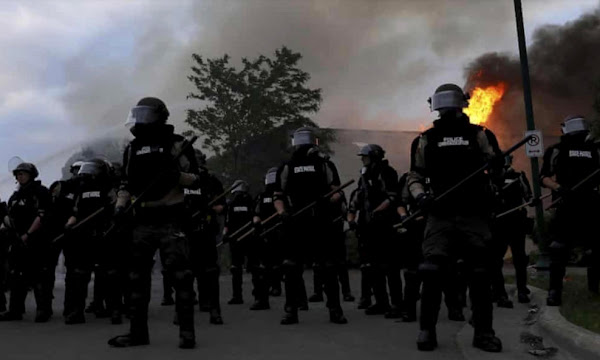 With some scenarios predicting a constitutional crisis and even widespread violence.

On the morning of Election Day, false stories appear online claiming that Biden has been hospitalized with a life-threatening heart attack and the election has been delayed. Every mainstream news organization reports that the rumors are unfounded, but many Biden supporters, confused by the bogus claims, stay home.

Still, by late that night, most major networks have called the election for Biden: The former vice president has won key states and has a slender lead in the national popular vote, and polling experts predict that his lead will grow substantially as Western states count an unusually high number of mail-in ballots. The electoral college looks secure for Biden, too.

But Trump refuses to concede, alleging on Twitter that “MILLIONS of illegal ALIENS and DEAD PEOPLE” have voted in large numbers and that the uncounted ballots are all “FAKE VOTES!!!” Social media fills with posts from Trump supporters alleging that the election has been “stolen” in a “Deep State coup,” and Trump-friendly pundits on Fox News and OAN echo the message.

And then when Biden supporters take to the streets it gets even worse.

Massive pro-Biden street protests begin, demanding that Trump concede. The president tweets that “REAL PATRIOTS MUST SHOW THESE ANTIFA TERRORISTS THAT CITIZENS WHO LOVE THE 2ND AMENDMENT WILL NEVER LET THEM STEAL THIS ELECTION!!!” Around the nation, violent clashes erupt. Several people are injured and killed in multiple incidents, though reports conflict about their identities and who started the violence.

Meanwhile, Trump declares that “UNLESS THIS CARNAGE ENDS NOW,” he will invoke the Insurrection Act and send “Our INCREDIBLY POWERFUL MILITARY and their OMINOUS WEAPONS” into the streets to “Teach these ANTI-AMERICAN TERRORISTS A LESSON.”

It's only a game of course, but does anybody think that, or worse, couldn't happen?

Unless of course decent Americans can get out the vote in record numbers, and make it absolutely clear that Trump has lost.

Let's do what we can to help them, because if the U.S. goes up in flames we will also get burnt.

For Trump is crazy...

And we do need to help send him to the place where he belongs... 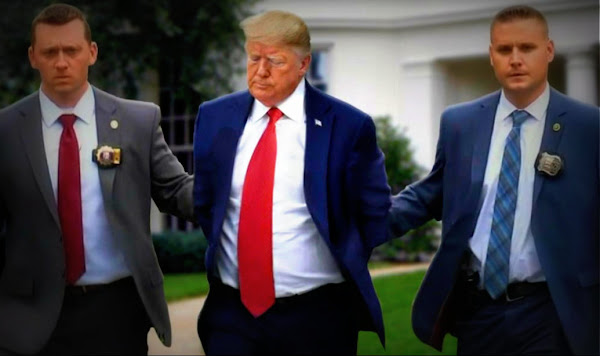 Civil war is closer than you think. The big question for Canada is taking on tens of millions of refugees. I dont think it would have a positive outcome for Canada, but what choice do we have.

I've been so consumed with the Tool nonsense that I almost can't bear to think about the asshole on my side of the 49th. What he's going to do is stochastically incite another Timothy McVeigh via Twitter and/or Facebook, and/or fire a bigly yuge MOAB at California or the Alberta tar sands and literally scorch the earth. The man is a criminally corrupt psychopath who knows he's going to prison for his treason and malfeasance and wants to take us all down with him. So just as a little nudge, maybe hurry up already with that whole 1812 redux thing, eh?

Considering that Trump has thoroughly corrupted every norm of any president before him, I fully expect that he will not concede defeat and there will most certainly be blood in the streets. How much, IMO, will depend on Twitter. For the sake of keeping the peace on election day and thereafter, they have to suspend Trump's Twitter account until he either concedes or is forcibly removed from office. He's shown that he could care less about thousands of Americans needlessly dying from the pandemic so what's many thousands more? I also believe that the top military leaders are horrified at what he's done to the country and that he's deluding himself to believe that they will crush the "radical left" when the order is given.
"Military members disobey orders at their own risk. They also obey orders at their own risk. An order to commit a crime is unlawful. An order to perform a military duty, no matter how dangerous, is lawful as long as it doesn't involve the commission of a crime."
If anything, the best thing the military can do to keep the peace is to respect the election results and evict the orange stain if and when needed. First and foremost, Twitter has to do the right thing and shut down the flames that could ignite another civil war.
JD

Trump is a master at surviving bankruptcies. It starts with pushing the responsibility back onto the creditors, sometimes accusing and counter suing them for fraudulent conspiracy while at other times just accusing them of sour grapes as he delivered what they paid for. The fraudulent election scam is a win win for him. If he is reelected he becomes a super hero defeating the corrupt against all odds, if he looses its a strong bankruptcy negotiating tactic with the objective of walking away unscathed regardless of how many get killed under either scenario. For Trump its simply a matter of sticking with what has worked in his long unsavory career.

Simon, O/T on this particular article, but as long as we're talking about fascists, please check my site and Skippy's twitter because I have reason to believe that he is amplifying anti-Semitic attacks towards Rob Silver again. I saved/included screenshots in case he deletes the tweet. I want you to reach out to your followers and contacts to start digging into him, because he's revealed himself to be Canada's version of Stephen Miller. Do you happen to know anyone with a direct line to the LPC war room?

Rob Silver and now Michael McNair are private citizens facing this onslaught, but because of what Skippy is hinting at and the kind of audience he caters to, I fear that Rob Silver is at greater risk. There is no reason whatsoever for this. This is a coordinated anti-Jewish libel for which he is the principle mouthpiece (or beak-piece) and if someone doesn't put a stop to it someone is bound to get hurt.

I apologize but do not eat the yellow snow of Trump saying dead soldiers are losers, that us right up there with Kerry purple hart, and Saddam throwing babies out of incubators.

Perhaps the snow is only a pale shade of yellow but Trumps looser comment is in character before becoming president and certainly afterwards with others such as looser McCain and what is a smart guy like that doing in the military. Regardless of accuracy its really refreshing to see the opposition set the "news" agenda. As he demonstrated in the last election its not the number of skeletons in the closet but the ones that people can be manipulated to focus on especially a few days before the vote. Disrespecting the military is likely a hot button, especially early on in the mail in voting cycle. Those votes cannot be undone when his last minute surprise(s) equivalent to reopening the Hilary e mail investigation hits the airwaves.