The Day Emperor Trump Was Finally Exposed As A Con Artist 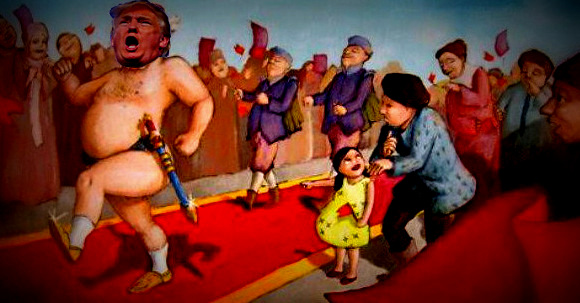 In my last post I wondered whether it was better to mock Trump rather than just denounce him.

And I had to admit that I have always preferred to mock him.

But since then there have been some sensational developments and I have had to update that post. For now I can call him a MAGA clown AND denounce him as a sleazy Con artist.

Donald J. Trump paid $750 in federal income taxes the year he won the presidency. In his first year in the White House, he paid another $750.

He had paid no income taxes at all in 10 of the previous 15 years — largely because he reported losing much more money than he made.

A sleazy Con artist, with a shady past, a collection agency future.

As the president wages a re-election campaign that polls say he is in danger of losing, his finances are under stress, beset by losses and hundreds of millions of dollars in debt coming due that he has personally guaranteed. Also hanging over him is a decade-long audit battle with the Internal Revenue Service over the legitimacy of a $72.9 million tax refund that he claimed, and received, after declaring huge losses. An adverse ruling could cost him more than $100 million.

And an image now revealed to be nothing more than a sham.

It was the moment when Donald Trump's "Art of the Deal" fabulism, billionaire tycoon bluster and populist standard-bearing for forgotten Americans was revealed to be what it always looked like: a sham.

And of course the timing couldn't be better.... for Joe Biden.
In the short-term, the New York Times report gives Biden a golden opportunity to put Trump on the defensive during their first debate in Cleveland, Ohio, on Tuesday evening.
Within hours of the report's publication, the Biden campaign had already put vinyl stickers up for sale on its website — reading, "I paid more income taxes than Donald Trump."
With Trump's decision to hire Rudy Giuliani and Chris Christie as his debate advisers... 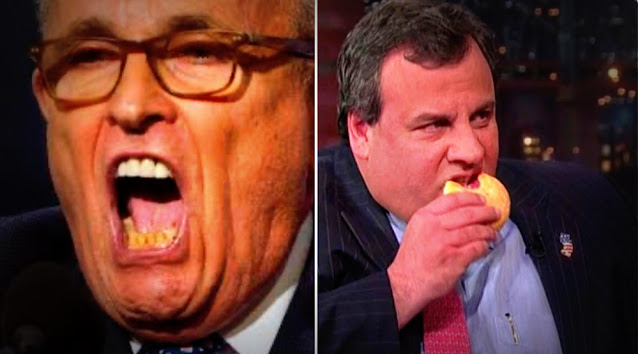 Now guaranteed to make him look even more sleazy, if that's possible.
And while Trump has predictably called the New York Times' story "fake news" his body language speaks volumes...

Look at this motherfucker just walk away when asked why Americans pay taxes and he doesn’t. pic.twitter.com/jxJEjKEom1

And who can blame him?
When he has been exposed as a fake billionaire, and his darling daughter Ivanka, the one he wanted to be his vice-president.
“I think it should be Ivanka,” Trump is quoted as saying in Wicked Game: An Insider’s Story on How Trump Won, Mueller Failed and America Lost, which will be published on 13 October. “What about Ivanka as my VP?”
Could be caught up in his sprawling web of corruption.
The news lands as Ivanka Trump, who with her husband Jared Kushner remains a senior White House adviser, is named in the New York Times’ bombshell report on her father’s taxes, appearing to have received “consulting fees” that helped reduce the family tax bill.
In fact, I wouldn't be surprised if this explosive tax scandal brings down his whole family... 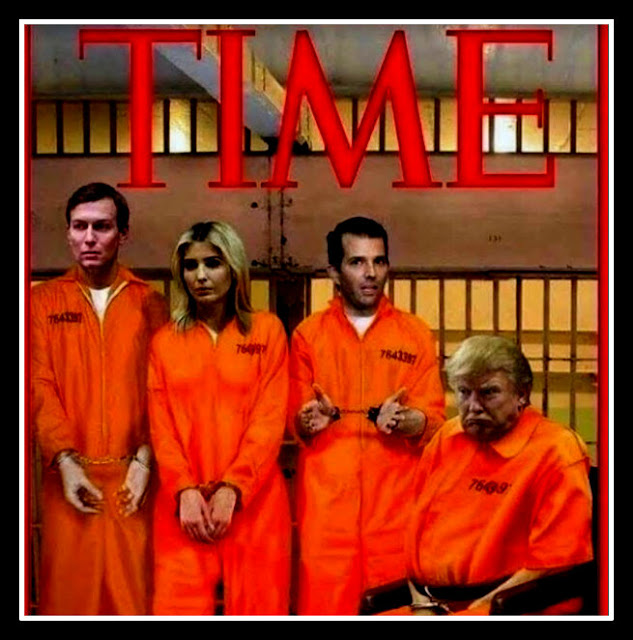 For they are a crime family.
They have disgraced themselves and their country.
And they all belong in prison...
Posted by Simon at 12:11 PM

The leaks just keep coming. Cambridge Analytica labeled three and a half million black Americans as deterrence ie. those they would try to keep from voting. Brad Pascale got drunk and threatened suicide. Trump must be setting him up to take the blame.

Forget it Donnie, there's not enough lipstick in the world to pretty up that pig.

Ya so this all has a very "Berlin, April 1945" feel to it. I guess Trump forgot about what happens to his hero at the end.

I literally DGAF what happens to these trash subhumans other than they rot like the Nazi filth that they are.

Not happy with the NYT though, as this makes them effectively arsonists putting out their own nuclear wildfire. They did this to us with their relentless obsession with Hillary's emails. All worth it so that a vagina didn't take command of the White House, innit?

Trump is done like an orange basted turkey, but the sickness that put him in is still there. They may consider this their "atonement," but the lying press with their "fair and balanced" equivocation and corporate bootlicking is still the enemy of the people. The right wing is vile scum yet they continue to treat Trump's party as a legitimate organization instead of a transnational movement of hate.

There remains a special place in hell for Baquet and Sulzberger. I'm not being a "purist" either. I'm livid for them patting themselves on the back over "holding power accountable". Which they damn well could have done in 2016, but chose to subject us to this horror show instead. A pox on all their houses. A pox on Trump Inc. and the fourth estate alike. Fuck them. I'm so tired.

Trump is broke as the sword of Damocles dangles over his head. How sweet yet unsurprising it is. What needs to be done now is determine whom he owes the money to and what is compelling them to not cut their losses and foreclose on the big fat failure who's whole business history is fraught with bankruptcies and bullshit. IMO, his mysterious lenders are propping him up for something they've attained already or are hoping to by way of his presidency. Only a useful idiot would get away with this and fully explains his desperation in trying to cheat his way to victory. The day he's dragged out of office will be the beginning of the end for this con artist, carnival barking, criminal POS. Let's see him bullshit his way out of this one.
JD