Is Donald Trump Trying To Poison His Own People? 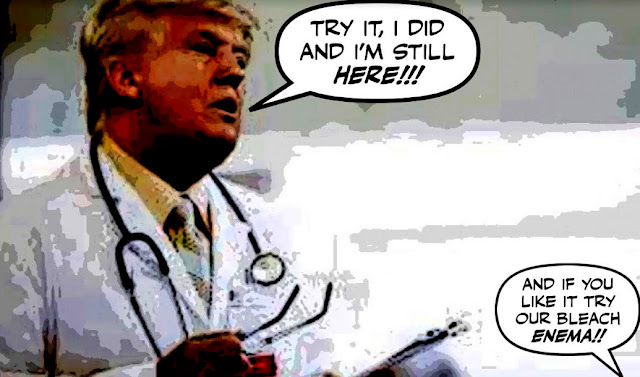 As we all know the depraved Donald Trump has been posing as a U.S. President for what seems forever, and failing miserably. Over and over again.

But the raging pandemic, and those 90,000 dead Americans, have spooked him almost as much as Joe Biden's rising polls.

Can you believe it? President Crazy proudly claims he's taking a drug that could kill him.

Not only is there is no known evidence that the drug works in COVID-19 cases, but it has potentially serious side effects, including the possibility that it may alter a patient’s heartbeat in a way that could lead to sudden death.

As well as kill others.

Following Trump’s excitement over the drug in late March, an Arizona man died after ingesting a substance used to clean fish tanks that contains chloroquine, an element of the drug Trump’s touting.

And it gets worse. When you take a closer look at the list of side effects, they're not only physical they're also mental. 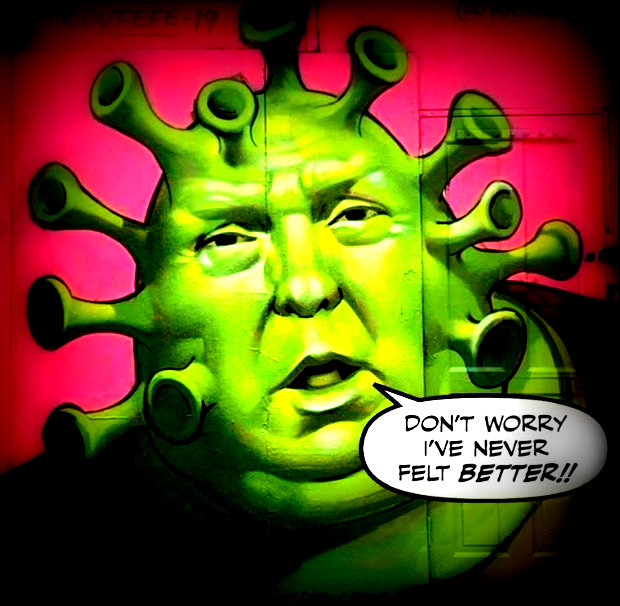 (1) Feeling that others are watching you or controlling your behavior.

(2) Feeling that others can hear your thoughts.

(3) Feeling, seeing, or hearing things that are not there.

Which means that Trump could become even more mentally ill, even more desperate, and endanger the whole world, in the middle of a pandemic.

It's a scary thought, but at least as Jennifer Rubin points out, hopefully this latest episode will finally teach Americans all they need to know about Trump.

First, virtually nothing Trump says about himself, his actions, the world and his advisers can be taken at face value.

Second, Trump corrupts everyone around him. He has either induced a doctor to violate his professional responsibilities, ignore FDA warnings or, at the very least, to write a letter sounding like he did.

Third, the notion that Trump would never put the country at risk — say, by ignoring a pandemic or by recklessly risking war with Iran or by weakening an ally in a war against Russia — has been permanently discredited.

Finally, any other person taking to the airwaves or social media to induce the public to engage in dangerous activity should be booted off the platform.

All this should have been known years ago, it was so damn obvious.... 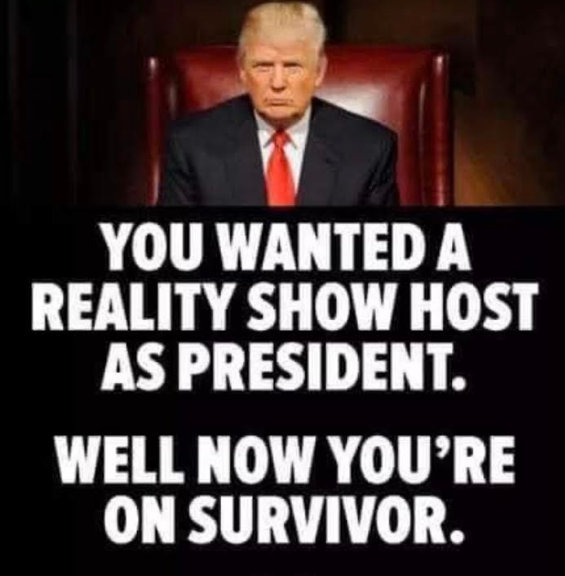 But I suppose it's a case of better late than never.

And now we can at least hope that Trump's Miracle Cure will be just what the doctor ordered... 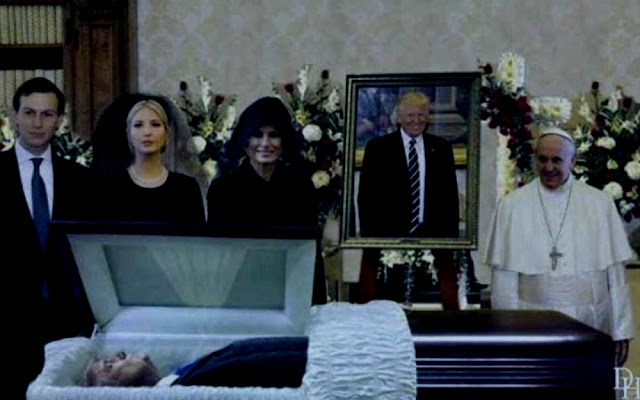 And what a great ending it would be.

The dirty old man horrified the world. He threatened to kill us all. He spewed his filth in every direction.

But in the end he killed himself...

Its very unlikely that Trump is taking hydroxychloroquine in a quantity that would cause him any physical harm. Trump is a classic snake oil salesman. Aside from some untimely deaths that don't matter to him there is no downside in promoting a cure. Believe in the cure and his followers will curse the Dems for dragging their feet on opening the economy, get sick and die and fellow believers will blame the Dems for limiting access to the cure or the deceased for not taking the right amount of the drug. Once the sucker is reeled in the salesman can always evolve the story to suit the new situation. Its called faith and the conned will go to extraordinary lengths to convince themselves they were not duped. Politics seems to be one of the last frontiers where cons can thrive without fear of criminal prosecution.

Paranoid delusions, huh. So Mandarin Manson aka Mr. Tangerine Man is going to whip up a bunch of QAnon-fanatical, gun-crazy tweakers over the summer and voila, an Oklahoma City Reichstag Fire as the October Surprise. Wow, we really dodged a bullet by not electing that shrill, overprepared woman in the pant suits who shared secret risotto recipes with the deep state on her unsecured email server, right?

Just in case someone missed it, the sight of a horrified Fox News anchor saying "hydroxychloroquine will kill you" just after Cadet Bonespurs mad his announcement was 'interesting'.

@ Jackie Blue
I thought Hilary Clinton was a terrible danger to world peace but she was a slightly better choice than Cheetos since she probably would have more or less sane advisors plus countries such as China and Russia understood US /Cold War warrior mentalities.

This hydroxychloroquine story is pure distraction. Since the dawn of time, snake oil salesmen have claimed to use their own product. With 18,000+ lies under his belt, why would anyone believe this?

Hillary's unsecured email server was set up for her by the CIA to be just that. A trap to catch hackers. It worked and they caught the Russians red handed. She can't say that as it is national security and would only reveal under oath in an inquiry of the kind trumpers want. But Trump as president knows the truth so said inquiry will never happen

I call bull hockey. There was no Russia interference in the election. The hackers showed up and Comey dropped the charges.

I agree. I've seen this part of the play before. This is the part where the Captain of Industry -- the mine owner, the factory owner, whatever -- rides to the scene, assures the locals that the spill was completely trivial, and proves it by carefully sipping what appears to be a cup of the local water.

The part of the play where the locals start coming down with leukemia is way, way later on in the next act, by which time the Captain of Industry is back home in the city, safely drinking purified water again.