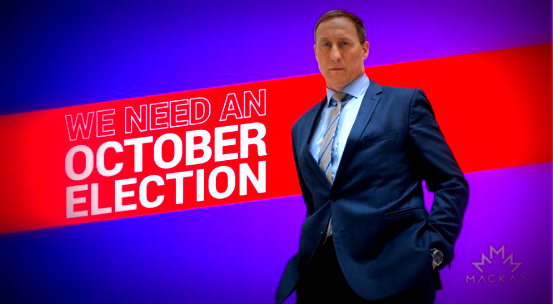 It seems like only yesterday that Peter MacKay was claiming that Canadians had lost faith in the Trudeau government, and was demanding an October election.

But he's not doing that any longer.

Peter MacKay, one of four candidates left fighting to be the next leader of the Conservative Party, says he doesn’t believe that Canadians want a federal election this fall as the country continues to grapple with the impact of the novel coronavirus pandemic.

MacKay is blaming Covid-19 for his change of heart, but I'm sure these latest poll numbers also helped cool his jets. 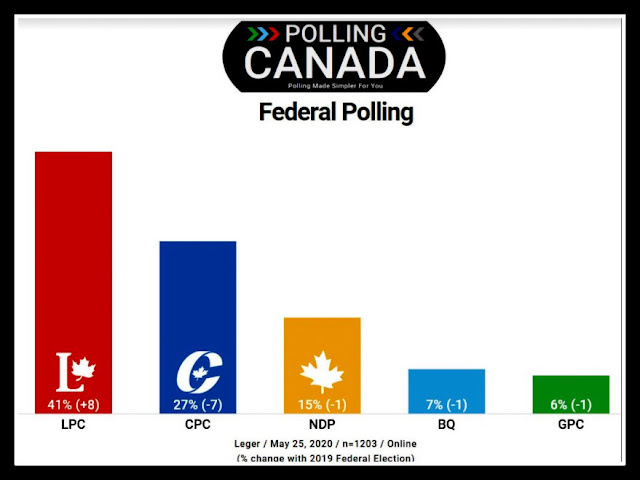 For with the Liberals on the rise, and the Cons still losing ground, especially in B.C...

An early election would almost certainly result in another crushing Liberal majority.

Which leads to an obvious question, will Justin Trudeau call one?

Would it be fair to state that none of the challenges facing Canada in this post-COVID-19 period have been, nor could have been, addressed in last fall’s federal election?

Is there a case to be made that Canadians ought to have the opportunity to vote on which party should lead them through the fiscal storm lurking over the horizon?

Especially since according to a recent Abacus poll the Cons are the ones who really want one as soon as possible... 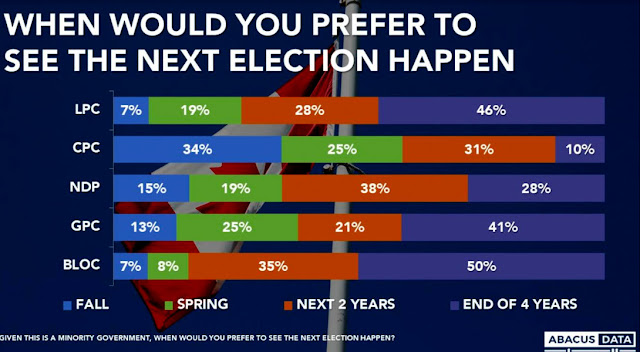 So how could Trudeau disappoint them? 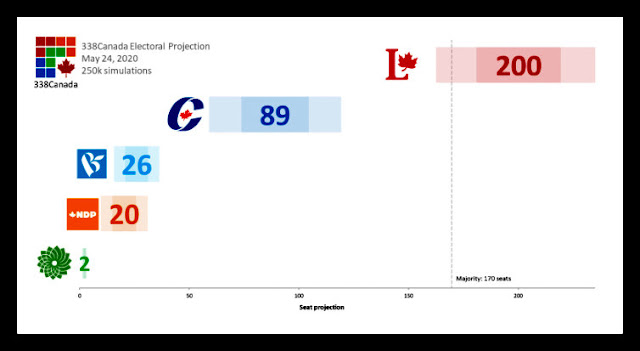 How could he disappoint his supporters?

The biggest obstacle of course, will be the state of the pandemic.

But if we can flatten the Covid curve by the end of the summer.

We can hold an election in October, flatten the Cons for a generation.

Go back to the future... 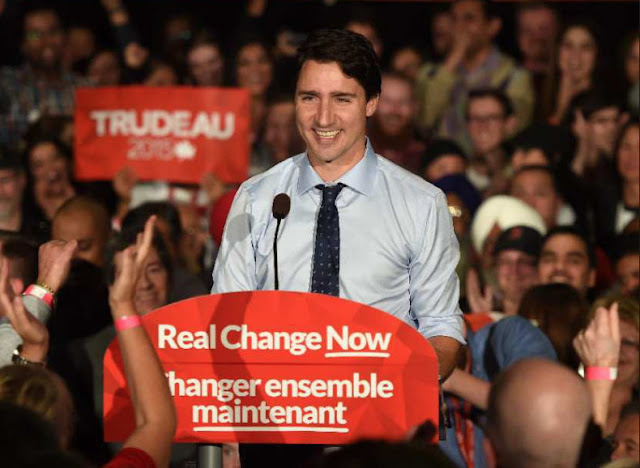 I'm not so sure Simon. I don't think he'd call one himself as he would have to be very careful to make it look like the Cons were responsible, because obviously most Canadians don't want to head out to the polls too early and it could backfire on him. Especially since it could make him seem hypocritical for putting MPs and candidates at risk out on the hustings, while Parliament is shuttered for the same reason.

There will be a second wave this fall coinciding with flu season, and it could be a really dark winter without a vaccine or antibody treatments at the least, plus a wide-scale test-and-trace protocol firmly in place. I'm sure Trudeau of all people is aware of the negative symbolism of taking a walk in the snow. And he'd like it to be on his own terms quite some time from now rather than, well, 1974.

I think the spring 2021 budget being the catalyst for Trudeau to engineer his own defeat is a more likely target date, from some of the expert takes I've seen. Even Chantal wrote recently that she doesn't see an "October Surprise" in the cards so soon and neither does Susan Delacourt. Elections Canada has been tasked with figuring out how to drop the writ in the midst of a pandemic if necessary, and their plan won't be fully assembled until next year.

Besides conditions at home, though, there's one other reason I don't see an early election on the immediate horizon: Isn't there something important scheduled in the United States that Ottawa might want to keep their eye on...? 🤪

Hopefully he can contrive to hold it while Scheer is still the lame duck Con leader. God that would be perfect.

Also one more thing, the name David Peterson comes to mind as he was just appointed chair of the Toronto Star in a new business deal.

Peterson's gambit backfired badly. I don't want that to happen to Trudeau. 😒

Things are very much up in the air....yes the curve is flattening, our hospitals were never overwhelmed thanks to cancelling needed surgeries and cancer screenings, moving the elderly sick patients to LTCs. I'm tracking the number of Covid cases in Ontario Hospitals and after being up around 1,000 in May now its around 850....

But the possibility of a second wave makes dissolving parliament in September for an October election is problematic. Maybe there will be a second wave and maybe there won't be....but most of the expert opinion I'm reading right now is leaning heavily to saying its inevitable.

Harper tried to game the system with his minorities, one time it worked one time he was re-elected with another minority. It looks like Trudeau's Libs don't really have to worried about losing a vote of confidence so the only reason to do it would be pure politics.

Hi Jackie....Yes, I agree, I was just being a bit of a provocateur. I don't think Trudeau would call an election in October unless the opposition gave him the perfect opportunity. And as you point out, the U.S. election is on and I think that the Liberals stand to gain whatever the result. So how about a Spring election? 😎

Hi Sixth Estate...Scheer is out in August so that won't work. But remember going up against MacKay or O'Toole isn't too bad either. Only spectacular gains by the NDP to split the vote could give the Cons a chance at victory. But Jagmeet Singh is putting on such a clown show I doubt that will happen....

Hi Jackie...once again I am incredibly impressed by your knowledge of Canadian history. I had to google to find out about Peterson's gambit. But yes, we don't want to do that...

Hi Gordie....Yes I agree, just the arrival,of the yearly flu, and a possible second wave makes October too risky. Of course I'm assuming that Trudeau would want an early election, when he might be quite happy to keep governing with a minority. It's also worth noting that according to that Abacus poll a large number of Liberals don't want an early election. So who knows what will happen....

It seems that most of the political class in this country still has not figured out that politics has changed in this country as a result of the Pandemic. The usual BS, petty issues that have dominated Canadian politics for too long are no longer important to Canadians. They are only concerned about the Pandemic and its impacts on them and that is going to continue to be their only concern until the Pandemic passes and we return to actual "normal".

I have always believed that media pundits are a thick as bricks when it comes to politics and they are proving me right. What the polls say have no bearing on how politics is going to be done for the foreseeable future. So asking whether there will be a snap election is silly.

Agreed, Jackie. Can't do it now.