How The Coronavirus Deniers Are Now Threatening Us All 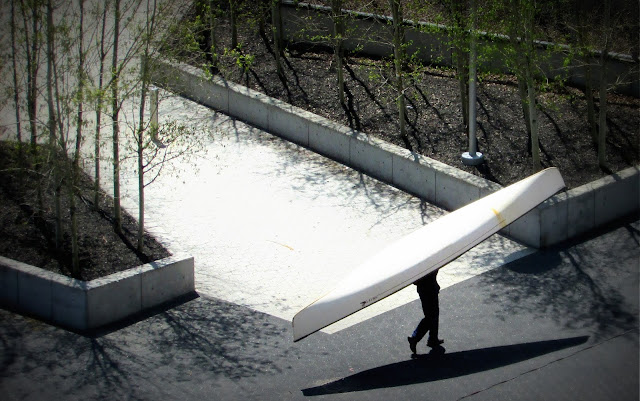 I must admit that as the days warm up, I'm finding it harder and harder to spend my spare time locked up in my self imposed prison cell.

And the sight of a guy portaging a canoe down the street is enough to drive me wild.

But as much as I long to be free, or understand why so many are desperate to end the lockdown,

I fear that ending it too quickly could lead to disaster. 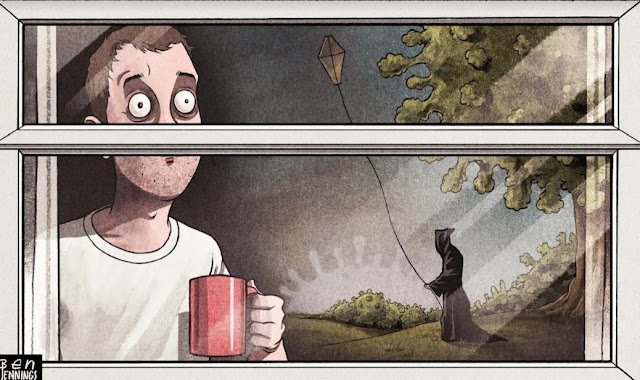 For the deathly virus is still out there. It's still killing hundreds of Canadians every day. It's still devastating the economy.

It's not going anywhere in a hurry.

“Exactly how long remains to be seen,” said Marc Lipsitch, an infectious disease epidemiologist at Harvard’s T.H. Chan School of Public Health. “It’s going to be a matter of managing it over months to a couple of years. It’s not a matter of getting past the peak, as some people seem to believe.”

We still don't know what it can do to children. 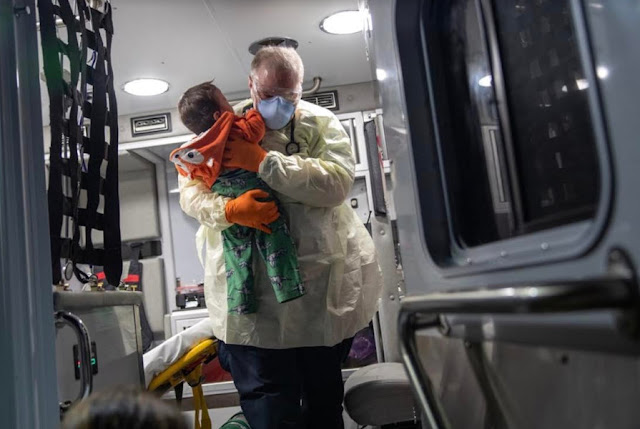 And although in Canada we are slowly flattening the curve, except in Quebec.

The crazies are coming out of the woodwork, and threatening to sabotage all the progress we have made by holding demonstrations all over Canada to demand an end to the lockdown.


Or this one in Vancouver...

Something happens in the intersection causing the crowd to lash out at officers pic.twitter.com/IYPRMTgw9l
— ronald mcdonald smith 😷📻 (@dooom161) May 10, 2020


And yes, in case you wondered, they really are freaks.

As is this guy who blogs at Progressive Bloggers, and seems to believe that he knows more than the scientists.

“Social distancing” doesn’t work. The science indicates 27 feet is needed. Six feet is useless – unless you want to sow panic and fear, and divide and conquer the people, which of course is the elite-driven objective, which the lemmings blindly obey.

Masks don’t work, as even the WHO admitted. They do however cut off oxygen to the body and brain, lowering immune resistance as well as functional intelligence – which partly explains the mass insanity and loss of ability to think critically or to use basic common sense reasoning.

Mass quarantine, which is mass house arrest, doesn’t work, as Sweden and Taiwan have proved. In fact, it is causing alienation and economic devastation to soar, which will, if continued, result in surging poverty, sickness and death.

When it's clear he doesn't know his ass from his elbow, and like all the others is only undermining the battle to defeat a ruthless killer.

Encouraging others to ignore social distancing.

A looooooot of people packed the city's parks and beaches this weekend. pic.twitter.com/WKJW9ULKsq
— HuffPost Canada (@HuffPostCanada) May 11, 2020


Which can only further endanger the lives of the old and the vulnerable, and threaten us all.

As well as demoralizing those who are risking their lives every day of the week to try to save as many sick people as possible... 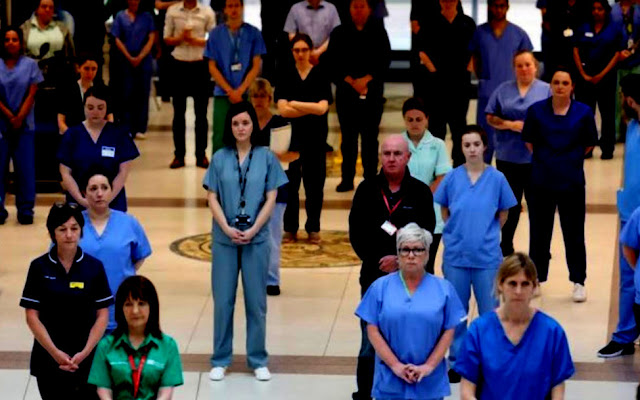 Which is simply unforgivable.

And the good news? Those who expose themselves to the virus may kill the helpless innocent.

But the virus is patient. As I said before, it's not going anywhere.

And hopefully sooner or later, it will also cull the guilty.... 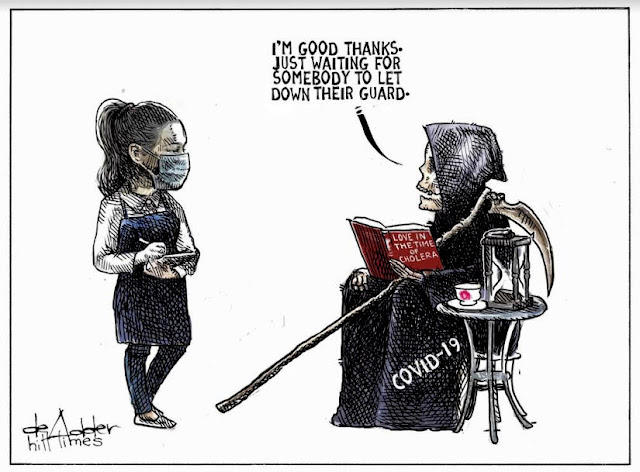 That guy sounds like it was a tin foil hat, and not a mask, that's blocked his ability to think critically and use common sense reasoning by cutting off oxygen to his brain. Then again, he doesn't seem to have much gray matter to do damage to in the first place. I wonder if he was one of the idiots spamming PMJT's homework thread last night? I have a math question: how many dim bulbs does it take to change a light bulb? Let's ask the resident stable genius at ProgBlog. Maybe he can conduct a science experiment on the effects of injecting oneself with 100% grade-A organic Trumpified bleach to own the (neo)libs.

George Carlin said it best -- on the subject of median national intelligence, he explained the concept as such: "Think of the dumbest person you know, and realize that half the country is dumber than that." Perhaps he had our friend in mind when describing the lower half of the bell end; after all, he also said, "I am getting really sick of guys named Todd." The only solace one can take is that while the Todds and "Karens" are a vocal minority propping up the elites they claim to rail against, the vast majority will not stand for this and will register their anger accordingly. People's lives are more important than Todd or "Karen" wanting a haircut or Trump, Kenney, Bolsonaro, etc. and their buddies in big business wanting to make a quick buck off our backs and shrug off mountains of the dead.

How pathetic - the Canadian lunatic fringe imitating the well-funded GOP astroturf groups. They recognize no authority but that of the fraudulent Donald Trump, and fancy themselves at war and in need of military weapons. Thomas Hobbes had their measure in 1651 when he wrote:

"During the time men live without a common power to keep them all in awe, they are in that conditions called war; and such a war, as if of every man, against every man.

"To this war of every man against every man, this also in consequent; that nothing can be unjust. The notions of right and wrong, justice and injustice have there no place. Where there is no common power, there is no law, where no law, no injustice. Force, and fraud, are in war the cardinal virtues.

"No arts; no letters; no society; and which is worst of all, continual fear, and danger of violent death: and the life of man, solitary, poor, nasty, brutish and short."

The car is fully loaded with humanity and rumbling down the road towards the covid barrier that lies ahead. The crash test dummies on board see it as a virtual hoax and are wrestling for control, especially the accelerator. Life is so unfair, why couldn't the dummies have their own car while the rest of us watch the results on reality television!

Hi Jackie....I have no idea how that Coronavirus denier can be so dumb and yet so arrogant. But like all alt-left practitioners he uses ideology like a weapon, until like the knight in Monty Python he ends by severing his own limbs. In a novel I am writing I have a Trotskyist blowing hot air out of his rear orifice, and now I may have to go back and replace some of the things I have him saying with Toddy's nonsense. Isn't idiocy priceless?

Hi anon...It is indeed pathetic. The Con lunatics can no longer come up with an original thought, it's all Trump all the time. And thank you for those Hobbes' quotes, especially the last one, for nothing could better describe the kind of society we could find ourselves living in if the Cons ever return to power....

Hi RT....if those Coronavirus deniers could see just one person die of COVID-19 they would never again call it a hoax. But like most Cons they are really dumb, so I'm just hoping they learn their lesson the hard way. The very hard way....