The Covid Children and the Toxic Trudeau Haters 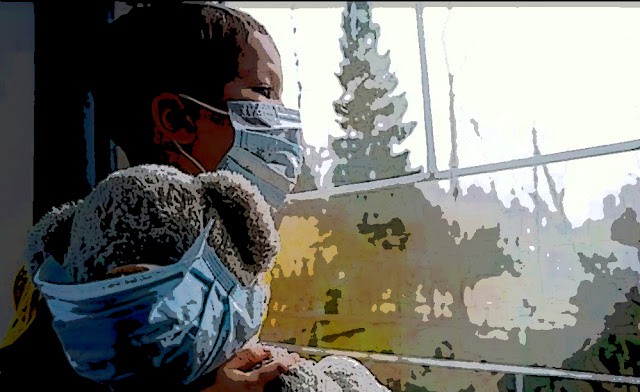 A recent poll suggested that half of all Canadians are experiencing some form of depression, and half are saying they’re feeling hopeless.

So it's not hard to imagine how many Canadian children are feeling. Caught up in a crisis they don't really understand, as well as missing their friends.

So the other day Justin Trudeau decided to reach out to them and their parents. 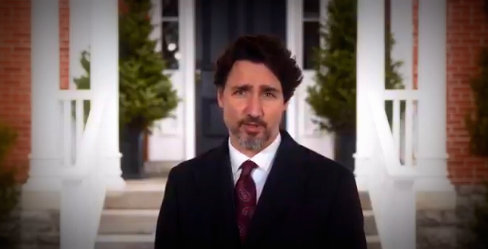 First he asked any mothers watching to leave the room so he could deliver this message to their children.

“Tomorrow is Mother’s Day, kids. It’s a special day for all the people who are mothers to us: our moms, stepmoms, grandmothers and older sisters. So let’s show them how much we love and care about them. You might want to get up early to make her breakfast or ask Dad to help you get her some flowers. Or, if you’re not together this year because of the virus or other reasons, you can draw her a card, or set up a video call. Whatever you do, I’m sure it will make her day and express how much you love her, how much you need her and how much she has your full support and love during this difficult time. And, all the time as well.”

Which had some Cons accusing Trudeau of trying to kidnap and/or rape their children.

But as grotesque as that was, it was nothing compared to the torrent of abuse that ensued when Trudeau sent their parents this message yesterday

Hey parents! If your kids are stuck on a homework question, feel free to pass this message along. Because as a teacher, I want to help out. Let me know what the difficult question is by replying to this tweet or using the hashtag #CanadaHomeworkHelp - and I’ll see what I can do. pic.twitter.com/MivkOaE8KM
— Justin Trudeau (@JustinTrudeau) May 10, 2020


I won't tell you what those Cons said, because so much of it was so vile and so pornographic, it shocked even some of their supporters.

And had a lot of other Canadians shaking their heads in disgust.

As for me, I made my feelings clear...

As I have for a long time. 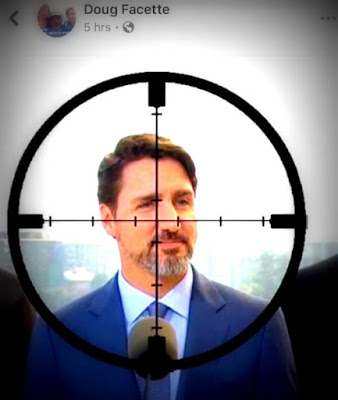 I have always been against it, from the ugliness of the Disaffected Liberace suggesting that Trudeau was a "bitch" the kind who get raped in jail.

To the equally loathsome Ugly American Andrew Scheer who spreads hatred, and infects this country like the COVID-19 virus itself. 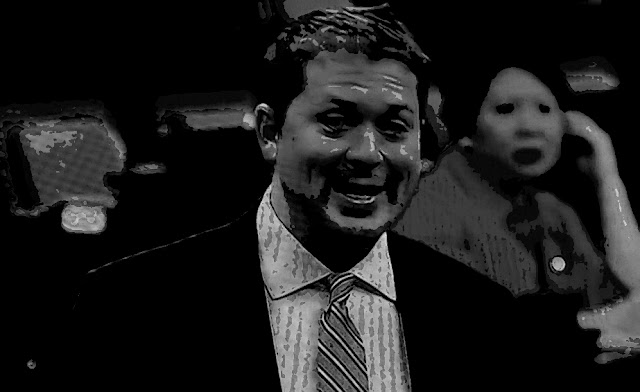 And would destroy even a message intended to help children, in his feverish attempt to take down Trudeau, and destroy Team Canada.

Even in the middle of a deadly pandemic.

It's obscene, it's evil.

And he must be stopped, and hopefully forced to resign, before him and his filthy Cons further corrupt this country...

QAnon and its attendant lunacies are a perverse Russian psy-op weaponized by the global right (IDU) against liberal public figures for the "crime" of wanting to improve people's lot in the world. These libelous creeps -- probably the lion's share of whom have candy vans of their own -- wail in bad faith, where is Sophie, where is Sophie? No wonder she's avoiding the public eye and shielding her family, and who could blame her? Do they hear themselves talk? It's their fault her husband ended up having to wear a bulletproof vest at a campaign event. It was they who bombarded social media with twisted messages hoping she would die of coronavirus, that Margaret would die in a house fire, and that bad things would happen to the Trudeau children. Now they're going after other people's kids as a proxy for their irrational hatred of the prime minister? Why do these idiots continue to breathe moistly and waste oxygen?

It's really a testament to his tenacity and his genuine love of country that Justin Trudeau simply ignores this collective psychosis, allows the authorities to monitor the nuclear dumpster fire that is the reply column to his honeypot account, and lets the Cons metaphorically hang themselves with their own political rope, complete with stinking weighted albatross. But this is getting ridiculous. It's long overdue that Canada toughened up its laws on cyber crime and incitement to hatred. Levant, Bexte and especially Batshit Batters deserve at the very least to be sued, while the rest of these keyboard-warrior lowlifes ought to be quarantined in jail.

Simon, I'm getting fed up with this crap that I called for Trudeau to be raped in jai. You know it didn't come from my IP address, the only one I've used in the 14 years I've been blogging. Why don't you come up with proof or just shut up? It's really quite disgusting, Simon. There's another word for it - defamatory.


Hi Mound....the pandemic must have scrambled your memory or your marbles. I don't need an IP number. That's another sordid case which I'm sure you remember. No, in this case I have a screen cap of that post written four years ago, and the offending part reads like this:

"Prison culture has its own lexicon, words that have a prison-specific meaning. One of these is "bitch." In prison the word describes a person who is easily cowed and then exploited by a predator. The bitch usually winds up performing certain, oh let's call them, "favours" out of fear of what awaits if he refuses. Once you're a bitch there's no going back. Performing favours is the cost of getting by.

Why do I get this nagging feeling that the Trudeau government has got this "prison bitch" quality? They're all butch when it comes to talking tough but their talk isn't matched by their actions. It's as though somebody got to them, turned them."

You are free to criticize Trudeau as strongly as you like, it's your right. But introducing an element of sexual violence into that criticism is both ugly and homophobic. And since you are also on record as suggesting that gay people should be seen and not heard (I also have a screen cap of that one) it's not something I'm prepared to ignore, and will definitely not be silenced by somebody like you. So please apologize for suggesting I'm trying to defame you, then run along, and in the time you have left please try to be a better person....

Hi Jackie...as you know I have always considered toxic Trudeau haters to be suffering from some kind of mental illness, or from the results of tertiary syphilis. But demonstrating their degeneracy in the middle of a pandemic is the absolute limit. They have demonstrated once and for all that they are unfit to govern this country...