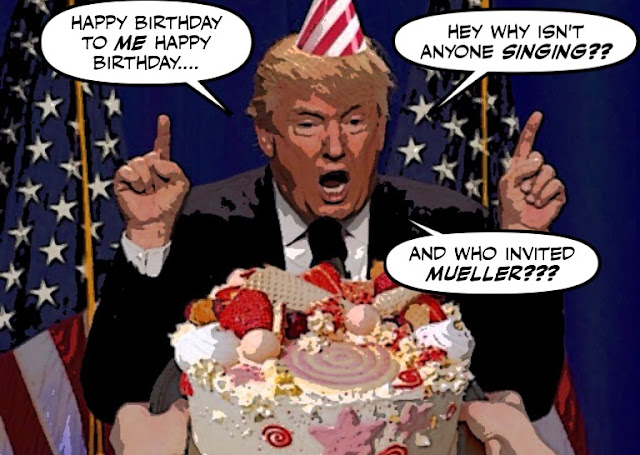 It was Donald Trump's 71st birthday yesterday, and I think it's safe to say it wasn't a very happy one.

First he found out that somebody had been shooting Republicans.

Which since he is notoriously cowardly, must have had him wondering whether he might be next, and whether he really needed to be president.

Then came the devastating news that the gunman wasn't a Muslim.

And then came the worst news of all. 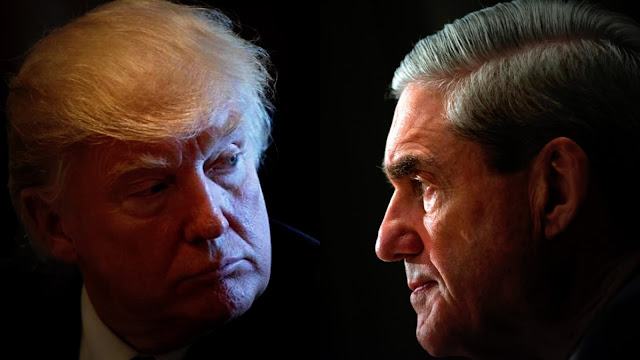 The special counsel overseeing the investigation into Russia’s role in the 2016 election is interviewing senior intelligence officials as part of a widening probe that now includes an examination of whether President Trump attempted to obstruct justice, officials said.

Which, even with all the evidence in the world, might not be enough to put Trump in the place where I believe he belongs... 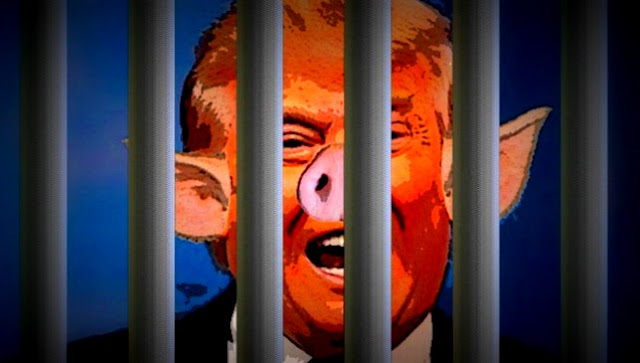 Investigating Trump for possible crimes is a complicated affair, even if convincing evidence of a crime were found. The Justice Department has long held that it would not be appropriate to indict a sitting president. Instead, experts say, the onus would be on Congress to review any findings of criminal misconduct and then decide whether to initiate impeachment proceedings.

But it could cause enough Republicans to abandon Trump, and vote to impeach him.

And the best things is, it would all be HIS fault.

The Russia investigation might have gone nowhere, but he tried to pressure James Comey to kill it. When Comey wouldn't do that he fired him.... 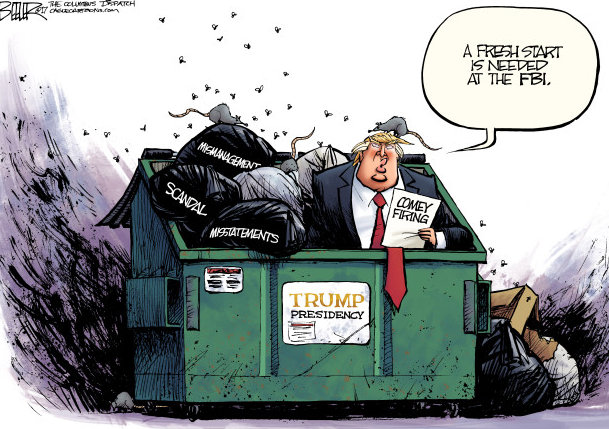 And that's how he ended up with Mueller, the man who might trigger HIS firing.

Oh boy. Talk about how one bad move leads to another...


And before you know it you're screwed.

And no wonder the Oxford University Press has declared the word "Trump" to be the Children's Word of the Year.

It is also used as a verb, as evidenced in this passage by one young author:

“Suddenly I did the loudest trump EVER! The whole restaurant gasped, as if it was a crime. ‘You trumped in front of the Queen,’ hissed the shark.”

And why I like the word Trumpdiddlydumper so much.

He was always unfit to be president.

He was diddly to the point of disgusting. He dumped on his own country.

And he never realized what he was doing, or where he was going.

Until it was too late... 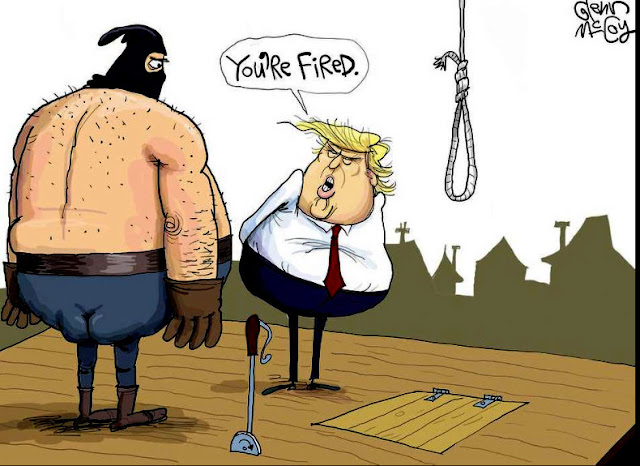 Labels: Donald Trump, James Comey, Robert Mueller, The Madness of Trump, The Rise and Fall of the Orange Oaf

Pay attention. GOP senators passed a bill to increase sanctions on Russia and prevent the "President" from lifting them. Bob Mueller has not even said anything yet and some wheels seem to be in motion

I won't hold my breath waiting for Congress to impeach Trump - I don't believe you'll ever get the 2/3 vote needed in the Senate regardless of what Mueller turns up.

I'm more interested in NY state AG Eric Schneiderman's investigation into Trump's alleged connection to Russian money laundering. So far, that's been flying pretty much under the radar while the media reports on the latest revelations out of Mueller's probe. But Schneiderman's now broadened his investigation to include the Eric Trump Foundation, as well as the Donald Trump Foundation and Trump Organization. Because all of those organizations are based in New York, the state AG has jurisdiction over everything, and every check going in or out clears New York.

The best thing is that Trump has no power to fire Schneiderman nor can Trump or his successor use the presidential pardon power to get him off the hook. The pardon only applies to federal offenses. I suspect a violation of NY state law is what's going to finish off Trump, not the Comey firing or the Russian election interference.

You should do a column on the vomit-inducing freak show where the cabinet succubi pledge allegiance to Trump as if he were the emperor of the universe. Prince Rebus sounded like an accolyte with a drawstring tied round his scrote, his praise of King Don 1 was so effusive. The rest sounded like they were reading scripts under pain of death or a Mueller/Comey-approved definition of acceptable torture from Guantanamo days of yore. Uneffingbelievable.

Of course, I myself find it all too funny ha ha, that neocon Mueller and his pal Comey, bureaucratic cronies from the days of Dubya (Mueller was a WMD fan and prone to bombing brown folk), both truthtellers on only bright spring days when the questions are about whether gluten in dogfood is bad for old Rover, are out to get the GOB. Doesn't mean they're not mean varmints theirselves, good ole boys for The American Way of Exceptionalism and Indispensability, wherein Americans are somehow promoted as super beings and the rest of us only exist to be harvested for whatever loot we possess that benefits America the Good and Great.

Translation: none of these people are worthy of any kind of praise or respect. They're rats wringing out what they can extract from the rest of us. The US is well off the rails of decent behaviour in almost every regard. That's why the majority of its citizens waste their spare time on social media, netflix, eating bad fast food, anything to avoid thinking about the corrupt reality they face every day. All these big players are being manipulated by big money and lobbying, not the general populace who have been sidelined and marginalized.

That Glenn McCoy cartoon is priceless.

Mueller will turn up a lot of shit. They will lose in a landslide if they refuse to act.

Hey Simon just curious would you considered yourself a Marxist?

The more they dig, the more twitchy Donald Plump becomes.
I'm picturing that every time he hears someone say Russian collusion or obstruction of justice, his body involuntarily twitches and another morsel of plaque breaks free from his fast food clogged arteries. It goes on an incredible journey as it flows through The Donald, collecting others along the way until one day they get stuck. All hell breaks loose as it's violently tossed around and then, the flow stops.
America's and the world's nightmare is finally over.
JD

Unfortunately it would not be over. The Donald has merely introduced a whole new species of alligators into the swamp and all of the jostling for food (money) has temporarily exposed their true nature especially how both internal and foreign policy is directly tied to wealthy lobbyists and nothing to do with what is best for the American people or anyone else. Removal of Trump would perhaps slow the downward spiral of crony capitalism but unlikely to stop it until it hits rock bottom.
RT

hi anon...yes I saw that, it's a bad sign for Trump. And Putin won't be happy either. I always knew that the Russians were playing with fire, and that their clumsy attempt to interfere in the election would end up hurting relations between the two countries not helping them. Which is a pity....

hi anon....look I agree that it won't be easy getting the Republican Congress to stop supporting Trump. And you may be right, the money laundering investigation might be more productive. But Mueller is also looking at the Trump gang's financial dealings, and with so many balls in the air who knows which one will be the grenade that stampedes the Republicans....

What makes you think that GOP voters will be influenced by what Mueller turns up? They knew before the election that Trump was a racist, misogynist, homophobic, self-confessed pussy-grabbing chronic liar with ties to the Russian mob. Millions watched him call for Clinton to be locked up without evidence of wrongdoing, and call on Russia to hack her emails. And they voted for him anyway.

Yesterday's polling still shows Trump at 75% approval among Republicans, down only 5% since March. As Trump said, "I could stand in the middle of Fifth Avenue and shoot somebody and I wouldn’t lose any voters.” He was right then and I don't think that will change.

Hi anon...I did write something about that freak show, when the Trump cabinet members tried to see who could praise Trump more extravagantly. It just wasn't very good because I was laughing so loudly. I also don't disagree with the state of our neighbours these days. I'm having trouble forgiving them for allowing Trump to become president. But as soon as I hear the trap door spring, and know that Trump is gone, I'm sure I'll forgive them everything....

hi anon....I'm not much for definitions, they're too constraining. But I guess if I had to be labelled I'd choose democratic socialist...

hi JD....stop raising my hopes ;) Whenever I hear of his dietary habits, and how he believes he can't exercise lest he use up his battery power, I wonder why he is still standing? And what drugs is his quack doctor giving him? I just hope we can give him a stress test now, before a crisis happens, lest he fall flat on his face, on the nuclear button...

hi RT...that maybe true but one can't be to choosy. I believe the system will eventually collapse under it own weight. But if we are going to be still here to enjoy that, Trump must collapse first... ;)

hi anon 4:23...Mueller strikes me as a very serious guy, and if he can find something to get his teeth into, I think many Republicans will abandon Trump to try to save their own lives...