The Abominable Cowardice of Andrew Scheer 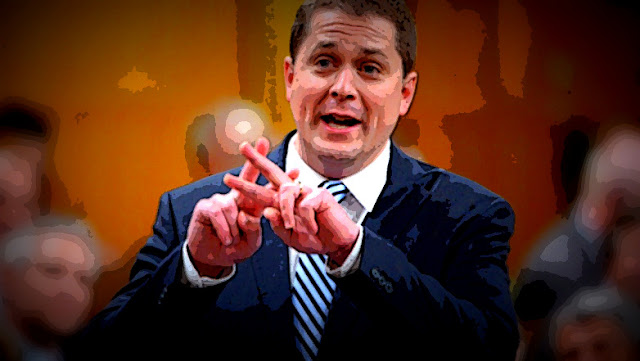 This much we know about Andrew Scheer, the man who likes to call himself Stephen Harper Two, or Harper with a smile.

We know he is a serious religious fanatic, who owes Brad Trost his new job.

We know that his political philosophy is more Republican than Canadian.

But who knew he was such an appalling coward? 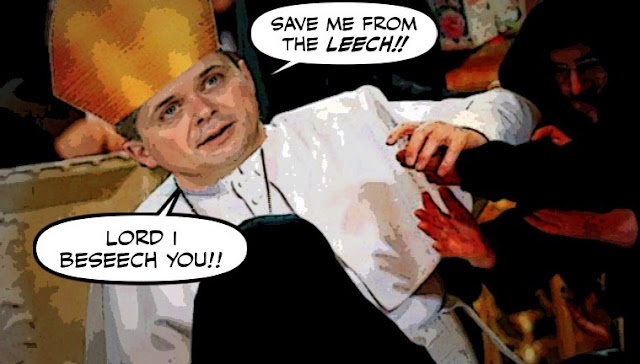 A wibbly wobbler who would forgive the ghastly Kellie Leitch for smearing Justin Trudeau and 40 thousand Syrian refugees with a tweet like this one:

Or worse, wobble off pathetically after desperately ducking the question.

Following Scheer’s end-of-session address today, a reporter asked Scheer to address Leitch’s comment about Syrian refugees and her views about the legacy Syrian refugees are leaving in Canada.

“I know she retweeted something without quotes … I believe it was something from the Globe and Mail,” Scheer said, referring to the Sun column.

When Scheer was asked whether he supports Leitch’s decision to cite a single domestic violence case as the legacy of the Trudeau government’s Syrian refugee program, he waffled.

Before running for cover.

When asked for his own views on the Trudeau government’s refugee program, Scheer backed away from the podium. “Anyway, thanks very much. See you soon.” 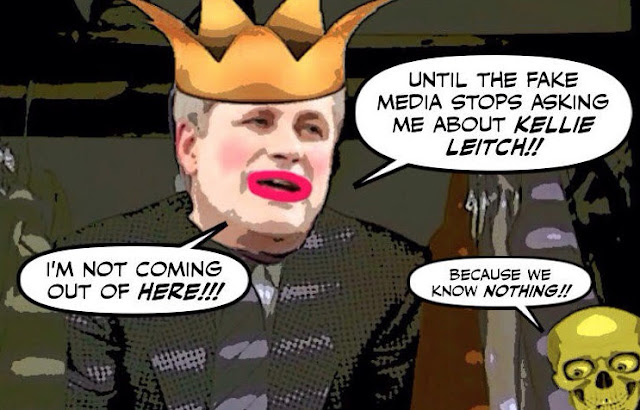 Even as the story spreads like a forest fire, or herpes, all over the world.

Kellie Leitch, the Canadian firebrand who lost her recent effort to lead the Conservative Party, has ignited a bit of a firestorm with her online sharing of a column about a Syrian refugee who beat his wife with a hockey stick.

And the New York Times seems to have a better grip on reality than either Scheer or Leitch.

Few who understand the case see it as an indictment of Canada’s multicultural immigration policies or its progressive refugee outreach. “It’s not a legacy. It’s an exception,” Ms. Burke said, referring to the line that Ms. Leitch posted.

But then why should anyone be surprised by Scheer's wibbly wobbly performance?

He hasn't criticized Brad Trost's campaign for allegedly passing on a party membership list to the gun lobby, because he needs Trost's religious fanatics.

He won't criticize Leitch because he needs her grubby bigots.

And he doesn't dare annoy his good buddy Ezra Levant... 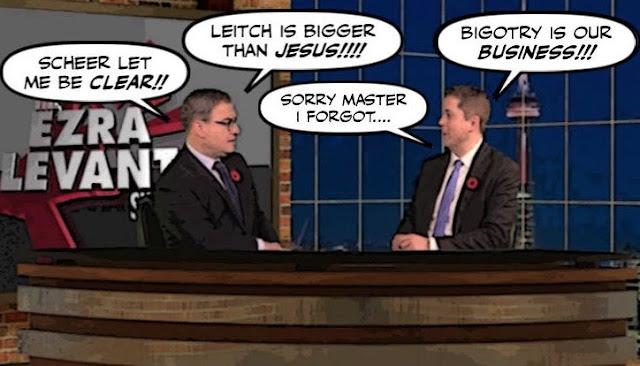 Except the Cons are still the Bigot Party.

Andrew Scheer is just not ready to be the leader of a Canadian political party, let alone prime minister.

And yes, I was right.

By the time we are finished with this cowardly religious fanatic there won't be much left of him... 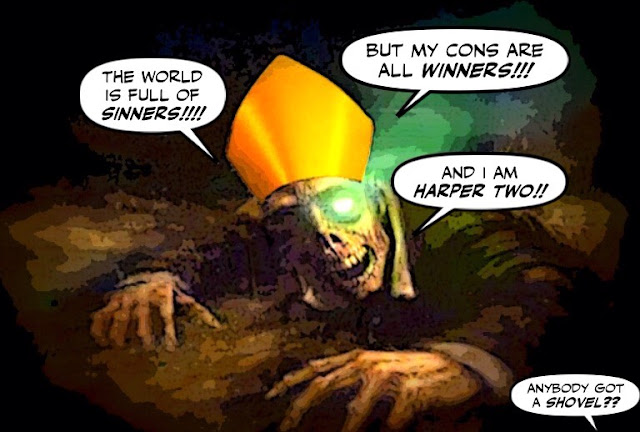 He was a coward as speaker too.

Once a coward, always a coward.

I love my con party. Let's continue to move the overton window to the right. Being against immigrants and refugees used to be taboo, now it's becoming more and more socially acceptable. Make Canada Great Again!

I'm new to the blog world but I'm trying to get started and create my
own.

Harper 2.0 will crash even worse than 1.0 did. You can paint a smile on a pile of shit but it still remains a pile of shit with the same flies(Kellie etc.) hovering around it.
JD

Simon, what are we going to do about Patrick Brown? They are all cut from the same cloth- can we name three, uh, honourable CONS?

PB is a jelly sandwich like JK. The door is open boys walk out,

Cheap tweets like a vulture bird. Who doesnt beat their partner with a hockey stick?<)

So MC are you out of the facist closet and declaring yourself a white supremacist?

Addressing tribalism with more tribalism. We're being manipulated and consumed by the masquerading pill-peddlers of both extremes. As we grab for our sticks and blankets, they exchange winks and renew their club memberships. With the exception of the God exhibition, everything about them is interchangeable.

hi anon....well he certainly was a rotten Speaker, who like the Tower of Pisa leaned only one way. He made one lousy ruling after the other, and was always faithful to his master Stephen Harper...

hi MC...fine, love your Con party, but please take some time to look around you. Canada is and has always been a country of refugees and immigrants, and it's going to stay that way forever....

hi anon...hey that's great, the more bloggers the better. If you go to Blogger or Wordpress, just to mention two blogging sites, you will find all you need to start your own blog. Good luck....

hi JD...I hope you're right. I hope Canadians will not be fooled by Scheer's permanently pressed smile, for in many ways he could be more dangerous than Harper. But as you say, the Cons may have a new leader, but they are still the same rotten party. And since Chucky Howdy Doodle isn't likely to make it something new and different, nothing has really changed, and we can't count on that to defeat them...

hi liberalandlovingit....I don't know what we can do about Patrick Brown since he is shaping up as a formidable candidate, and I'm afraid the Liberals can only be saved if Kathleen Wynne resigns. Barring that, the only way to narrow the gap is for the Libs to show some imagination, and try to show that the changes Brown has made are just cosmetic. And that it's the same old Harris Party behind all that lipstick...

Firing Premier Wynne is not the answer, in my humble estimation, Simon. That's giving 'them' what they want.

She is a strong, honourable leader. The problems are not hers--personally, but poor middle management styles and random bullshitbad luck. She is exactly the kind of leader a progressive and growing province like Ontario needs.
The BROWN will be got on something of his-slash-their own making. It's the job of us, to make sure all the citizens know about it.

He's already on my Liberal TV saying 'even' if you're a progressive...
even if you're a Union member...even if you're a thinking person...
eveneveneven...then the Ont. PROGRESSIVE Conservative Party has a place for you. GaGGh. That's what their dealing--heavy on the 'progressive'.

It's their only hope--and it's our word--WE OWN IT! They always trying to steal and/or f*ck with our language...NO WAY CONS!!

so this is the best Leitch can do? one case of domestic violence with over 25k Syria refugees. Hell you can go through most suburban subdivisions on a weekend and find one case of domestic violence for probably some where around every 100 houses if not more. Of course Scheer isn't going to counter much what Leitch says because he doesn't want to start a war with her this early in his position.

Face it the Cons have a racist theme running through their party and it isn't going to go away. You can't change people like Leitch. My suggestion would be, ignore her or simply post the domestic violence rate in Canada and it will certainly be higher than one in 25k. of course one could say he certainly was Canadian in his abuse, used a hockey stick. If he'd been American who would have shot his wife.

Come to think of it some Conservatives over the years have been charged with domestic violence, so what is Leitch carrying on about....she needs to clean house in her own party first.