The Hidden Face of Andrew Scheer 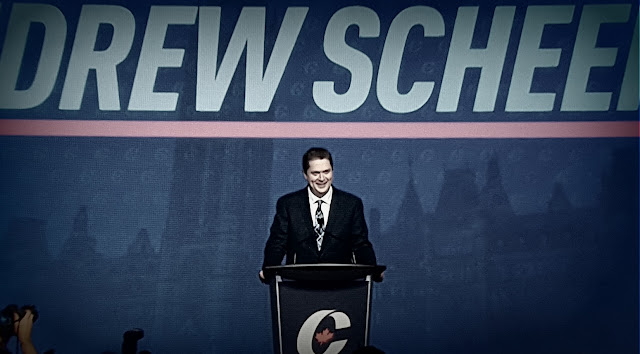 As you know, I've been trying to warn people that Andrew Scheer is not the nice guy he pretends to be.

Warn them that his perma smile conceals the frightening depth of his religious fanaticism, as well as a truly ugly mean streak.

And that far from being a howdy doody farm boy, Scheer is a ruthless Con operative,
and as great a threat to this country as was Stephen Harper. 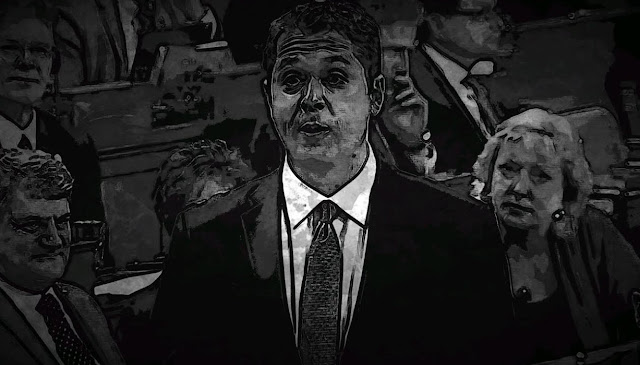 As the former NDP MP Lorne Nystrom found out the hard way, when he lost his seat to him in 2004, and came face to face with the real Scheer.

Or the ultimate political animal.

Beneath his doughy, genial exterior, according to those who have worked with him, and in some cases lost to him, lies a calculating strategist with no fear of bare-knuckle politics.

“He’s not just the big cuddly smiling teddy bear by any stretch of the imagination,” said Nystrom.

While Scheer sells an image of wholesome Prairie populism, he is in fact a creature born and bred of the Ottawa machine. He has been active in right wing politics since his teens.

A far right extremist with reactionary views and a  truly horrifying voting record... 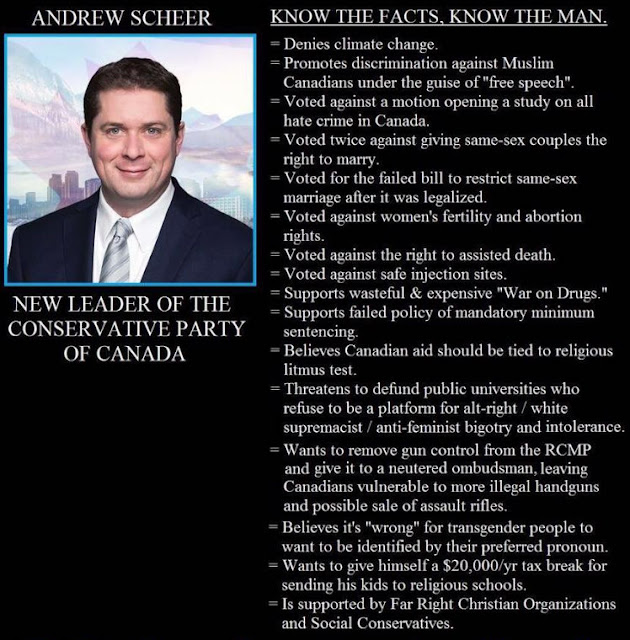 A religious fanatic who is already trying to make it appear like mobs are burning down universities and churches... 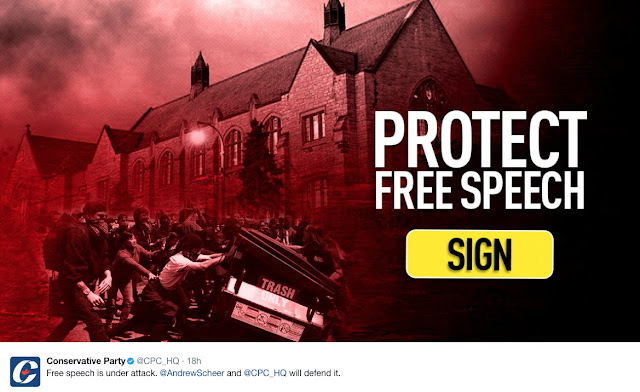 And that only he can save them.

A tea bagger who doesn't want to talk about his close ties to the hate mongering Rebel media.

Or tell us who is really running the Cons, him or Ezra Levant?

A Con hog who is only too happy to get down on all fours and play dirty.

And is still wading through the gutter, dragging crime stories and people like Karla Homolka, into the House of Commons.

In an attempt to smear Justin Trudeau...

It's a sickening sight, more American than Canadian.

And one can only imagine where Scheer might take the Commons he defiled so often when he was Speaker... 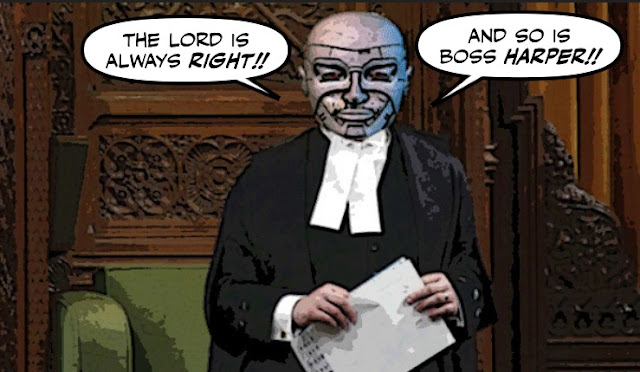 By acting like a Con robot, and turning it into the House of Harper.

Or where he might take Canada if he ever became Prime Minister.

For if he doesn't believe in women's rights, and considers gay families "abhorrent."

And believes that all families should be like his... 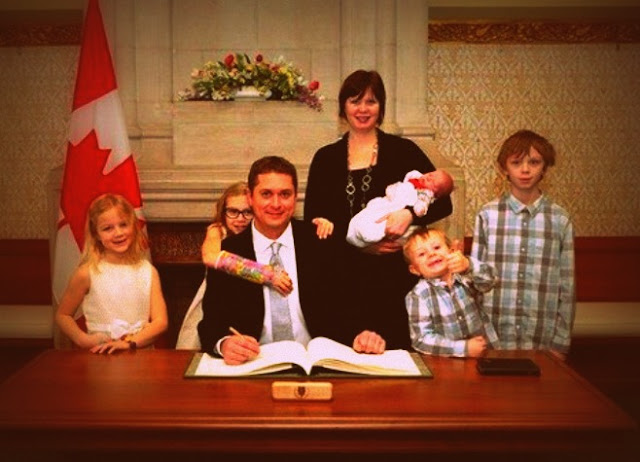 I want to make it clear that I find him abhorrent.

And I don't want to live in his Canada... 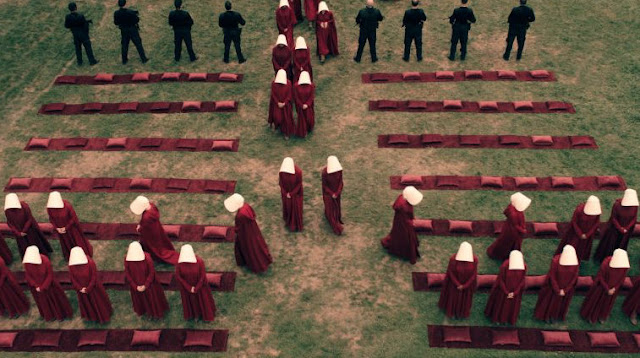 We know what Andrew Scheer wants to do to Canada.

And send him back to where he came from... 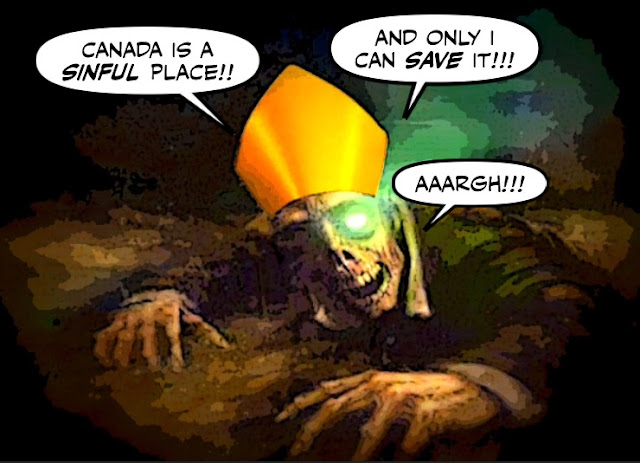 The Handmaidens tale was a warning about his character.

You are so right, Simon. Let's pound on this drum until that date in 2019 where Justin Trudeau is elected to a smashing majority government. Let's never underestimate this guy and let us never let up until he and his ass backward party are destroyed.

Ms Homolka got her plea bargain because the POLICE messed up a search of a small bungalow. A lot of the horror that twisted pair were able to carry out was due to incompetence and lack of communication between police forces. Bernardo was also the Scarborough rapist and probably committed other murders that were never solved.

quote from Canadian Encyclopedia article about the couple's crimes:

"In 1996, a government inquiry into the investigation of Bernardo found that police had made numerous mistakes, that rivalries among police agencies had further harmed the investigation, and that some of Bernardo's crimes might have been prevented if his DNA sample had been processed and matched more quickly".

She has served her sentence in full and as long as she doesn't reoffend, there is nothing more that can be done against her. She is no longer volunteering at that school.

I won't go into the need to defund private schools, including religious ones. An important plank in the Québec solidaire platform.

This whole LGBTQ mental illness has gotten out of control. What's this about the Ontario government taking kids away from their parents if they don't accept their made up gender?

Quebec Solidaire is a joke.

"Gabriel Nadeau-Dubois, the former student leader, had the Canadian flag removed from the room and then proceeded to adjust the oath of allegiance, adding the words ‘Free Republic of Quebec.’

He then stood up in Question Period on Wednesday to ask what’s on everyone’s mind these days about the legitimacy of independence. Haven’t you heard the heated discussion at the bus stops? I’m sure the voters of his economically-challenged Gouin riding are just itching for another shot at the Promised Land.

The premier responded that Quebec would need to endure at least a decade of catastrophe if it ever left the federation. Indeed it would be probably even longer than that – a price no one would be prepared to pay.

Except perhaps the dreamers and the radicals like Nadeau-Dubois who built his reputation with red squares and sometimes violent protests which plagued our city for months. He may have big plans. My guess is that unlike his glory days as a student leader, nobody is really listening or really cares." Courtesy of Barry Wilson CTV.

Dont worry Andrew will sweep to power with his skygod driven platform. Re education for all gender traitors.
Strange although the King James version is black and white when it comes to sleeping arrangements, it has no opinion on abortion.

Oh yeah? I thought it was Reagan? Then Bush? Now Trump?

"the King James version is black and white when it comes to sleeping arrangements" - yea? Like Lot and his daughters? (Gen 19:30-38) Is this what you were referring to?

The Québec student spring protests had far less violence than your average hockey riot, and none of that was endorsed by its leaders.

I live in Gouin, how is it economically-challenged? On the contrary, it is tending towards gentrification.

Go back to the West Island, its malls and its infestation of polluting vehicles.

Whether the Bible was written by King James or LeBron James is irrelevant. The Charter is the law of the land in Canada. Not the Bronze Age equivalent of Harry Potter (and a poorly written, incoherent draft at that).

If someone were to write a book about the rise of the unhinged lunatic Ezra Goebbels and his personal vendetta against the Trudeau family, they'd have to start in the mid-90s, when Mulroney/Campbell's PCs crashed and burned and Manning's CRAP coalition was formed, eventually producing the likes of Scumbag Steve. Levant was tapped by Quebecor to be Canada's Rush Limbaugh/Bill O'Reilly at the helm of Fox News North. But the sun set for Sun around the same time it did for Harperism and the rise of Sunny Ways. So Levant wants a rematch. Might as well call it, "The Empire Strikes Back."

He was nationally humiliated in the aftermath of that boxing match: Justin went to Parliament Hill; Sun News went off the air, and Ezra went off the rails. He now seeks revenge against the man he blames for his failures in life by being Canada's equivalent of Steve Bannon. The young Jedi is dealing with some formidable villains who've let the hate run through them, Levant being one of the top five on the list.

Hopefully, the trend against odious cons that we've seen in Europe, as a result of Dump scaring the covfefe out of voters, continues north of the 49th. Merkel is likely to be chancellor well into her ninth decade. Macron is due for an absolute majority in the upcoming elections. Corbyn may as well start packing his kit bag to move into 10 Downing. Le Pen and May are finished, and Dump has been discredited everywhere but thug states where he has his investments. People are seeing the beast for what it really is behind the fake smiling face.

The next pillar that needs to fall is the CRAP coalition and their comic-book bad guys like Scheer, the rest of the Harpies, and the posterior orifice Levant. Sleeping Giants is doing a good job taking on Deplo-Rebel Media. The grab-your-wallet campaign has already decimated Breitbart. My only regret is that the original Batman couldn't be here to see the Joker and his ilk get biff-bop-blammed once and for all.

You mean the Charter that begins:

"Whereas Canada is founded upon principles that recognize the supremacy of God and the rule of law".

hi anon 9:26...that's the spirit. I sometimes think that some progressives think that getting rid of Harper was the end of our Con problem. But of course it isn't, not with Scheer proclaiming himself to be Harper with a smile. And since Scheer with his psycho smile might be able to fool a lot of Canadians, the sooner we wipe that smile off his face the better....

hi anon 11:20...may I suggest that you are the one who is mentally ill. Please seek help for your bigotry as soon as you can...

Hi Lagatta...of course I agree with you. Homolka has done her time, we are ruled by laws, not the howl of the mob. And Scheer should be shamed of himself for dragging an old case like that one into the House of Commons...

hi MC...I have lost touch with Gabriel Nadeau-Dubois. But I note that he has boosted Quebec Solidaire in the polls, and since he commands the respect of many millennial, I would not be surprised to see him head a government one day. So keep your suitcases packed... ;)

I pity Erzra, he had been born in the USA he would be a right wing superstar, in Canada the general level of thought can not support a platform of bullshit.

Psycho smile? If he's PM, I won't be using my shower anymore.
But, as in the USA, we probably have enough gullible voters to elect a Howdy Doody Trumper.