Isn't It Time To Ask What's Wrong With Donald Trump? 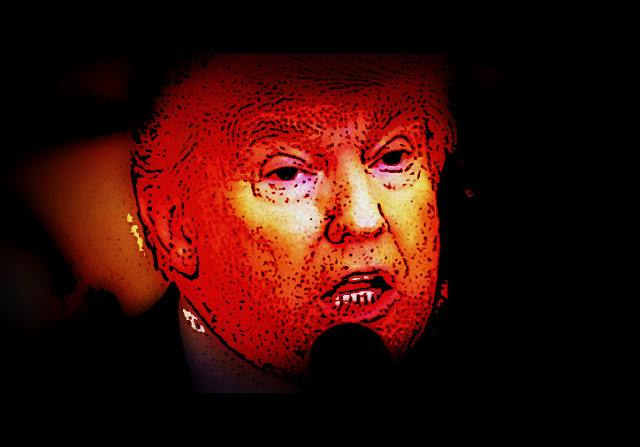 You can see the fear in Donald Trump's piggy eyes. You can smell his desperation.

After somebody shot some Republican congressmen, he tried so hard to look and sound like a president.

But that new found restraint only lasted for about 48-hours.

Before his madness erupted again. 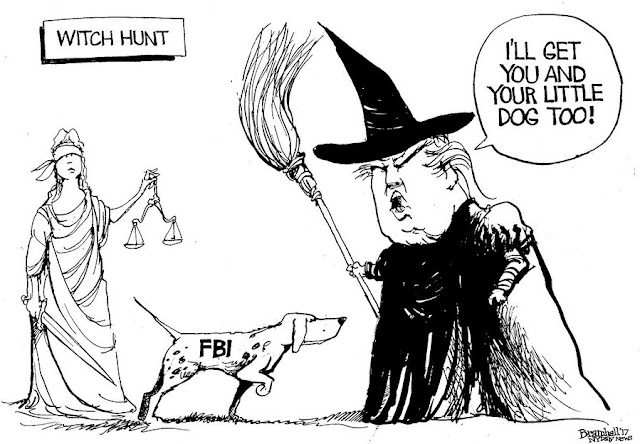 And he sounded crazier than ever.

For after firing James Comey, and threatening to fire the special counsel Robert Mueller, now he appears to be going after the deputy attorney general Rod Rosenstein.

President Donald Trump woke up on Friday and decided to publicly confirm that he is under criminal investigation—and to put his deputy attorney general in the line of fire.

Only to shoot himself in the foot. Again.

“It’s clear that this tweet has not been vetted by his [Trump’s] attorney,” said former federal prosecutor Renato Mariotti. “In addition to confirming that he is under investigation, the tweet makes a factual statement regarding the president’s decision to fire James Comey, which is a subject of the investigation. You can bet that when the president testifies regarding his role in Comey’s firing, he will be asked about this tweet.”

And yes, this might be a good time to ask again, what's wrong with Donald Trump? 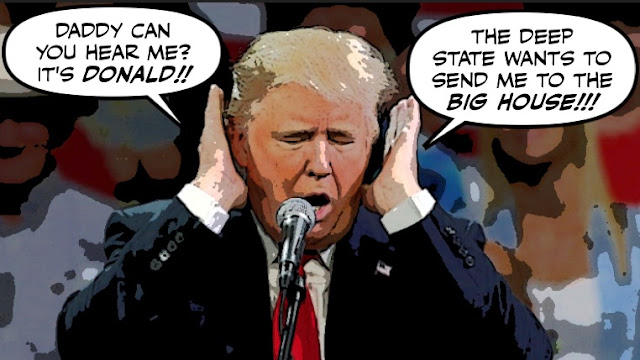 During his ascent from the business world and reality television to the Presidency of the United States of America, Donald Trump has consistently displayed many of the qualities and behaviors associated with narcissism

The narcissist is self-serving and will go to great lengths to protect himself from ego injury, including changing facts to fit his worldview rather than changing his worldview to fit objective facts. The nexus of repeated lies, creating an “alternative reality” even in the face of conflicting evidence, is so deeply rooted and so intricately woven that severe narcissists can display a quasi-delusional state (separation from reality) similar to that seen in psychotic disorders.

How severe is his narcissism, and how dangerous could Trump get when his fantasy world finally collides with reality? 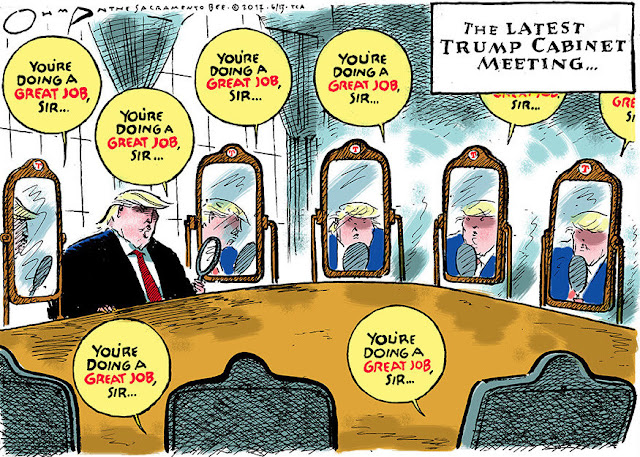 Depending upon the practical circumstances and environment as well as other personality traits (and possibly, biochemical vulnerabilities), depression may slowly or precipitously lead to a suicidal level of despair or a total “escape” from realty into a “full-blown” paranoid state. The latter statement underscores the need for experts to highlight these behaviors in the current President due to the danger it presents to the millions upon whom his actions have consequences.

And yes, as I suspected, his narcissism is off the scale, and he's too dangerous or too beastly to be allowed to remain in office.


And no wonder even his own lawyer is lawyering up.

Michael Cohen, who for years has served as President Trump’s personal attorney, has hired a lawyer of his own to help him navigate the expanding Russia investigation.

Cohen’s decision is the latest indication that the Russia probe overseen by special counsel Robert S. Mueller III is intensifying and could end up focusing on a number of Trump associates, both inside and outside the White House.

The Mueller monster is coming.

And one way or the other the Orange Oaf is going down... 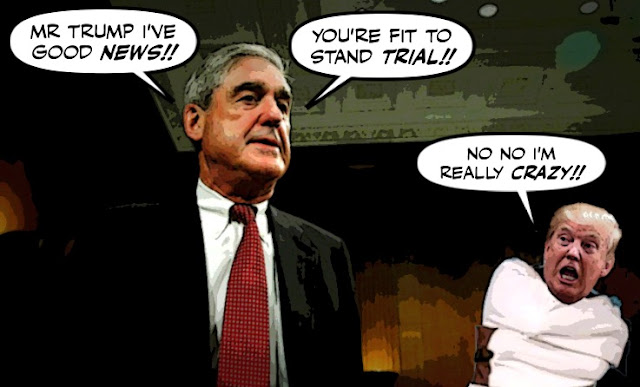 Labels: Donald Trump, Robert Mueller, Rod Rosenstein, The Madness of Trump, The Rise and Fall of the Orange Oaf

Pay attention to the Mueller beast, but do not forget the Schneiderman beast. That is the beast that could take down that whole empire and render that slime family penniless.

"What's Wrong With Donald Trump?" There's so much that it's easier to answer what's right about Trump? Nothing. In the midst of all he is facing he still finds the time to be an asshole with Cuba. I guess he needed a "win" to stoke his bloated ego so he picks on the impoverished nation.
His desperation in trying to be "presidential" following the shooting exposed a man who's grip on reality is fading fast and will not end well.
Will it be impeachment or will he be committed to the "Babbling Brook Home For the Criminally Insane"? I don't care, just go.
JD