How I Really Feel About the Lukiwski Affair 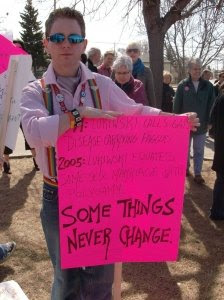 I was really glad to see that dozens of gay people turned out to demand that Tom Lukiwski be punished for his bigotry. Good for them.

On the other hand it also made me realize how alone we are. Wouldn't it have been nice if hundreds of straight people had joined them ?

But then the whole Lukiwski story has been like that. A Con Parliamentary Secretary stands revealed as a crude bigot but gets to keep his job. A whole bunch of progressives ride to his defence claiming it could have happened to ANYONE. Great.

A big Liberal blogger runs a YouTube clip that is just a barrage of faggot words. But doesn't even bother to apologize for his lapse in judgement.

And life goes on. Leaving us to lick our wounds and deal with the consequences.

I tried to write about the whole sorry episode. But I couldn't do it as well as Bruce has.

He is able to write honestly about his feelings. About the good things of being gay, but also about the hurt, the pain and the things that need to be said so that others understand how we really feel ..... about what they're doing to us..

I find it hard to do that because I don't want these homophobes to know how much they bother me. Or think I'm claiming victim status ....or want the sympathy of any straight person because I don't. All I want is respect and to be left alone.

I do sometimes write about my feelings for my companion to show them that our love is as real and as good as any other. 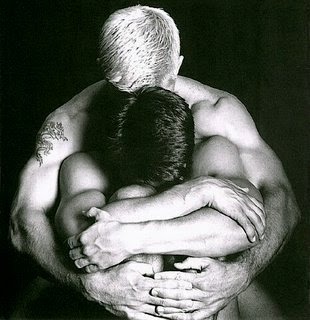 But even Sébastien still has to pry my deepest feelings out of me with a crowbar. Even after all these years.

Maybe it's because I'm Scottish and we're naturally reserved. Unless we're drunk.... and I don't drink.

But I think it's because I came out at the age of twelve, was targeted by bullies, and had to fight my way through high school. Almost every day for years.

If you've ever been in a fight you know that you can never let an opponent know that he has hurt you. Or he might get an extra burst of energy when you're vulnerable. And kick your lights out .

And I've carried that training or attitude into the rest of my life. You know....whatever they do, whatever they say it's all shite off a duck's back. I am NOT a victim. Nothing can hurt me or bother me.

Even though sometimes it does. Sometimes it really depresses me to see how casual bigotry can be.

But only until I remember it's just a small price to pay for the joy of being gay...and that I'm part of a world wide freedom struggle.

And that although there aren't nearly enough of them, we DO have straight allies out there.

I may not be able to express my feelings...as much as I wish I could. Or tell the hard and painful truths that need to be told like Bruce does. Because more straight people do need to think about their actions...and try to put themselves in our shoes. And try to imagine how they would feel if bigots were attacking them..... or the ones THEY love.

But I can imagine what victory or freedom from hate is going to feel like. And it's going to be AWESOME.

In the meantime .... I would like to remind the scumbag homophobes out there that everything they say and do really is SHITE. And that most of it does slide off me like poop off a duck's backside.

And that they shouldn't be fooled by the fact that I let down my guard for a moment.

Because I can still kick their lights out.

You see there I go again. I wish I hadn't had to become a violent person to stand up for who I am or who I love. I wish I could just live peacefully in a more tolerant world.

But as somebody said recently that's all blood under the bridge.

All I know for sure is that there will be another battle to fight tomorrow.

Homophobia should be a crime against humanity. But isn't.

The guilty are EVERYWHERE.

And the struggle continues... 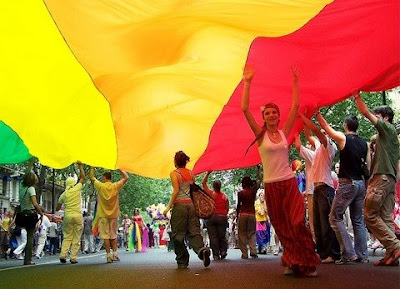 Ignored by all: watching a part one of a 8 p.m. Sunday Night CBC main channel, 2007/8 made-in-Canada tv-movie only a week ago - and heard FOUR different ethnic slurs. One each against Chinese, Japanese, South Asian, and African American.

There's routinely slurs and swears across mainstream CDN television - even in the afternoons. And some newstime 'closet taunts' aren't all that clever either.

You seem to be particularly obsessed with this A-hole. I just thought "another con-servative A-hole spouting his stupidity for his A-list friends". I left Asscratchnwin in 1983. Just be glad you don't have to live there. My moto is "Saskatchewan - a place for the rednecks to stay, so you can get away".