True Courage and the Revenge of the Bullied Kid 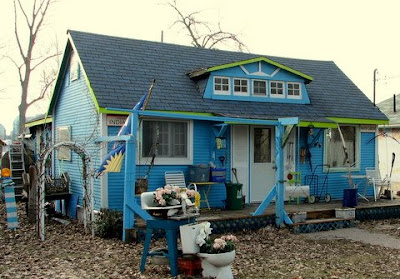 Oh no. I love my little island but I've got to leave it...in a hurry. To go into the city to a friend's place...with TWO television sets.

One to watch my beloved Habs.

And the other to watch this ultimate fight.

Because Georges St. Pierre is one of my Canadian heroes. 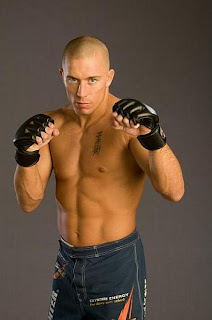 Oh I know what you're thinking.

I can't do much about the dum or the jock part. But if you've read this blog you know that I never wanted to fight. The bullies forced me to take up martial arts. I just watch fights to learn things. And I do recognize that true courage comes in many forms. 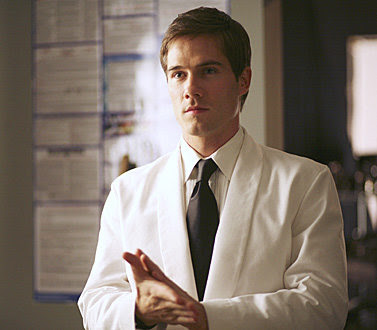 Just like I recognize that sometimes there are better ways to get back at the bullies than learning how to fight them.

Yikes. I have to admit that sad but brave little fella kinda choked me up. Thank goodness nobody saw me.

Although, probably because I'm gay and we have to endure so much... and even though I'm dum.... I also know that sometimes real men cry too.

I just want to make sure EVERYONE knows that I'm so damn butch.

I'll probably cry even MORE ..... if the Habs lose tonight.

Have a great weekend everyone !!!
Posted by Simon at 7:15 PM

Oh dammit Simon you made me cry with that Andrew vid.

It's funny how I never cried until I came out, denial does that to you.

Hi Bruce!!! I'm glad you liked the video. Wasn't that kid something? It's hard to believe that people could be so cruel to bully a child like that.Bullying is so inhuman and STILL we don't do enough to stop it.
As for you not being able to cry until you came out.... in a way I'm not surprised.
It's not until we come out that we can drop all that fake macho bullshit...get in touch with our human emotions...and become REAL men at last...

OMG – What a hauntingly beautiful voice the young, courageous and talented Andrew Johnston has.

Thanks for the video Simon.

p.s more on Andrew, (and the growing support he is now getting)

Wow, thank you for that Andrew video. Having survived my youth there is a lot of stuff, like bullying, that I can relate to. It seems to be one of those things I've buried and accepted as just part of growing up insecure in my being gay. I could name names and, of course, I have named the biggest cake-hole of all, my elementary school head teach Carl Glenn. But of course there were kids who emulated him, too.

Hey Simon, is there a post you can recommend that summarizes your experiences?

OMG, what an angelic voice that kid has. And what a brave little guy. Good on him.

P.S. What's the story with that great photo at the bottom of your blog?

Hi Sassy!! yeah isn't it amazing!!! He seems like such a sad sack kid and then out of him comes this awesome voice.
And thanks for the link. The story just keeps getting better!!! :)

Hi Kenn!!! I never experienced any bullying from teachers...just from other kids. And not just because I was gay but also because I was a new immigrant to Canada.
As for a post that summarizes my experiences there is really only one in my sidebar at the top of the list of popular posts. It's a bit frightening and violent but it explains everything. Or as much as I want to anyway... :)

Hi JJ!!! Yes it's a lovely combination angelic and brave.Believe it or not I had a great singing voice once. I was the darling of my pervert music teacher...until my voice broke.
After that I had to serenade the bullies with my fists and feet !! :)

Hi Kenn !! I didn't see your other comment...
The photograph was taken by Sebastien two summers ago as I sulked by the side of a small loch not far from my family home in the Moray region of Scotland.
I included the shot to show people that all this rambling shite comes from a poor boy who grew up in a bleak place like that.
So they can have mercy on me !!! :)