From Brokeback Mountain to Gay Woodstock 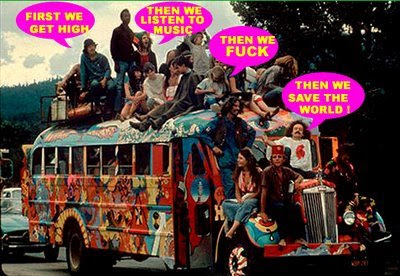 As I've mentioned before, I've never forgiven my parents for not having me sooner...so I could have been a gay hippy...and gone to Woodstock.

So I'm really glad to see that the man who made Brokeback Mountain is making a movie about it.

With a gay angle.

I'm happy that a little more of our lost gay history being reclaimed. But what a challenge. I'd sure hate to be the person who had to decide what songs to include on the sound track. There were so many great ones.

From Joe Cocker's With a Little Help from my Friends...to Jim Hendrix's haunting Star Spangled Banner playing to an almost empty field.

And who can forget the incredible performance by Richie Havens who once lived in the McGill Student Ghetto.

He opened the show. He was asked to stretch and stretch until he ran out of songs.

So he improvised this one...


When I was a gay kid with a bully problem I thought it was one of the best freedom songs ever WRITTEN. But Ritchie says it was just a feeling.

"I started singing 'freedom' because I said to myself, 'This is the freedom my generation has been looking for - and this is it. This is the beginning of the world. "

No wonder I love Woodstock.

Forty years later it's all so different. Nobody sings about freedom anymore. Except the Pentagon. And they're just a lousy marching band.

This one is going to be harder....