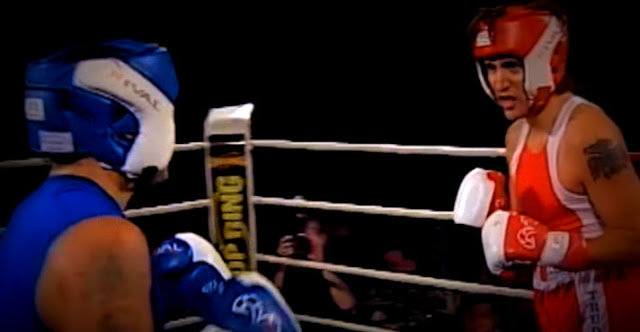 It was a boxing match, nine years ago last night, that many believe changed the course of Canadian history.

The night the then Liberal MP Justin Trudeau took on the Con Senator Patrick Brazeau.

Back then I was a bit of a boxer or brawler myself, and I have to admit that like many others I thought Trudeau was the underdog. 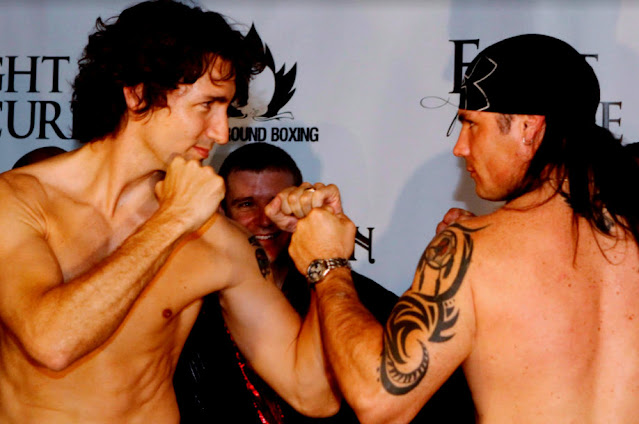 I feared that the more muscular, and fierce looking Brazeau would make short work of him.

And my sense of foreboding was only amplified when I saw Ezra Levant, who was doing the play by play with Brian Lilley, wondering gleefully whether Trudeau would be killed or just seriously injured. 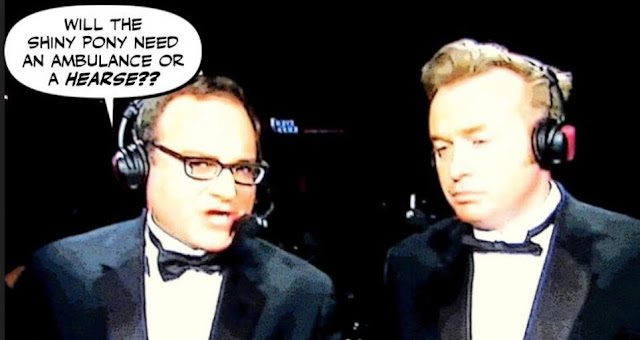 Levant was absolutely disgusting that night, spewing out one homophobic comment after the other. He claimed that Trudeau had wanted to use pink gloves, and that his four-year-old daughter could use a skipping rope better than he could.

And the first round had him practically hissing with excitement, and wetting his pants.

For Brazeau landed some heavy punches, and for a while it looked as if it might be a one-round fight... 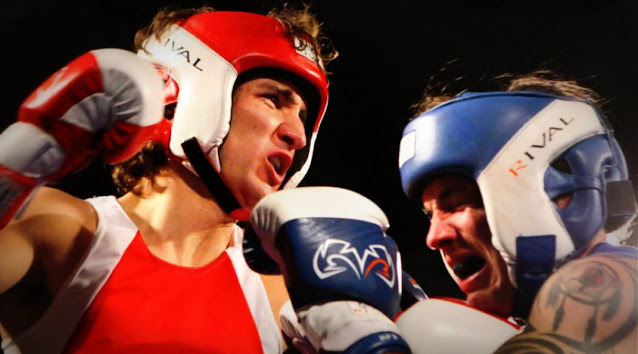 But in the second round Trudeau began to impose himself, using his longer reach to start pounding his opponent. 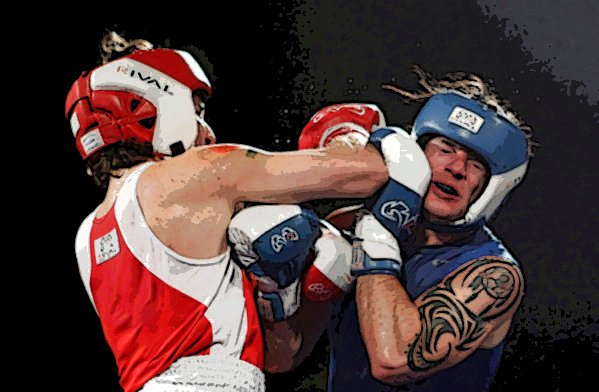 And in the third round, with Brazeau gasping for breath and blood pouring out of his nose, the referee stopped the fight.

Six months later Trudeau announced he was running for the Liberal leadership, and three and a half years later he knocked out Stephen Harper.

Followed that up by ending Andrew Scheer's career as Con leader... 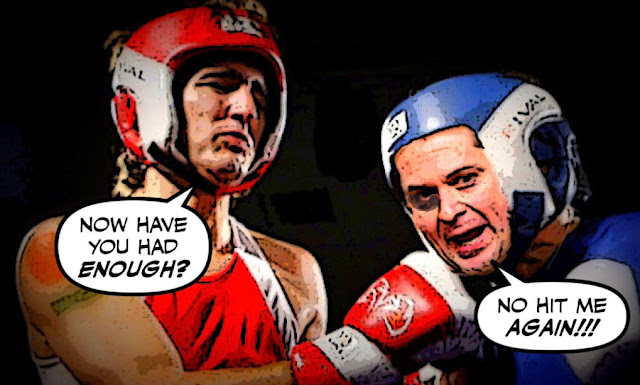 And is now preparing to do the same to Erin O'Toole... 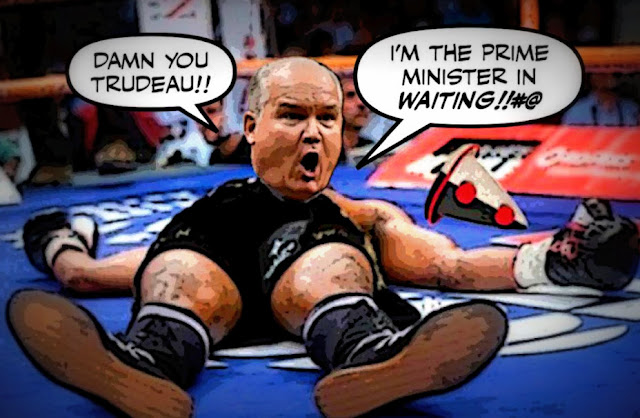 So what was just supposed to be just a charity boxing match, turned out to be the real beginning of Justin Trudeau's political career.

But as this video makes only too clear, it could have been the end of his career...

As Brazeau himself said three years ago:

“Had I won that boxing match, I don’t believe that Justin Trudeau today would be prime minister of Canada

But Brazeau didn't win. As the deflated bigot Levant said "it wasn't even close."

And although Trudeau is still targeted by the worst misogynistic and homophobic dirty old men in this country. The true scum of the earth who can't die soon enough.

He sent out a message that night that endures to this day:

Those who would underestimate him, do so at their own peril... 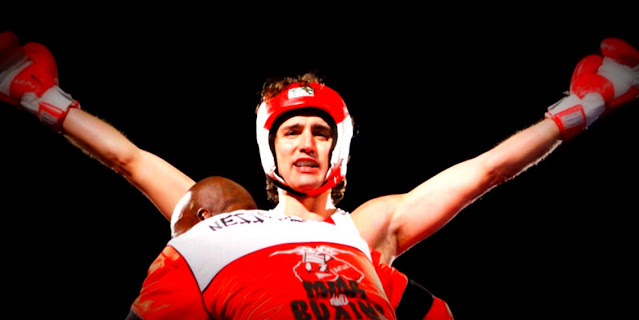 "Mama said knock you out!" I've said it before and I'll say it again: the undercurrent of Trudeau derangement syndrome is male misogyny, or homophobia. And usually those who project too much have something they loathe about themselves. But I'll leave it to the intrepid sleuths at Frank to determine whether or not Ezra and Jason hit all the same clubs in Calgary. Seeing as they did some impressive digging work on Brian and Melania -- I mean Marla -- I mean Ivana.

I'm going to have to go back and watch that match again this weekend, and the DVD documentary about it, God Save Justin Trudeau. Brazeau himself has made an impressive turnaround, ever since he was unceremoniously dumped by Harper and apparently saw the light of the Cons using him. Now he sits with the Independent Senators' Group instead of useless shitposting Cons like Frum, Housakos and Batshit Batters. Pigeon's atrocious treatment of Margaret Trudeau at the asinine WeGhazi inquisition only confirms further that Cons DGAF about people suffering with mental ill health. Which really puts April O'Foole's "Conservative mental health plan" in perspective: as empty as his fat bald head. Personally I'd love to see Maggie knock Pigeon flat on the mat. And Charlie. Maybe 'Dris can take on Charlie.

I had heard or read somewhere that J.T. was still hitting the heavy bag to keep fit under lockdown, so that's good. His dad was pretty athletic well into advanced age. The kids seem to have taken on the family tradition of a holistic physical and mental wellness regime. Which therefore makes me wonder... which of the three -- Xavier, Ella or Didi -- is going to clobber Ben Harper in 2040? 🙃

A metaphor for eternity

We were able to celebrate two victories that night. Justin beating Brazeau and the toxic twins eating a healthy serving of crow because of it. However, the two bigoted hate stokers have been relentless ever since in their attempts to tarnish JT and work the Con base into a froth of threatening neanderthals. Such cowardly little scum bags they are, hiding behind their keyboards and unleashing their bile like sick little trolls. May they both experience a slow and painful... demise into... irrelevance... among other things.
Seeing how humbling of an experience it was for Brazeau to get his bell rung, I propose more charity boxing matches for JT starting with Peewee Poutyface and ending with a grudge cage match against the Raging Bull(shitter) Doug the Slug. Can you picture Dougie in his speedo with all his whale blubber hanging out? Panting and wheezing, just from climbing into the ring. He'd last about thirty seconds or until JT planted a left hook into his McMuffinny gut. Boom! Down he goes as the frothy remnants of Timbits pour from his orifices. Alas, it is but a dream. The cowardly Cons would never have the courage to do it after the Brazeau embarrassment but it is a pleasant thought nonetheless. Thanks for the memories, Simon.
JD

Hi rumleyfips....Yes, that poll was very encouraging. So encouraging in fact that although I’m a day behind, I think I’ll write a post about it 😉

Hi Jackie...Yes, you nailed that one right from the start. There is something about the decent Justin Trudeau that brings out the misogyny and homophobia of so many backward men in this country. The Toxic Trudeau hater the Disaffected Lib made me realize that years ago, and when I read through the comments of people like Warren Kinsella it’s now more obvious than ever. And yes you’re also right about Brazeau. After taking a deep dive following the fight he seems to have managed to have gotten his life together. Good for him....

Hi Steve....It was a metaphor wasn’t it? Until that fight Trudeau was considered a bit of a lightweight who would be easily crushed by the evil Stephen Harper. Come to think of it, it’s a bit like the Sword in the Stone legend of King Arthur. I remember being astonished halfway through the second round when I realized that Trudeau actually knew what he was doing. And the way it ended couldn’t have been better...

Hi JD....Yes, Levant and Lilley really do deserve each other. And if they were bad back then, they are now even more disgusting. But as I’ve always believed, being a nasty Con scumbag is it’s own worst punishment. I decided t become a Trudeau supporter when I realized he was a decent person and best reflected our Canadian values. So the more the Cons attacked him the more I would defend him. I remember using him as an example when I was teaching self defence to a couple of bullied kids. We really can’t ask for more from a Canadian prime minister....