Mick Jagger and the Art of the Pandemic 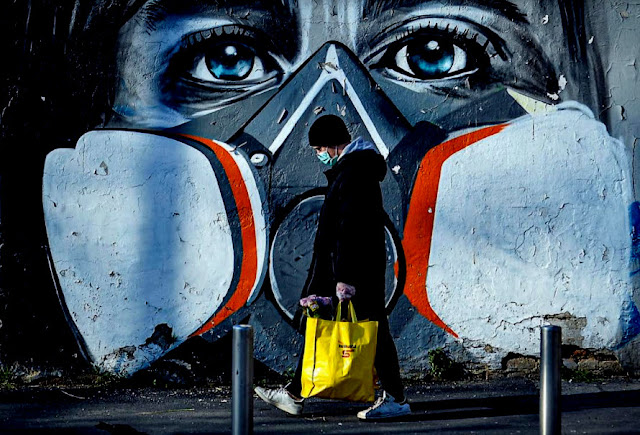 Soon after the Great Plague began I started collecting bits and pieces of pandemic art, so that one day I could remember that it wasn't all darkness.

And that not even Covid could suppress the artistic spirit.

I have been able to collect lots of visual pieces, paintings, videos, wall murals, and some of my own photos, like this one... 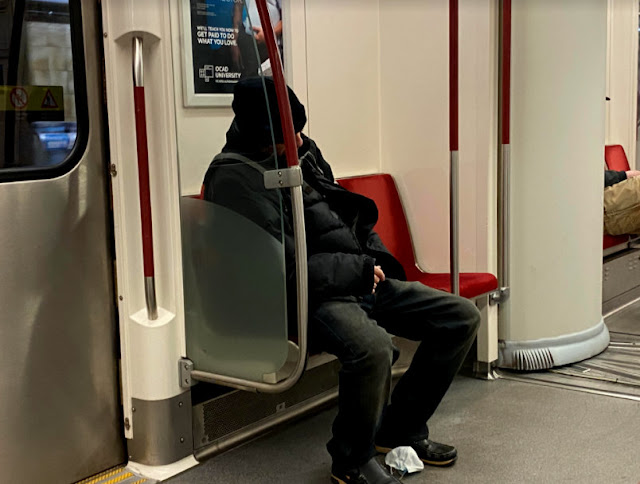 Which I'm calling Sleeping Death on the Subway. 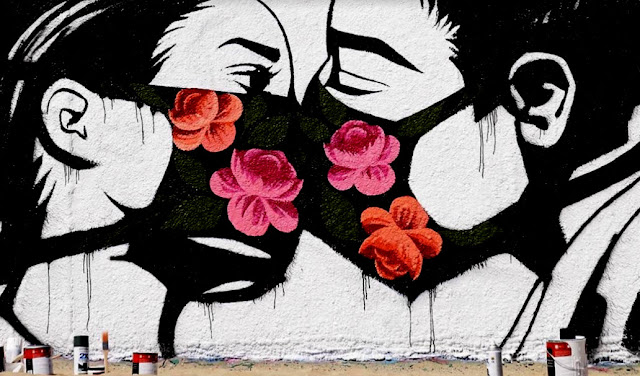 I try to collect as many murals like the one above, to remind me that Covid didn't stop young people from falling in love and making out.

But I haven't been able to find much pandemic music, of the kind that can inspire me or raise me up.

So I'm glad to be able to add this song to my small collection.

I have to be honest. Easy Sleazy is never going to be one of my favourite pandemic songs.

Jagger sounds too much like Johnny Rotten, and I fear Warren Kinsella might try to do a cover, and that would be horrible.

But Sir Mick can't do anything wrong as far as I'm concerned, his energy is inspiring. And I like it when he make it clear that even for a superstar like him, pandemic life can be boring.

“Trying to write a tune / You better hook me up to Zoom / See my poncey books / Teach myself to cook / Way too much TV / It’s lobotomising me / Think I’ve put on on weight / I’ll have another drink / Then I’ll clean the kitchen sink.”

Because I'm sure we all know the feeling eh? 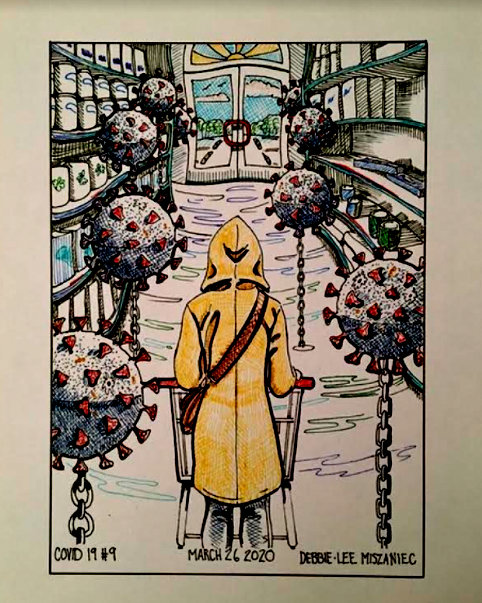 When if you are the designated shopper you are forced to wonder where Covid might be waiting to jump on you, in among the chip bags, or the leafy vegetables.

So although critics have said that Easy Sleazy does have some optimistic lyrics...

Everything's gonna get really freakyAlright on the nightIt’s gonna be a garden of earthly delightsYeah, it's easy, sleazyEverything's smooth and greasyYeah, easy, believe meIt'll only be a memory you’re trying to remember to forget

They are not quite optimistic enough to raise me up, or get me to jump crawl out of bed.

When I asked my buddy Seb to suggest a perfect pandemic song, he came up with The End by Jim Morrison and the Doors.

But he's seen so much death I don't blame him.

I on the other hand can't be that gloomy, because I have to cheer him up, so I try to focus on the good things ahead. Like the end of the pandemic, and the beginning of a new Liberal majority.

So my favourite song right now is Pitbull's I Believe That We Will Win...

Because we are going to win.

Which just happens to be why I also like this vision of a post pandemic world, from Lauren V from the School of Visual Arts in New York City. 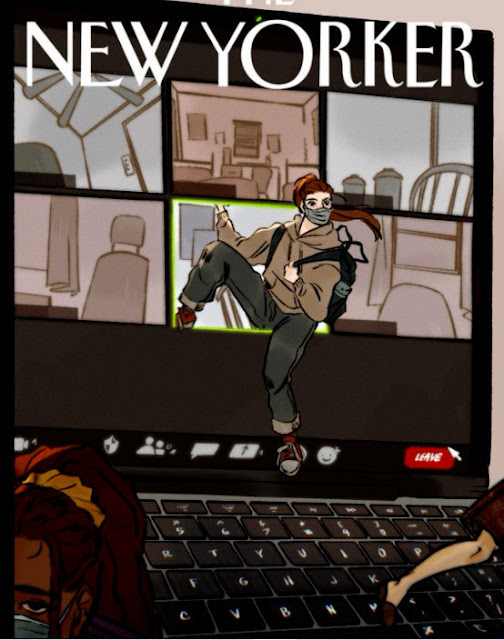 Because we will escape the nightmare.

The light at the end of the tunnel is getting brighter and brighter.

So just hang on a little longer, live safe.

And sooner rather than later, we will all celebrate together...

"Speaking Moistly" remains my favorite pandemic song. Both educational and catchy. Wish Trudeau would sing it at the upcoming COVAX concert. It's possible that Thinskinna might make a cynical attempt at covering the Stones as a duet with Chuckles, if only to be mean to Maggie. Plus Skippy on cowbell, and the aptly named Fife honkin' on Bobo and playing the skin flute. But they're such tired old pains in the ass, that their cover band should be called... the Kidney Stones.

These F.U. fighters can't get no satisfaction, because their appetite for Trudeau-derangement destruction and pandering to the worst elements of society will never be quenched. But despite their best efforts at sabotage, when all this is over and the dust settles, the decent among us will be dancing in the street. They would therefore do well to learn a lesson from one of Mick's signature hits: you can't always get what you want.

Nice post, Simon. Music has always been a hobby and salvation for me through good times and bad and I believe that most people throughout the world have found solace in this one thing that we can still enjoy and share. A mental vaccine so to speak.
I'll give grampa Mick props for his enthusiasm and energy but the toll on his old vocal chords is evident. Nonetheless, I foresee him rocking(in a chair) and rolling(over to change his diaper) well into his eighties or as long as they can safely thaw out Keith from his cryogenic chamber so they can tour. I can picture the promo for their 2030 tour dates already. "The Strolling Bones live at the o2 Arena" while they are literally on o2. Regardless, they are a living example of "you are only as old as you think you are".
One of my favorite tunes that is still so relevant today and performed by a man who's older than Mick, clearly leaves Jagger behind by a country mile. It had me thinking of you, Simon and your not being able to go back homeward to Scotland. I'd like to share it and hope it reminds us of the reality that for better or for worse, all things will eventually end, pandemic included.
https://www.youtube.com/watch?v=X4jzBiuZb10
JD

Hi Jackie....I share your belief than when the horror lifts, and the evil Cons are duly exposed, decent Canadians will be able to dance in the streets, while the Cons blubber like babies. I’m looking forward to having a great summer, but having a great fall to look forward to as well will really be a bonus. Especially if I get to lead Skippy down the street with a cowbell around his neck....😀

Hi JD....I’m happy to report that Keith Richards and the other Stones are apparently working on a new album which will include some other hopefully post-pandemic tunes. And thanks for that Paul McCartney song, which is very nice. And yes my inability to get back to Scotland has been very frustrating and depressing. But at least I got word this week that that I’ll be getting a refund for the two tickets I never got to use. And as soon as Scotland opens up fully I’ll be trying to get there again....