The Pathetic State Of The Con Budgie Erin O'Toole 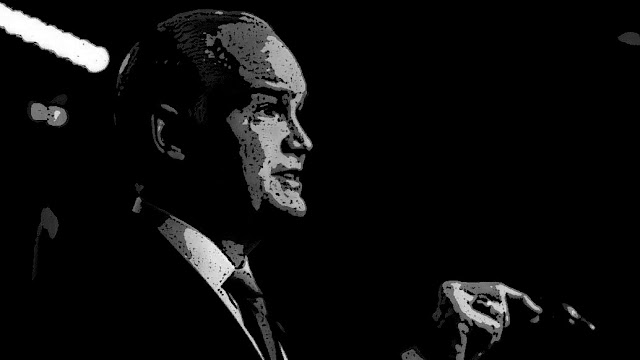 I don't think I've ever seen Erin O'Toole looking so sad, so desperate, or just so pathetic.

For months he's been trying to smear Justin Trudeau, but now it seems he's run out of things to say.

And is starting to look less like the True Blue of his wet dreams. 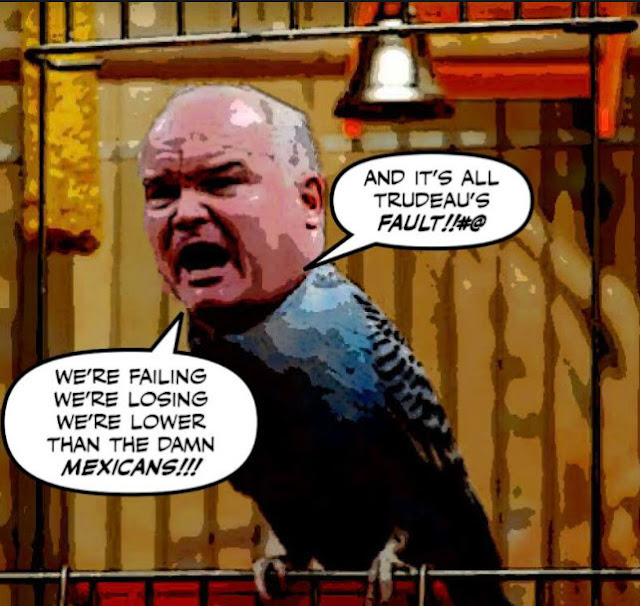 For although he's still squawking about vaccines. 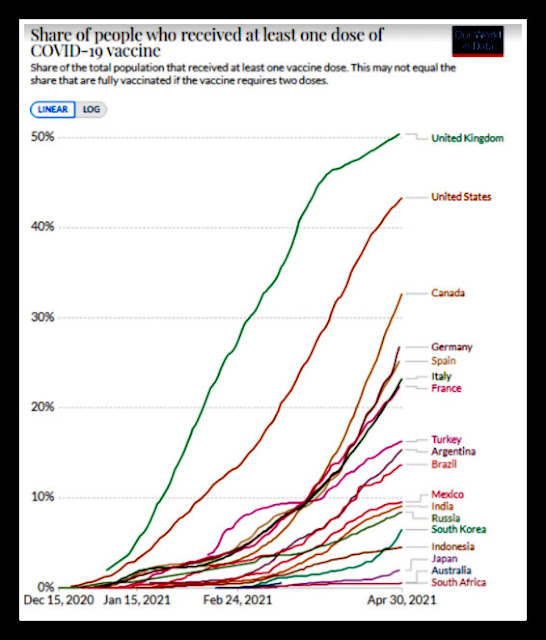 So good that even the Con media is having to eat crow. 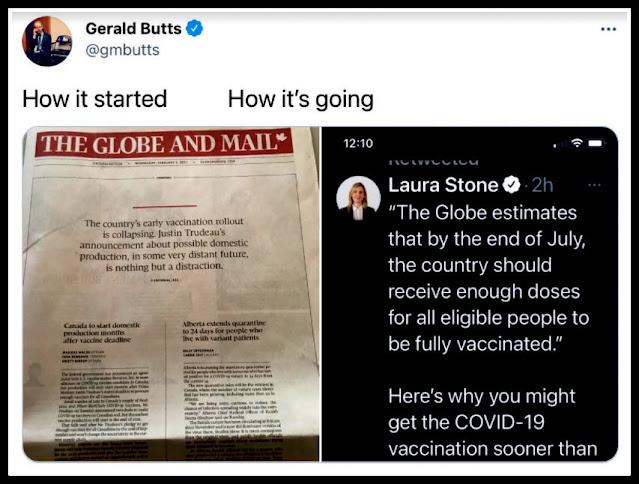 And the more O'Toole squawks and screeches about our borders.

And when he claims that Justin Trudeau is ruining the economy, he's dangerously deluded.

It's so sordid, so disgusting, but I suppose there is some method to his madness. He's obviously hoping that the more he smears Justin Trudeau, the more he can demoralize Canadians.

And that they'll blame Trudeau instead of him.

But sadly for old budgie, he's losing touch with reality.

And the idea that he could fly the plane better than Trudeau is enough to make most Canadians reach for their parachutes. 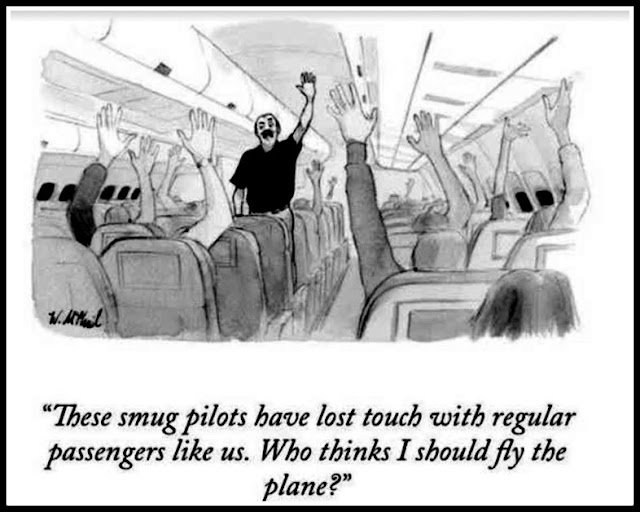 For let's never forget that the shiny bald budgie once pretended he was a Top Gun pilot. 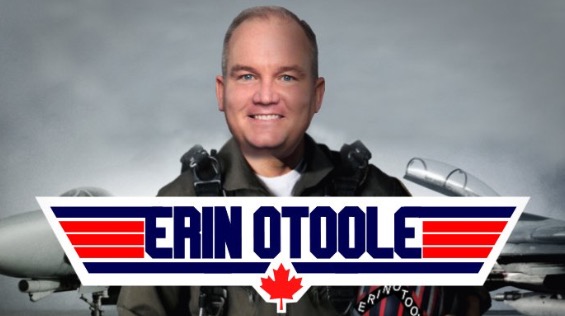 When in fact he was a helicopter navigator, not a fighter jet pilot, and was just lying, and hoping that nobody would notice.

But now just about everybody knows O'Toole lies all the time. The only things soaring are his loser polls... 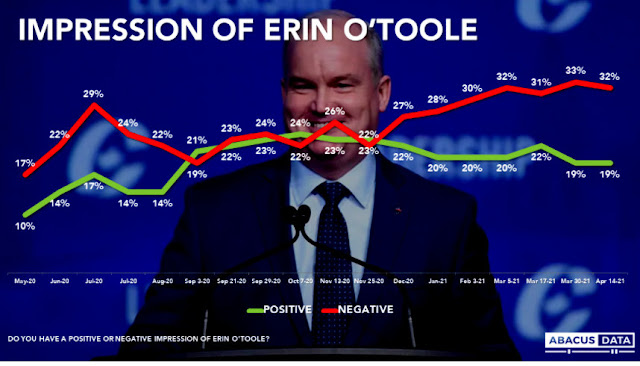 Some of this caucus members have stopped listening to what he says.

And even his fanatical Canada Proud boys seem to be longing for another candidate. 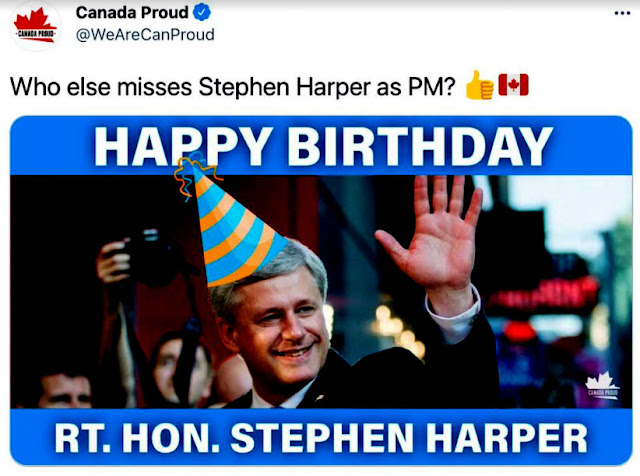 While I'm just hoping that another kind of budgie can share his cage... 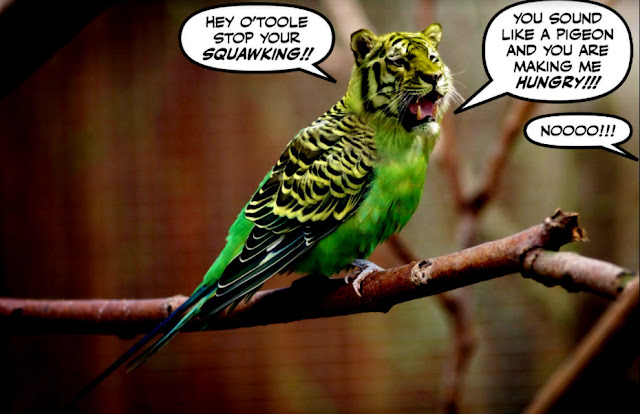 And end our long nightmare.

An election is coming soon.

And we already have a real prime minister... 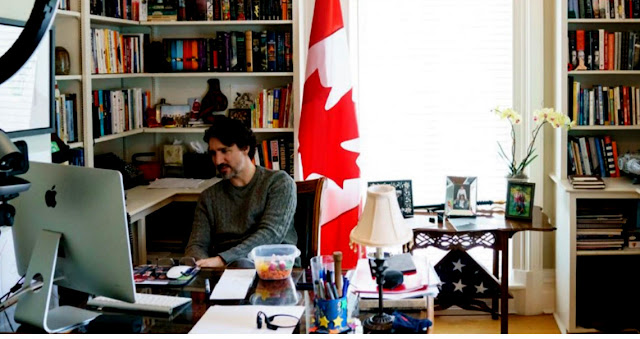 he was a helicopter navigator, not a fighter jet pilot,
Well to be honest, a navigator probably has to be smarter than the driver. I wonder how many times his helicopter ended up in Belleville instead of Trenton?

I'm guessing the bald-headed budgie lines his cage with Lyin' Brian Lilley columns? It's only fitting that Ezra's bird-brained BFF is shit on all day as he shits on the Liberals all day, every day. How he finds the time to write his garbage when his head is under Ford's desk all day is beyond me. Garbage in, garbage out, I guess.
As for the tool, he's preaching to the base because any intelligent person can see he lies on pretty much everything he says. As JT so eloquently put it in the HoC, "they just make things up". Can't argue with that. Canada has had a Mr. Dressup and now we have a Mr. Makeup, except Mr. Makeup is not a lovable character. He's portrayed by a lying POS who portrays himself as the solution to our problems when in fact, he's the problem to our solutions. I'm really going to enjoy watching this "navigator" as he charts his course into oblivion in the next election.
JD

The Reform/Con party of Canada has gone from "Peace Order and Good government" to "God Guns and Gays".

Simon, I am SO angry and disgusted with the sexualized QAnon narrative the Cons are pushing on the Vance issue, and the misogynistic demands that Telford be shoved out. Lilley, that twisted hypocrite, is out with another column about the Kokanee smear that Wornout dug up. Why doesn't Doug fire his chief of staff? Oh, right. Brivana.

Their answer to "standing up for women" is to harass Katie again? Like they did to Margaret Trudeau? O'Toole, Kenney and even MacKay were in on this, they did nothing about Vance, and they have the damn nerve to smear Trudeau as an enabler and a pervert? What about Baird and Watt and what they did to that Ontario PC staffer, Mike Gibbs? For that matter why isn't it a headline-grabbing crisis for the CAF that white supremacism is endemic in the ranks? Why aren't we talking about how many Corey Hurrens and Patrick Matthews there are in uniform, instead of blaming Trudeau and only Trudeau for sleazeballs like Vance?

Con Facebook, Reddit, Parler, you name it, right now is full of libel and lies framing Katie as Ghislaine Maxwell and spreading the Westpoint Grey bullshit that Scheer and, again, Wornout attacked with last election. Calling him "Pedeau" and all other sorts of unprintable slime. It's perverse and vile and it does NOTHING to address sexual abuse. They're not interested in helping vulnerable people. They just want to exploit victims for their DIRTY POLITICAL ATTACKS!

I've seen a lot of low gut-punches from this party but they've really outdone themselves with this. I want to punch a bigly wall right now and make the CPC dark-money coffers pay for it!

Hi jrkrideau...From all I have learned about O'Toole I think I can say that he's NOT very bright. What he does have is a burning core of red hot ambition. He told his sceptical crews that he was going to be prime minister, and after that I doubt many people wanted to fly with him....

Hi JD....I hope I wasn't too hard on budgies, who as opposed to O'Toole are generally happy and cheerful, although VERY noisy. But I have reached the point where I can't stand looking at him or hearing his voice. Even the freak Scheer wasn't as annoying as O'Toole. He really is a low creature who would take us to a very bad place, and like you I can't wait for the day when he is given the boot, and I never have to even think of him again....

Hi BX...you're absolutely right, the ReformCons are on the warpath inside O'Toole's party, and their ugly never-ending attacks are mostly to try to distract Canadians from their hideous not so hidden agenda. Progressives need to focus on those real targets and warn Canadians what the Cons are trying to do before it's too late...

Hi Jackie...I completely understand why you are so angry and so disgusted by the way the filthy Cons are behaving. I feel like I'm wading through a pool of steaming excrement when I see what they are trying to do. But remember we've seen all hat fake scandal stuff before, and so far at least it has done the Trudeau Liberals no serious damage. And when the election gears up for real, we will return the fire and it will be devastating. I saw four hawks circling over my place today, and I took it as a very bad omen for that disgusting little budgie...

Simon, I not only want the Liberals to more or less avoid damage from these vile smear attacks (because we all know Cons care not a whit about women). I also want justice for victims themselves. I want O'Toole, Kenney and MacKay to be hauled before the defence committee to be grilled on Vance. Who killed the investigation the day he was appointed? I also want Poilievre (the pigeon probably looking to replace the budgie) to have to answer for what he knows about Brennan. Stephanie Levitz asked O'Toole about it at a presser last week, but suddenly the issue was dropped and I want to know why. Was it "pressure" from the ToryStar's new ownership? What kind of dirt might Skippy have on people?

People have the right to know the whole extent of the story, not just what Pentagon princess Mercedes Stephenson wants the public to blame the Liberals for (at Rogers/Shaw/Corus Media's behest, no doubt). How convenient that she's only been looking into this since 2016 and has a clear case of partisan amnesia. We've got pigeons, budgies, and Op Mockingbird.

The committees are willing to entertain cranks like Jesse Brown and Vivian Krause, so why not invite Amy MacPherson, an independent journalist formerly with CBC and HuffPo, who is conducting her own investigation (and hers are usually quite thorough if you read Free the Press Canada blog). And I want Baird and Watt to be called on the carpet to get justice for Mike Gibbs. I want James Bezan to have to answer for what he allegedly said or did to an as-yet-unnamed Liberal MP. Put Blanchet in the hot seat. Singh reportedly has some creeps in caucus. Yet all they can talk about is Kinsella's conspiracy theory about PMJT and Fife/Murdoch bogus tabloid crap about Sophie?

This reminds me of how Al Franken had to resign for a comedy skit while Matt Gaetz is still in Congress and Trump remains a free man. Open the vault, let's have an inquisition into sexual misconduct in Parliament. Haul Harper in and grill him about Vance, about Tony and his little gazebo, and about Vic Toews. Everything the right says about their adversaries is projection. What might he be hiding?

I also want an Arbour or Deschamps Commission into racism and conspiracy theorism in the armed forces. It can't be accidental or coincidental in the least that all this shit is hitting the fan while a brown Sikh in a turban is the minister of defence. Walbourne is a con and oozes spite towards Sajjan. Who else might want him out? BJP? This is an emergency that has to be addressed so that Canada doesn't end up with its own January 6 Kudatah, or another sausage handler going full Oswald and finishing Corey Hurren's job.