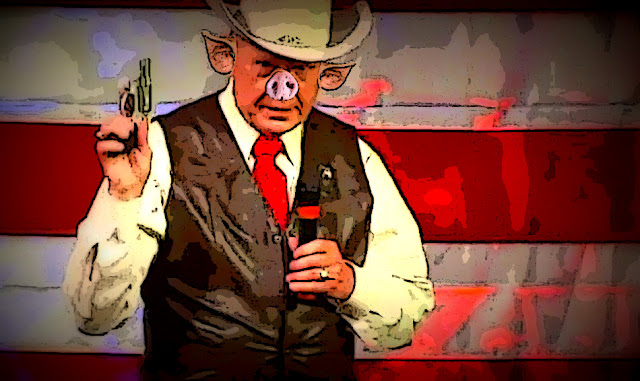 As I'm sure you know, Roy Moore is a disgusting creature, more hog than human, for many reasons.

He's a dirty old man who had to be banned from a mall so he couldn't harass young teenage girls.

He's a religious fanatic, who makes a mockery out of the Christian religion.

But the worst thing about him is his monstrous homophobia. 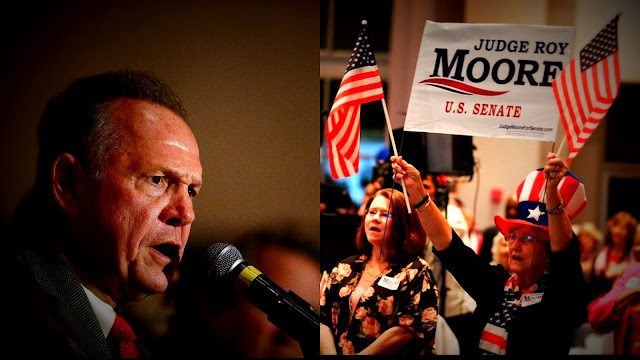 For it's so diseased it's toxic.

A smiling Roy Moore stood shoulder to shoulder with his fiercest religious allies.

Flanked by a huge sign for Moore’s Senate campaign, one supporter railed against the “LGBT mafia” and “homosexualist gay terrorism.” Another warned that “homosexual sodomy” destroys those who participate in it and the nations that allow it. And still another described same-sex marriage as “a mirage” because “it’s phoney and fake.”

It's what made him so popular.

Roy Moore has never been one to back down from a fight—and for many years, his chief battle was with same-sex parents. Moore has argued that the government should seize the children of gay people and send their parents to prison. During his two abridged terms as chief justice of the Alabama Supreme Court, he stated that homosexuality is “an inherent evil” that renders gay people “unfit parent[s].”

After the U.S. Supreme Court ruled that same-sex couples have a constitutional right to marry, Moore refused to recognize the validity of its decision, declaring that he could not condemn children to be “raised in unnatural families that contradict the created order.”

And like most homophobes, it's what makes him such a pervert.

For 20 years, he ranted about the imminent threat of gays corrupting children while allegedly concealing his own history of sexually assaulting one teenager and romantically pursuing others. The Post’s revelations should forever change our understanding of his judicial philosophy. In fulminating about the menace of homosexual child predation, Moore may have been projecting his own alleged crimes onto the law.

Donald Trump can't condemn Moore because he too is a groper and a pervert.

And the Republican Senator Jeff Flake was right, when he was caught on an open microphone saying that if the GOP becomes the party of Roy Moore and Donald Trump it's toast.

And if that happens so is Trump... 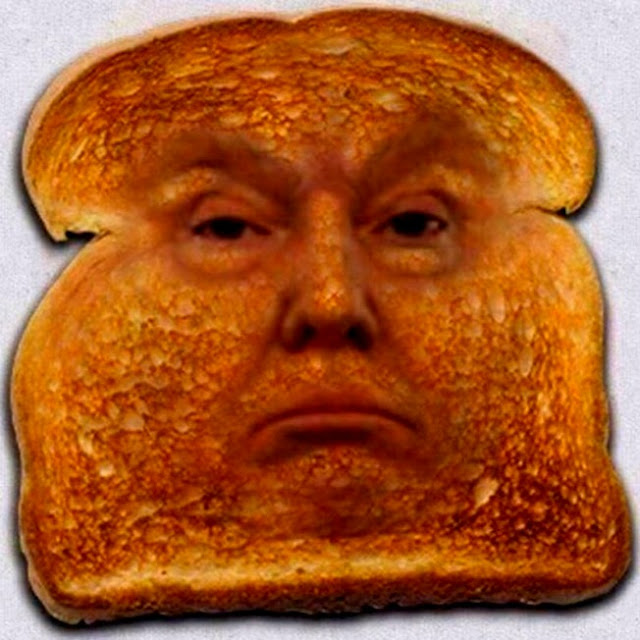 But of course, it's now up to the people of Alabama to decide whether or not to send Roy Moore to Washington.

And while I'm not holding my breath, incest can make you stupid or stoopid or bestial.

The polls are looking good.

And as Samantha Bee says, even those dirty Republican rednecks deserve a chance to prove that they're better than Roy Moore...

You know one of Moore's religious supporters actually suggested at a news conference the other day, that Noah's flood was caused by the early acceptance of gay marriage.

They really are perverts, may they all drown in their own excrement...

I can't decide whether I want Moore to win or lose. If he loses the Republican majority would shrink to just one seat and set up the Democrats to seize control of the Senate in the midterm elections. On the other hand the thought of that theocrat running wild in the halls of Congress would be a gift that would keep on giving.

You guys need to clone Sam and bring her body double back home. Mercer has let fame go to his head and 22 Minutes is about as funny as dry toast. Sam 2.0 wouldn't even have to change much about her monologue, because the rally participants cheering for Cowboy Roy could have easily recycled those signs from a Jason Kenney event.

How soon before Scheer gets banned from public parks and playgrounds for annoying random women sitting on the benches? For that matter, how soon before something less than kosher is found on the hard drive of the IT Guy™?

Hi anon 3:56 pm...I find myself as divided as you are, but I tell myself that even the joy of seeing Moore stalking the halls of Congress hauling a granite block with the Ten Commandments behind him, is not as important as reducing the Republican majority. For the day the Democrats seize control of the Senate they can block one bad bill after the other and drive Trump crazy, or crazier...l

Hi anon 5:29 pm...you're right about that. Mercer is a shadow of what he once was, and 22 Minutes is the worst and least funny comedy show I have ever seen. It's not just not funny, it might as well be written by the Cons. As for the Scheer-Marshall horror show, I believe there are a lot of skeletons in their closet, and we will be revealing one after the other all the way to the election...