The Amazing Mars Landing of the Rover Perseverance 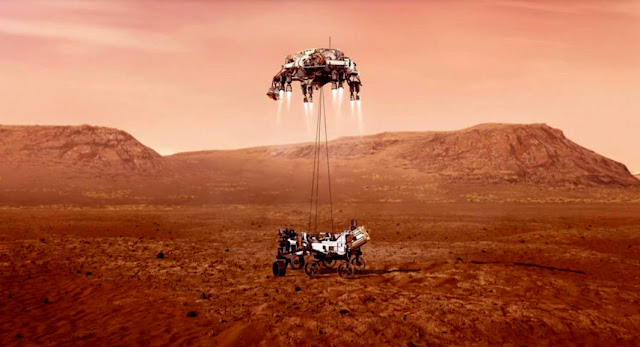 I am frequently accused of having my head in the clouds, which isn't true. I'm just smarter than those who say that, and they're jealous eh?

But yesterday I must admit, I was hovering just above Mars.

Hoping that the rover Perseverance would be able to land on the red planet, in one piece.

Since only about ten minutes before touchdown it was travelling at 12,000 miles an hour, it was never going to be an easy thing.

But somehow the little robot managed to land itself.

And it was all amazing.

As was this picture of the sky crane lowering it gently to the surface. 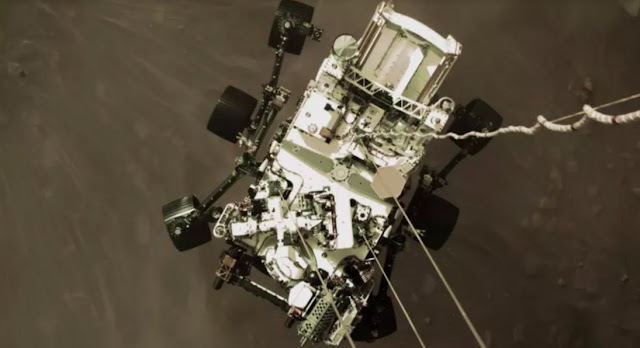 And this first picture taken only a few minutes later... 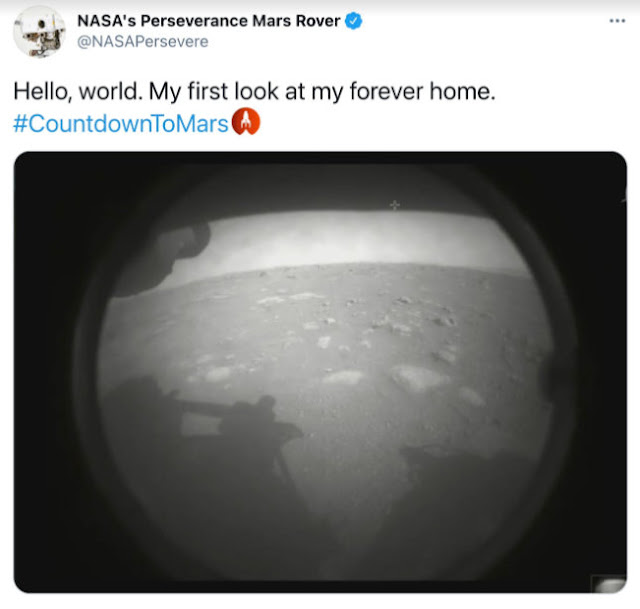 And yes, it is one amazing machine. 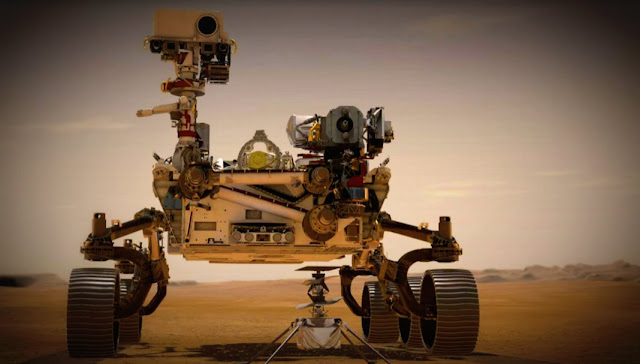 Complete with its own drone. How great is that?

You know, I've always loved robots, I have more than a dozen of them at home. 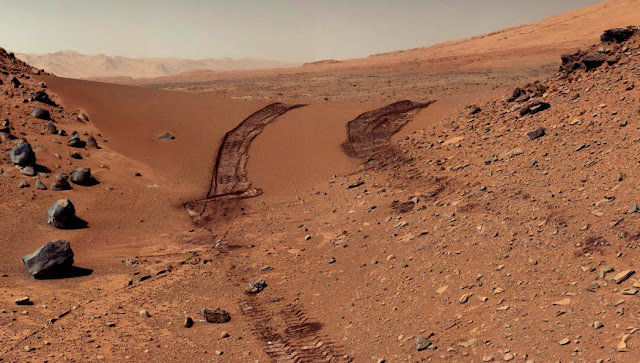 But although I am fascinated by exploration, my real interest in Mars is what it might tell us about our very own planet Earth.

And how it hopefully could serve as warning about what might happen  to our precious little blue globe if we don't take better care of it.

And then of course there's the obvious question eh?

How can humans be so smart and so dumb at the same time? 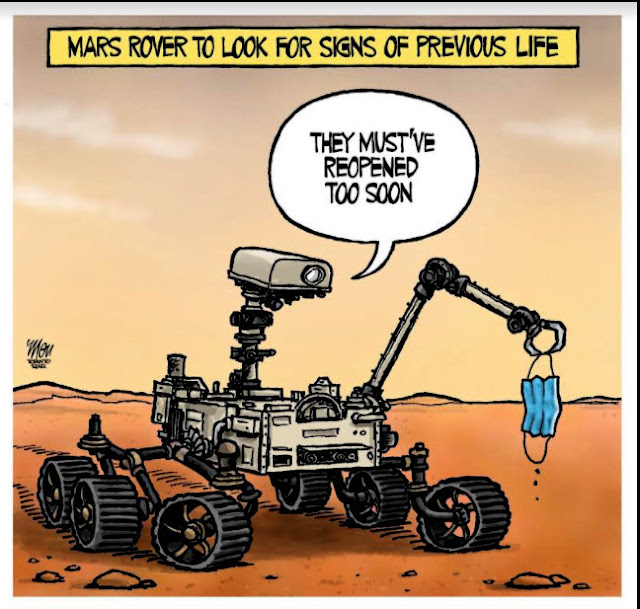 How refreshing it is for a change to have non-partisan positivity and elation from all media outlets on this incredible achievement. The complexity of it all and pulling it off error free simply blows my mind. To all those involved, take a well deserved bow. You've earned it.
I'm really looking forward to what Persey may find in this ancient lake bed and I can't wait until they get the James Webb Space Telescope launched in the fall. It will see farther than we've ever seen before. To quote Mr. Spock, "fascinating"!
JD

This is the shiny city on a hill America we all loved as children.

Hi JD....Yes, it is a pleasant change, and it's an amazing scientific achievement. Some people say it's a waste of money, but I disagree. I shows what humans can do when they put their heads together, and at this time in our history it couldn't be more welcome. Thank goodness the Ugly Orange isn't around to claim all the credit...

Hi Steve...Well said. The U.S. is a deeply troubled nation, but it's still capable of great things, and I'm still glad they are our neighbours...

A significant milestone on our collective journey into the future. The culmination of cooperative scientific knowledge built up and verified one piece at a time over generations. No short cut belief system that dictates we are the center of the universe because we are the chosen ones. Instead a one piece at a time mission that attempts to improve our knowledge about life's origins.