Are The Cons Trying To Sabotage Canada's Vaccine Campaign? 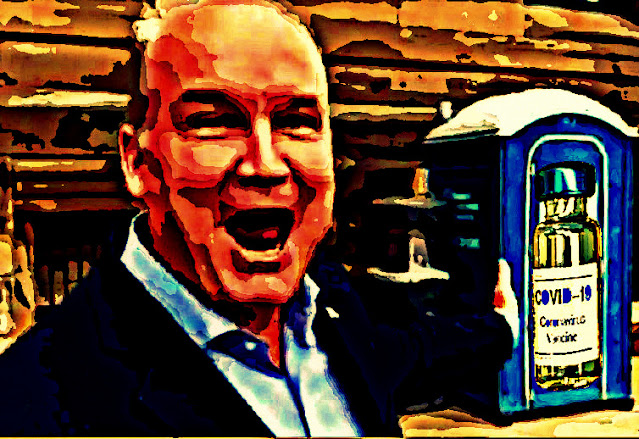 For most pandemic weary Canadians it's something to celebrate.

The approval of the AstraZeneca vaccine, and the impending arrival of yet another.

It's like a light at the end of a long dark tunnel.

Unless of course you're Outhouse O'Toole and his Cons, and you can't look and sound more disappointed...

"We still have questions about their timeline and meeting the September deadline because we are millions of doses behind where we should be," Conservative Leader Erin O'Toole tells reporters when asked about Health Canada's approval of the AstraZeneca #COVID19 vaccine. #cdnpoli pic.twitter.com/s6qWQX0LZF

It's so obvious O'Toole was hoping Team Canada would fail, so he could blame Justin Trudeau.

Even if a failure like that could sabotage Team Canada and cost the lives of thousands of Canadians.

And it's absolutely disgusting.

But then so is Michelle Rempel, the Con Health critic, who is clearly trying to  discourage Canadians from taking the new vaccine. 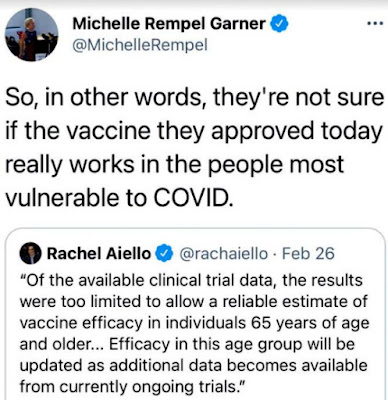 Even though the AstraZeneca vaccine comes highly recommended.

The first results of the UK vaccination programme suggests it is having a "spectacular" impact on preventing serious illness.

Research led by Public Health Scotland found at four weeks after the first dose, hospital admissions were reduced by 85% and 94% for the Pfizer and AstraZeneca jabs respectively.

And Rempel is no health critic...

Just a boozy loser, who would play grubby political games in the middle of a pandemic.

A loser who like her leader was hoping that a vaccine shortage would help destroy Justin Trudeau.

But instead could end up forcing Lord Kibo to answer some very embarrassing questions.

Like what side are you on? And whatever made you think that Rempel could be a health critic? Are you as deranged as she is?

But then of course, the reason the Cons are using vaccines as a political weapon is because for a while it worked.

Thanks to the Cons, the grubby Con media, and other toxic Trudeau haters, the hysteria they helped stir up did put a small dent in Trudeau's popularity, even if it barely nicked his Liberals.

Delays in the delivery of vaccines sapped Canadians' esteem for Prime Minister Justin Trudeau — but polls suggest there hasn't been a corresponding slippage in support for the Liberal Party he leads.

Who are still on track for another minority, maybe even another majority.

While the Cons are still going nowhere.

The Conservatives haven't benefited from the Liberals' modest drop. The party currently sits at 30.1 per cent support nationwide in the Poll Tracker — down 0.5 points since Jan. 27.

And neither is Outhouse O'Toole.

Polls suggest Erin O'Toole, who took over as Conservative leader in August, has not made a positive first impression with Canadians. 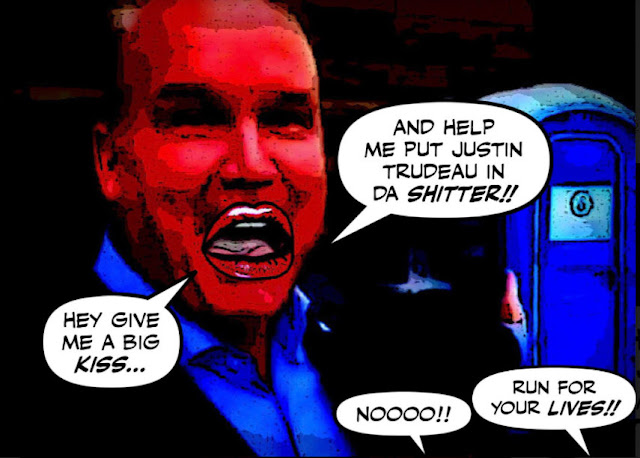 Indications of a potential rebound might already be emerging. Polling by Morning Consult, an American polling outfit that has been tracking the approval ratings of global leaders, recently reported an uptick in Trudeau's approval rating. 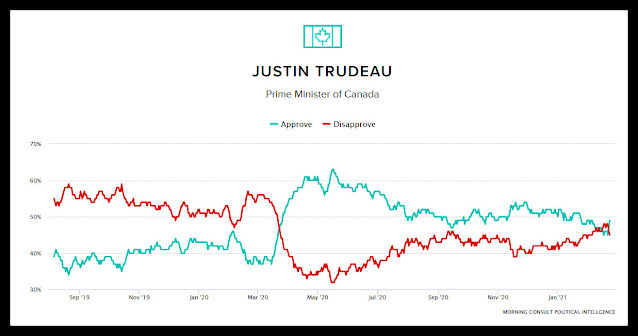 As more Canadians get vaccinated those approval rates should soar, and we should be able to ride them all the way to the next election.

Yup, as I recently said on Twitter, a man like O'Toole who bets against his own country is unfit to be its leader.

And thank goodness that in a dark time like this one, we have a real leader like Justin Trudeau... 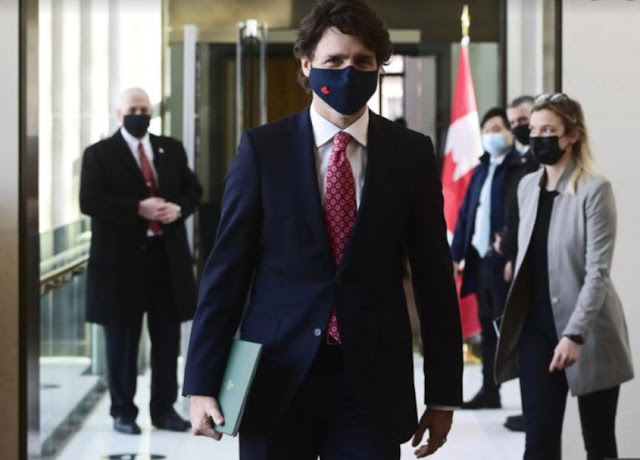 We see Manitoba , steered towards the iceberg by Pallister, falling way behind in people vaccinated. Despite fronting money for a non-existent vaccine , the reformatory hero can't manage injections. Forget the silly posturing Brian, you have 30,000 doses you haven't used . Try to do your job.

"Are The Cons Trying To Sabotage Canada's Vaccine Campaign?"
They most certainly are, Simon. Creating doubt, anxiety and spewing lies are pretty much what they've brought to the table. I love Tool's brain fart, "We still have questions about their timeline and meeting the September deadline because we are millions of doses behind where we should be". Huh? And tool knows where we should be? Me thinks this outhouse needs a pump-out. We are where we are because of delays that were beyond our control. Instead of reveling at the fact that these vaccines are available now when we could have easily still been waiting for them should be the message to Canadians.
A global pandemic requiring all hands on deck and the opposition has been absolutely useless. They've left the Liberals to do all the heavy lifting while they sit back and criticize their efforts to score cheap political points. They are truly disgusting putting party over country but that is the Con way. Canadians will see that come election time and the tool will be a one term opposition leader. He's just not ready. Nice hair though.
JD

Perhaps the MP is only trying to keep covid away with high blood alchoo levels.

The Cons are nothing more than a party of anti Liberal shitpost headline grabbers. Last month it was the liberals failed to procure vaccines by citing examples of how far the UK was ahead in their AstraZeneca supplied vaccination program. Now its the Liberals failed because they approved the AstraZeneca vaccine for Canadians. Nothing positive just sowing deadly confusion in their propaganda campaign of vote for us because we are not Liberals. The AstraZeneca vaccine saves lives but requires a positive message to do so. https://www.ctvnews.ca/health/coronavirus/oxford-astrazeneca-vaccine-for-covid-19-needs-better-promotion-experts-1.5329771