The Con Mob and the Vaccine Hysteria 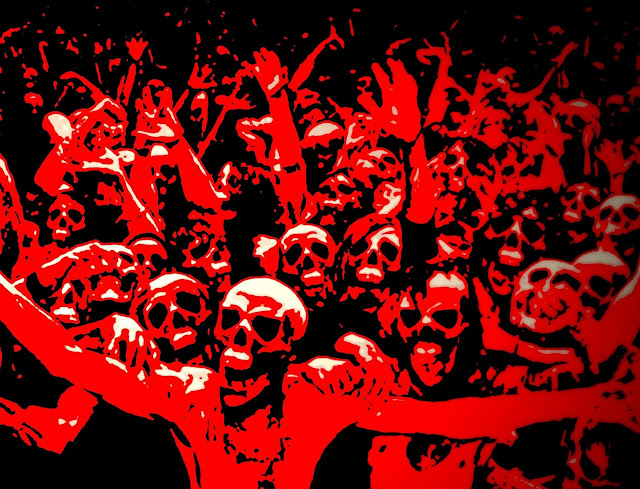 In all my years as a blogger few things have enraged me more than the way the grubby Cons, their media stooges, and other  toxic Trudeau haters, have tried to blame the prime minister for a temporary delay in the numbers of vaccines.

Claiming that he is responsible for production delays in European factories, and trying to scare Canadians for crass political purposes, even though he is totally blameless.

I told you how disgusted I was by this cowardly totally un-Canadian behaviour in my last post.

And I also made it clear on Twitter exactly how I feel about the situation. 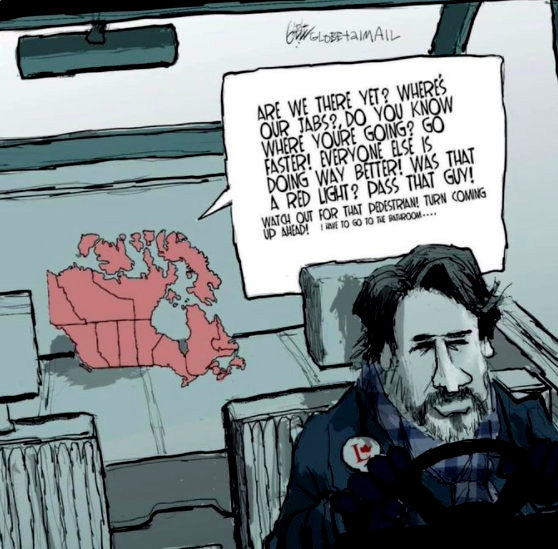 So I was glad to see that at least one member of the media had the decency to criticize the opposition.

Acting like children in the back of a car

And see by the sour look on the face of Andrew Coyne, one of Canada's foulest toxic Trudeau haters, that her words had hit home.

I can also only hope that Coyne and the others received this message from Dr Anthony Fauci loud and clear:

Any vaccine shortages, even in the U.S., were probably inevitable but will get better...

As will ours, now that it seems that our temporary vaccine drought will soon be over.

And that the challenge will soon be to make sure that they can be properly administered.

"From February 15 onwards, it's going to be a steep incline, and the provinces and territories should be aware that that is going to occur. And we're going to need to have all hands on deck for the rollout of large-scale vaccines coming in."
Which will be quite a challenge with all the Con premiers in this country... 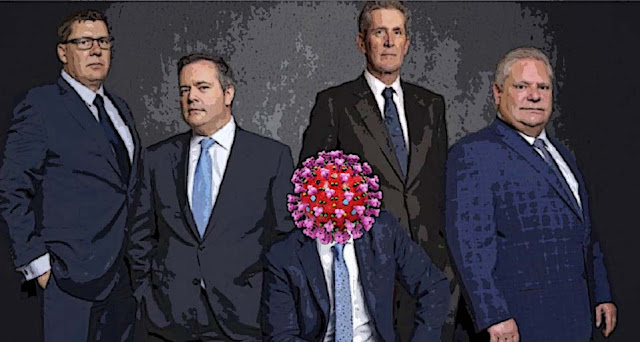 Who have shown themselves to be too dumb and too bestial to do the right thing during a pandemic.
But beyond the sordid politics, two things bother me the most:
One, the fact that in the frenzy to bring in vaccines we may end up with a large number that have been rendered less effective by the spread of new variants.
Leading vaccine scientists are calling for a rethink of the goals of vaccination programmes, saying that herd immunity through vaccination is unlikely to be possible because of the emergence of variants like that in South Africa. 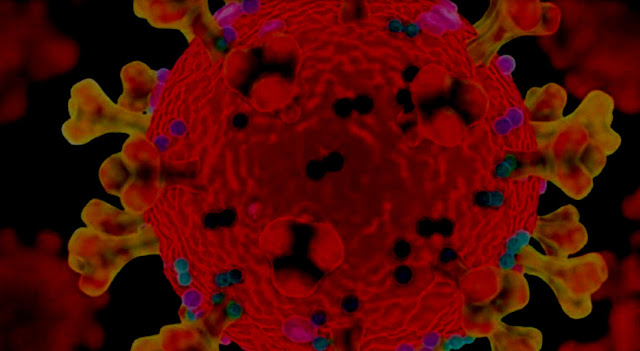 So ironically, slight delays might actually prove helpful, to give companies a chance to update their vaccines.
And two, the other thing that bothers me is that some Canadians might believe that the impending arrival of vaccines means that they can relax social distancing, mask wearing, and other measures designed to flatten the curve.
For that would be disastrous.
It would allow the virus to surge again, kill more people, and threaten our front line health workers, who have done and continue to do such a heroic job of saving the lives of Canadians.
With more than 744,000 saved, and counting.
But are now, like their colleagues all over the world, totally exhausted and more vulnerable than ever... 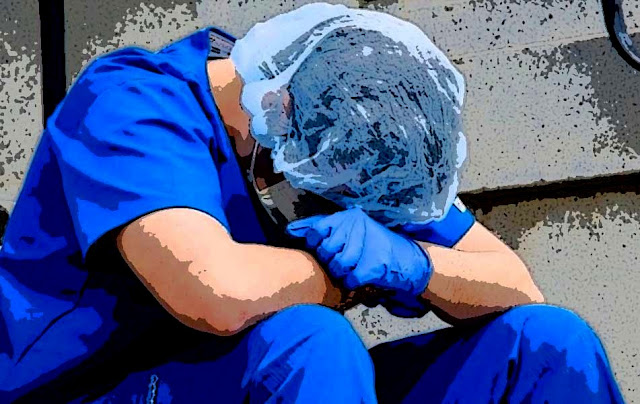 So the best thing we can do to help them is act responsibly, don't let the foul Cons, thei grubby NDP, and the filthy Con media undermine Team Canada.
And show our heroes that we understand what they understand only too well.
That we are Canadians, and we are all in this together...
Posted by Simon at 4:42 PM

The whole organization of the Goverment of Canada, wether is is run by Stpen Harper of Justin is behind this will all they have. No goverment could have done better without a perfect crystal ball

Wornout Cansellout seems to be the biggest gorilla jumping up and down whining about this. It's making me a little batty.

Sure, we'd like our vaccines sooner rather than later.

No, it's not worth tossing out all of the agreements and government and so on in the process of being annoyed with Justin.

For the record, has ANYONE in the Con media offered a practical solution to a problem that - as a reminder - is in the hands of the provinces?

In exchange for a small delay in delivery schedule Pfizer will be able to ramp up manufacturing capacity from 1.3 to 2 billion doses per year. On a global basis this likely translate into a hundred million fewer infections and a million fewer lives lost. It was a very responsible thing to do and considering the Pfizer nmra vaccine appears more effective against new strains compared to some others the delay was even more justified if that is possible! The Cons and NDP know the real story unless they do not know how to use the Google search engine or access the Pfizer web site. So what is the point? Cheap politics based on lies that play on peoples insecurities with a dose of arrogance that leads us to believe if Canada is not at the absolute top of the vaccination race there must be something wrong. Perhaps there is and we should not have sold off our vaccine capabilities years ago and downsized our scientific community or perhaps we are just a few million people in a world approaching 8 billion and no amount of Con posturing and noisy puffing is going to change that! Yep here comes those noisy know nothing Canadian ass holes is a more likely outcome. The choice is ours.

I'm still amazed at the sheer audacity of the Con media to beg the government for help while simultaneously stabbing them in the back with their constant barrage of misinformation and ridiculous blame games. Those blank front pages they used as a prop was actually quite soothing and noise free. Let's hope it's a harbinger of things to come.
It's abundantly clear that these supposed journalists are following orders from above because those from above want the Cons in power. It's as simple as that. They can't resist those big, jui$y corporate tax cuts and really, it's a return on their investments. A quid pro quo so to speak. So what if healthcare takes the brunt of those cuts eh? That's the Con way.
You deserve a medal for sifting through all the media garbage, Simon and you always seem to find some glimmers of hope amongst the noise. I greatly appreciate you sharing them. I mostly avoid the noise now other than important information such as Doug Ford's revelation that Tim Horton's has real egg sandwiches now. Thanks Doug, ya big dummy.
https://twitter.com/CPCHamilton/status/1358882937224200194
JD

Hi Steve....I have no patience for those who go through life fixated on the rear view mirror. The truth is nobody could have properly prepared for the Covid monster. It 's what was done to deal with the monster, and what will be done to prepare for any future pandemic that counts...

Hi anon@6:50PM....I have no time for Cons and other whiners. As far as I'm concerned we're at war, and Canadians need to show some fighting spirit. As for Kinsella, he is just a bitter old man, a toxic Trudeau hater, and a loser if ever there was one...

Hi RT....The Cons, the NDP, and the other toxic Trudeau haters knew exactly why Pfizer had slowed down the flow of vaccines, but they chose to pretend they didn't. And choosing to play cheap politics by making Canadians even more anxious is both cowardly and pathetic, and can't ever be forgiven. We will all be judged on how we behaved during this pandemic, and the Cons and the NDP will never live it down...

Hi JD...I also believe that the Con media's assault on Justin Trudeau and his government was coordinated by their bosses for foul political purposes. For the idea that they would attack the Liberals while holding out their hands for handouts is nothing less than the behaviour of gangsters. I have long suspected that some in the media are getting under the table payments for attacking Trudeau, and if that should one day be revealed, it will be the end of them. It's all disgusting, but I remain confident that decency will prevail, and that we will be victorious...