Andrew Scheer and the Women's Vote 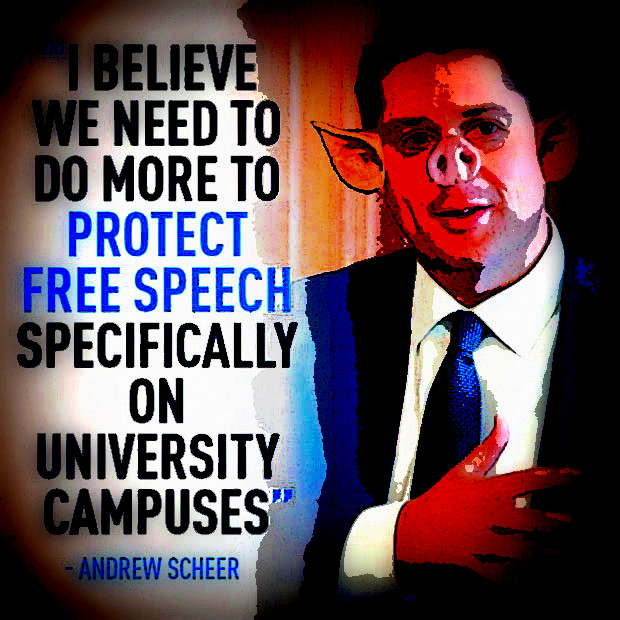 Andrew Scheer's call for freedom of speech on all university campuses, or else, is still up on all Con websites.

But it's looking a little tattered, and so is Scheer.

After his clumsy attempt to use the case of that teaching assistant at Sir Wilfrid Laurier university, as yet another wedge issue with which to attack Justin Trudeau.

Only to have that absurd controversy first fizzle. 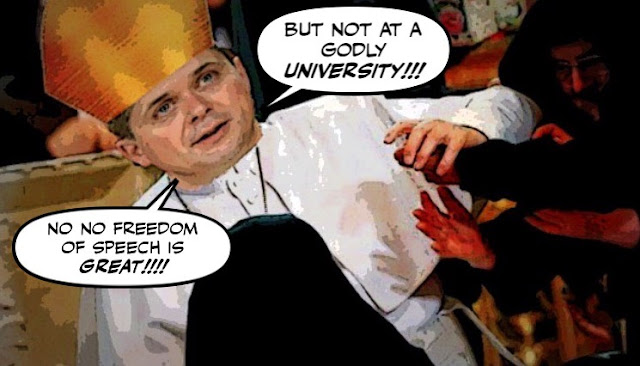 When the Liberals started demanding that Scheer condemn another far more serious case, at a Catholic university.

A Catholic university that cancelled a contracted screening of a documentary about abortion receives millions of dollars in public money each year but Conservative Leader Andrew Scheer has so far said little on a case many are saying deserves equally strong criticism to what he offered last week in the case of Wilfrid Laurier University.

And of course, Schmeagol couldn't do that, lest he be crucified by the Con's rabid religious base... 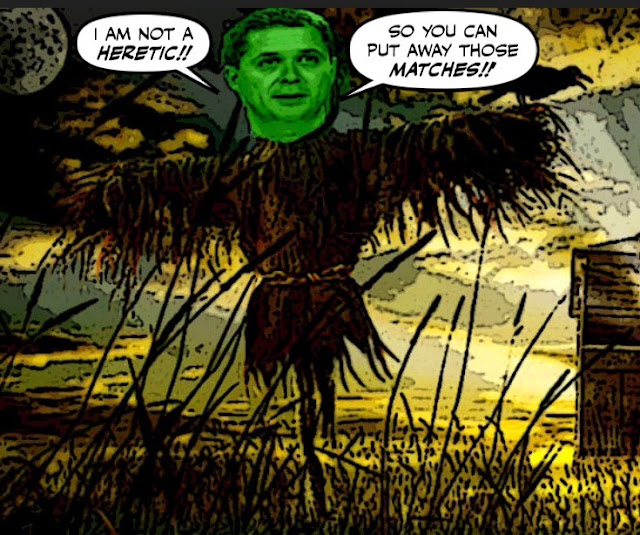 So all he could come up with was this pathetic statement:

“Mr Scheer encourages all universities and colleges to promote free speech as well as the exchange of ideas and thoughts in an academic setting. As he has previously stated, Conservatives recognize the rights of university administrations to decide which outside organizations are given permission to be on campus,” his spokesperson Jake Enwright told Global News.

Which will not boost the sagging popularity of him and his party. 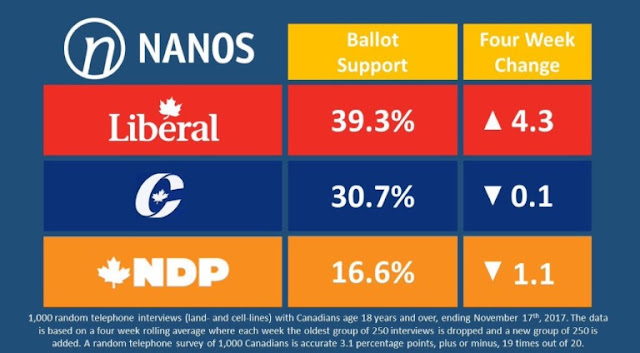 Not when most don't trust Schmeagol, as far as they can spit... 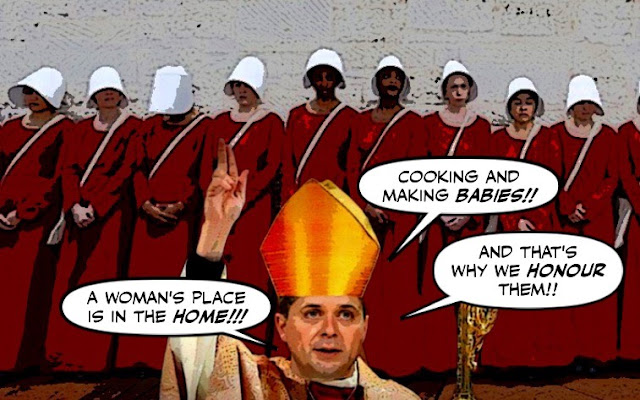 And not when most millennials don't even look at the Cons... 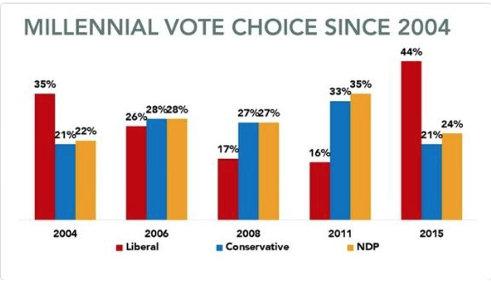 To make matters worse for Scheer, today's probably not going to be a very good day either.

For today is the day Justin Trudeau apologizes to LGBT Canadians who were hurt or ruined by anti-gay prejudice. 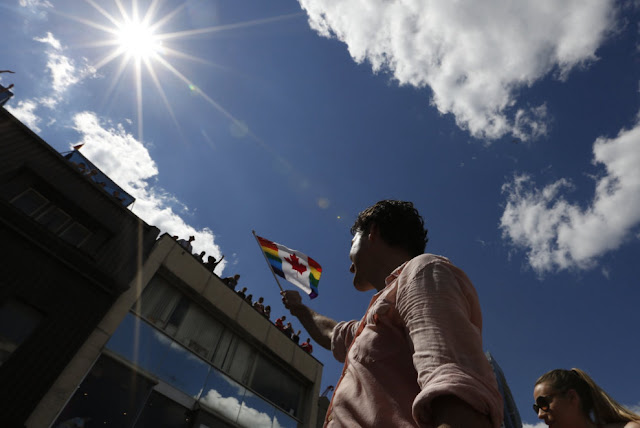 So he's probably going to be even more popular by the end of this historic day, which I will be writing about this evening.

While Scheer must decide whether he wants to anger his anti-gay base, or be shown to be a bigot.

He never should have been chosen King or Archbishop of the Con party.

But with a little luck he will take them all down with him... 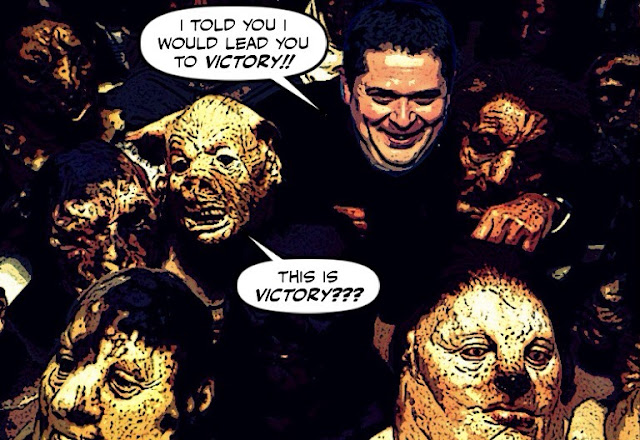 If his head wasn't ready to explode at the thought of the apology, it surely would have when they announced 100 million in compensation for those who were wronged by past discriminations. Pop goes the Schmeagol!
JD

Justin was on Twitter last night where he encouraged people to view Ahmed Hussen's TED Talk about systemic racism and "the conversations we all need to have."

Right away, the rabid haters proved Hussen right by attacking not only the Immigration Minister himself but the PM with the usual crypto-Muslim conspiracies -- and even dragged Sacha in again:

This after they ganged up on him over the Residential Schools apology, and told First Nations people outright to "get over it already." Days later -- just yesterday, in fact -- Trump insulted a group of surviving Native American WW2 code talkers with crass jokes about Elizabeth Warren, and even held the ceremony in a room that featured a massive portrait of the genocidal Andrew Jackson.

Jackson, it should be noted, remains on the US$20 after the treasury secretary put a kibosh on plans to demote him in favor of Harriet Tubman -- a move by the Obama treasury that Trump had callously referred to during the campaign as "pure political correctness." A bizarro-world direct opposite of what Canada did, demoting genocidal founder John MacDonald off the C$10 in favor of Viola Desmond. Living next to America must be like the Upside Down in Stranger Things (or Bass-Ackwards, in this case), or "Malice Through the Looking Glass."

No matter where they are, whether in the U.S., Canada, or "the bigly cyber," cons and their ideological ilk are containers of pure hatred for anyone not like them. A vote for cons is a vote against human rights and in favor of crass behavior, prejudice, and evil.

Expect more trolls to flood Trudeau's Twitter and YouTube with spite against LGBT people, and for Scheer to say nothing save for possible whataboutery regarding "free speech" and "religious freedom" (or, like Trump after Pulse, to make a desperate push to divide the Liberals' diverse voting base by pitting LGBT people against Muslims, even though neither he nor the rest of the cons want either group in their blood-and-soil northern theocracy).

If your religion demands the "freedom" to exercise hate with impunity, then as far as I'm concerned, your religion is a death cult that should have been cast into the rubbish bin a long time ago. Such is the fire and brimstone Völkisch organizations of the GOP and Canada's Conservative Party. For the cons, living next to the elephant must be like living next door to an equally evil twin.

In the mid 1980's my cousin was murdered on Christmas eve. He was the manager of a large grocery store and the keys to the store were missing from his person. At the trial it came out that he smoked dope and was gay and it was inferred he preyed on young men.
The jury was made up of blue collar workers, his murderer was portrayed as a victim, and much of the evidence against the killer was lost from police files. Evidences concerning the psychological makeup of the killer was not entered at the trial, (he had a trial coming up where he had broken into over 50 summer camps, and wrecked them). He was also the son of a policeman, and portrayed as a loving, law abiding, respectable citizen.
Through putting my cousin on trial for being gay and a pot smoker, the killer walked away a free man. I am sure this story is not unique.
My feeling is this apology is long overdue and only partly addresses the hundreds of years of systemic abuse, harassment and discrimination gay people have experienced. It is a start, but do not be complacent, for it does little to comfort those left behind, or those who experience hatred and bigotry, and does little unless public attitudes start changing.

what could be in the future is a Fed Patrick Brown. Jason Kennedy with a real voice, but then we would still have trust issues

I learned something new today, I always thought that the 10$ bill was in honor of Gene Wilder, not John A..

Now, if only 'Murica could only get their heads out of their asses and tell the perverted bigot Moore to take a long walk off a short pier...

Hey, a dreamer can dream, can't I?

hi JD....yes, he can't show his real feelings, because he needs the support of both women and millennials. But you can be sure that religious bigot will be smouldering with rage to see justice done, and know that Justin Trudeau will be even more popular...

hi anon....I can't believe how low those filthy bigot Cons can go. They have no decency and no class, and behave like alien mutants. I've been fighting them since I was thirteen, but thanks to Trump, and his Canadian followers like Scheer, and Levant, it's become a real infestation. However, the good news is that if anyone ever wonders what we are fighting for, all we have to do is point at those Cons, and say so they never rule us again...

hi Filcher...I'm sorry to hear about what happened to your cousin, and I'm afraid that story is all too familiar. Thousands of gay people have been have been slaughtered, with their killers claiming they were only defending themselves, or had been "provoked" and getting away with murder.
Justin Trudeau's apology is a big thing, but the battle for justice and equality, even in Canada, is far from over....

Hi Steve....I don't know what to think about Patrick Brown. Has he really changed his bigot stripes, or is he just a wolf in sheep's clothing. At any rate, the day I would support him and his Ontario Cons will be the day hell freezes over. And as for the federal Cons, I don't think they can ever change either. It's still Harper's party, and there are still too many redneck Albertans to ever become more than the Bigot Party of Canada...

hi anon....yes, I saw the good news in Australia, and I'm waiting for the day gay marriage becomes law, so I can write a post about it. It's been a long struggle and I've got lots of stories and songs to share...