The Heroic Healers of the Las Vegas Massacre 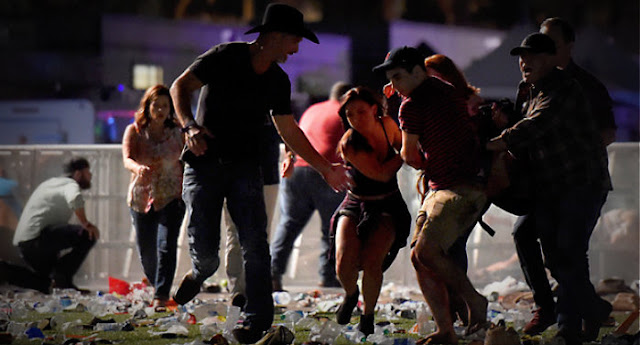 I am trying to avoid watching TV stories or reading anything more about the Las Vegas massacre.

Even though I am still curious about what could have driven someone to commit something so senseless and so murderous.

I can't handle any more of that misery and that madness.

But I do want to take a minute to recognize some true heroes. 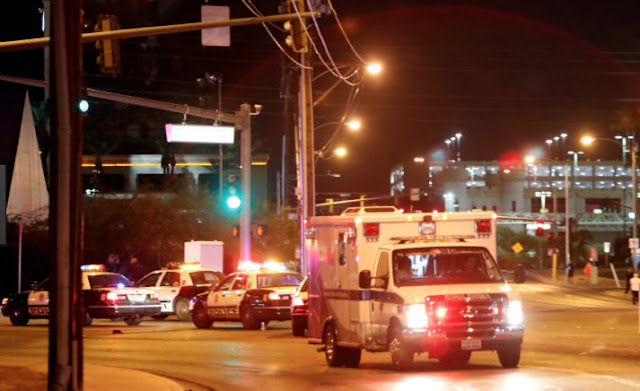 For my heroes are healers not killers, and these were magnificent.

As trauma nurse Renae Huening rushed into Sunrise Hospital and Medical Center on Sunday night, she “followed a trail of blood indoors.”

Huening could smell the blood.

“You’re standing in a pool of blood trying to care for your patient, slipping and sliding,” Huening said. “Soon you’re covered in blood yourself.” 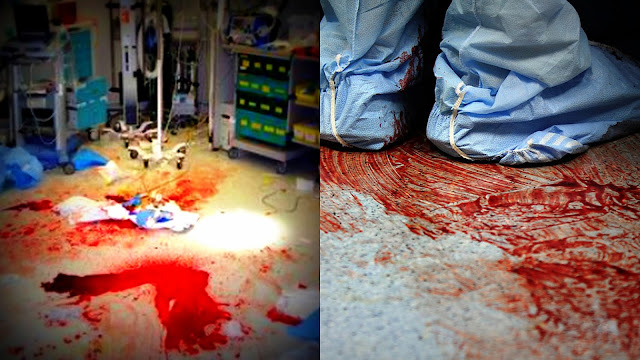 Unfortunately I can imagine what that scene must have looked like, I wish everybody could.

The smell of blood coagulating in your nostrils, your booties sticking to the floor.

And I shudder to think of the wounds caused by such high powered weapons.

If a 9mm bullet strikes someone in the liver, for example, that person might suffer a wound perhaps an inch wide, said Ernest E. Moore, a longtime trauma surgeon at Denver Health and editor of the Journal of Trauma and Acute Care Surgery. “But if you’re struck in the liver with an AR-15, it would be like dropping a watermelon onto the cement. It just is disintegrated.”

And my only consolation is that the staff in those hospitals must have been prepared for the worst, when they live in a city where it's legal to walk around with a machine gun.

In Nevada, like in most states, it’s legal to openly carry long guns, like rifles and shotguns. No permit is required for this sort of display. That means people are allowed to walk down the Las Vegas Strip with a military-style rifle slung over their shoulder...

Nevada also is what’s called a “shall issue” state for concealed carry permits, meaning that anyone who is qualified to possess a handgun under state and federal law will be approved to get one.

Which to me is just madness.

And in that regard, I think this skit says it all...

When will this sick gun love end?

When will the madness stop?

When will they ever learn?
Posted by Simon at 9:39 AM

We won't. The Second Amendment has become indistinguishable from the First, in that hoarding an arsenal is tantamount to a religious ritual and bullets are speech. Some moran Republican said that it's the responsibility of people in public places to "get small" when gunfire is heard. Yet they want to make it less likely for people to even hear the gunfire at all, because they're looking to pass a bill that would loosen restrictions on buying silencers or suppressors. Not to mention, five years since Sandy Hook and with a shooting at a California day care center occurring the same day as the Vegas massacre, how much smaller can little children get? Well, say the GOP, it's too soon to "politicize" the situation -- and besides, it was just God calling them home. Always back to religion. The Readers' Digest condensed version of the Constitution. Moses with a pair of Uzis sent from God himself, that will never be pried from his cold, dead hands. (And of course, his cold, dead hands are far more important than those of kindergarten students. His hands are cold and dead for FREEDOM. And Liberals are hypocrites who "kill children in the womb!")

Then you've got Fox News and the disgusting sexual predator Bill O'Reilly, another shameless sociopath in the lying fake-news media, shrugging his shoulders and saying that this is the price we just have to pay for freedom. "Bullets go in, blood comes out, you can't explain that." You can't do anything about it either, other than deflect any responsibility from the gun manufacturers and stigmatize mentally ill people as the sole cause of shootings -- except that they wouldn't have anything to shoot with if they didn't have guns. So "ban U-Haul trucks and Muslims" goes the straw man argument pulling from the Edmonton attack. Except that if guns had been involved it would have been deadly and a lot bloodier. Not to mention that it was another angry white guy who perpetrated the Vegas massacre and not a Muslim. Last resort? "False flag!" Or just outright confirming their depravity: "Your dead kids are less important than my constitutional rights." We never learn. We never, ever, ever learn.

The United States is an irredeemably deplorable country. Canada would do well to NEVER let a con anywhere near the halls of power again, but instead relegate them to the back of the Parliamentary chamber wearing dunce caps as identifiers. Unfortunately, there's enough poison in the water already that a significant chunk of your population is falling for Scheer's snake oil and the siren call of hate. A partnership between your milk boy and our cheesehead would be devastating for both countries (particularly for Americans looking to escape and now having nowhere to go).

Just like Harper dragged you into Bush's Middle Eastern oil crusades that will never end and you'll never get out of, Canada becoming "new found friends" with Trump and the Republicans beyond mere snake-charming flattery by Trudeau would be a terminal disease that neither country is likely to recover from.

You'll have massacres every commercial break during the Hockey Night broadcasts, while the cons will just shrug their shoulders and deliver meaningless thoughts and prayers. You'll be forced to stand for "O Canada" at gunpoint. Anyone who "takes a knee" will get clubbed or have your kneecap shot out. Then Scheer will throw you some paper towels to mop up your "sissy tears" so you can "man up" and start "getting bigly" after taking a few minutes to "get small."

I sincerely hope that the Jedi continues to keep your country on the right side of the Force and that the evil empire does not strike back. As an American who was "with her" up until the very end, I am sorry.

I always wanted to visit Las Vegas but now I think I'll pass. I remember those militia types in Charlottesville and I could never enjoy myself in a place where people walk down the street with machine guns over their shoulders. The U.S. has become a mad house.

thank you Simon for recognizing the work of the first responders and ER staff in Las Vegas. I was a paramedic but I had to quit after suffering from PTSD. I've seen some awful things but nothing as bad as what those in Las Vegas must have seen. Canada needs stronger gun control laws or we'll end up like the United States.

hi neighbour...I'm sorry you feel the situation is beyond hope. Sorry for you, and sorry for Canadians for this couldn't be more true:

Canada would do well to NEVER let a con anywhere near the halls of power again, but instead relegate them to the back of the Parliamentary chamber wearing dunce caps as identifiers.

But as I think I've told you before, I refuse to give up, and I still think that out of this darkness will come a mighty revolution that will smash the fascists to smithereens. We just need to steel ourselves, stop being so civilized and so polite, and realize that we are dealing with beasts, and that if we don't destroy them, they will destroy us. I wish more Canadians thought like I do, but I come from the Scottish highlands where they have been fighting for freedom for about a thousand years. And the complacency of Canadians is because they have been relatively favoured by history, and their more peaceful nature is what makes them such a nice people. But yes, the Force will prevail, and the Evil Empire will be defeated... :)

hi anon...I feel exactly like you do. When I was a student I wanted to drive through Las Vegas at night, in a convertible, high on something like magic mushroom. But now the only places in America I dare drive through are Vermont and Maine. And needless to say without even a joint in my pocket. I still love our neighbours, but I detest guns and violence, and their country is now far too dangerous for me to enjoy...

hi anon...you're welcome, it's always a pleasure to be able to recognize the work of our first responders, and there are few people I admire more than our EMS paramedics. I am sorry that your work caused you to be stricken by PTSD, I am only too familiar with the dangers of your profession, and I am happy that finally those dangers are being acknowledged, and that the work of first responders will stop being taken for granted. And I agree with you, the weakening of gun control in this country is threatening all Canadians...

I just don't set foot there, much as I miss friends in Vermont, Maine, Boston and Brooklyn. I was turned back from there for political reasons over 20 years ago and am terrified of them judgeing me a terrorist, though I can scarcely hurt a fly.