Why Jason Kenney Should be Arrested 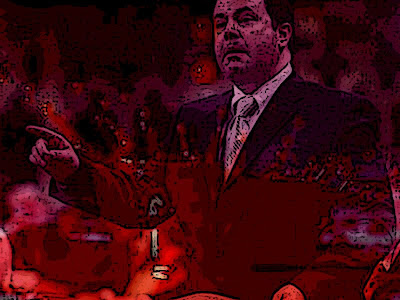 Well I see the Con hog Jason Kenney is squealing that he didn't have anything to do with , , wiping out gay Canadians from the ConCanada Guide.

Asked Wednesday why he blocked any information about same-sex marriage and charter rights protecting sexual orientation, Jason Kenney said: "I did not do such a thing. No, no, you are wrong."

The minister then disappeared into the Conservative caucus room in the Centre Block of Parliament Hill.

But then as Adam Radwanski points out this grubby porker homophobe lives in a world of mixed messages.

First he claims the credit from his rabid base.

And then he denies it.

But what he can never deny is that this decision is far more evil than even disappearing gay Canadians...or erasing them from history. After just forty years of freedom.

Because it could result in more gay Canadians being hurt or MURDERED.

You see when the Dutch came up with this citizenship guide.

They did it for a reason. To stop young immigrant men, from homophobic backward countries, from attacking gay people or harrassing women. Even the misogynist Cons seem to recognize that women need to be protected by including stuff like this in the ConCanada Guide.

"In Canada, men and women are equal under the law. Canada's openness and generosity do not extend to barbaric cultural practices that tolerate spousal abuse, ‘honour killings,' female genital mutilation or other gender-based violence."

But they couldn't do the same for gay people because they hate them so BARBARICALLY.

So now prospective immigrants won't get the message that gay people are entitled to live their lives in peace and dignity. So now every gay person in Canada will be in even MORE danger of being assaulted, hurt, or murdered. Of ending up in a pool of blood, just for who they are. Just for who they love.

Jason Kenney is a grubby homophobe, a religious thug, and a LIAR. For which he should be held in contempt by all decent people.

But when he puts his brutish Con ideology before the lives and the safety of more than a million Canadians, he deserves to be ARRESTED.

Wonder why we feel this way? Imagine the person you love the most ....with the back of their head caved in by a baseball bat.

In a country with a bigot government where gay kids are already terrorized.

And homophobes attack us and get away with it, over and over again.

Defeat them, crush them, drive them from power.

Before they KILL our Canada... 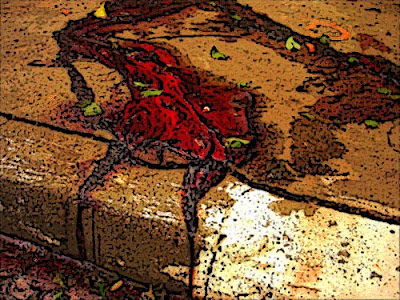 Aren't you the warm, loving kind.

You're fooling yourself if you think some silly booklet that these type of particular immigrants who don't like homosexuals likely won't even read is going to stop gay bashing. it didn't in Holland.

They included just as much information about homosexuals as they included about my race but you don't see me complaining.

At least they mentioned that Canada has done some atrocious things in the past so I applaud that instead of the usual Liberal back-patting.

no comment about the fact that in the old manual there was no mention either but they were liberals and good right.

you want to live without prejudice
but are so bias against the conservative party that you shoot yourself in the foot.

you are right it should have been included and from talk in ottawa it will be in the next version.
But why did you not complain when
PMPM put out his version.


Blind hypocracy will get no-one anywhere.

You honestly believe that a few sentences in a pamphlet will "stop young immigrant men, from homophobic backward countries, from attacking gay people"?

You fail to note (or are unaware) that the Dutch didn't simply introduce a brochure to deal with such violent homophobes - they also severely tightened their immigration rules and policies.

Your fears are valid - your solution (or at least the idea that something as quaint as an immigration guide will protect even one person from violent assault or murder) is, to be kind, painfully naive.

If someone hates you enough to cave in your head with a baseball bat, a few bon mots from the Immigration Minister will not change their minds. Pim Fortuyn wasn't killed simply because he was gay, he was killed because he was outspoken in his belief that immigration from "backward, homophobic countries" was incompatible with the modern liberal Dutch state in general and gay rights specifically.

I don't like Kenney's attitudes towards the GLBT community. The decision to remove the passages was petty and stupid. Save your rage, though, for the people and can and will hurt you.

This is my letter, published in "Le Devoir" explaining why closet queen Jason Kenney's deletion in a departmental guide of all references to our acquired gay rights is unacceptable and contemptuous and my personal experience with the gay movement in general and the immigration issue in particular.

Refusing people the right to free speech, even speech that we find offensive spoken by people we find offensive, is what will kill Canada. It is easy to call for the arrest of people we disagree withm but it sets a precedent that will eventually lead to anyone who disagrees with the state on even trivial matters.

hi riuguy...yes thank you I am.
How did you guess? Although I want you to know that I have NEVER dated Jason Kenney... ;)

hi langmann...I'm not suggesting that it would stop gay bashing. But considering that gay people could be injured every little bit counts.
As does every little bit that in Canada we don't tolerate racism either.
I welcome an honest appraisal of Canada's history. The truth will set us free.
Just like every step we take to make immigrants understand what kind of a society we are can only help us ALL...

hi anonymous...I'm a non-partisan free thinking progressive so please don't call me a Liberal. :)
But it seems to me that the old book was written many years ago, and times change. And that reality should be reflected so immigrants know what country they are coming to, and that if they can't accept our Canadian values they should perhaps go somewhere else.
Honestly ...I welcome immigration, and the more diverse the better, but doesn't that make sense for all of us?

hi anonymous two...look as I said above I don't think that a citizenship guide can prevent gay bashing. I'm dumb but not THAT dumb. ;)
But if we're going to have a multicultural model instead of a melting pot, it's imperative that we agree on a common set of basic values. And only education can do that.
If Kenney warns prospective immigrants about such problems as genital mutilation, he could have included a few words about gay bashing.
To do it because of his religious beliefs is simply unforgivable.
I'm angry at Kenney, I write angrily, But I'm a gentle person, and save my rage for homophobia or any other kind of bigotry..

Salut Yvon...thank you for sharing your letter.

I especially liked this part...excuse the translation :)

It is unacceptable that the regressive and obscurantist ideology of the Stiff Harper government is giving the world, and prospective immigrants, an old fashioned outdated image of Canada that hasn't evolved one iota above all when it comes to gay people oppressed in their own home still searching for a more welcoming country, less anti-gay and discriminatory.

It has been a long search. Nicely said.

hi anonymous...whoa hold on a minute. Who's talking about restricting free speech. Not me. I don't believe in that. I'm an independent thinker and I march to my own drum.
And besides Kenney isn't saying anything about principles...he's just running away.
He's entitled to his religious beliefs but he shouldn't let them influence Government of Canada documents.
If we wanted that we could all go to Iran. But I'd rather not... :)

Not until July 1995 was Same Sex Marriage legal in all of Canada so it could not possibly have been included in the previous immigration guide because it was written prior to it's legality.

However the guide did reference gay rights in Canada something Kenney has deliberately chosen to remove due to his own personal agenda.

The man in charge of immigration who can't tolerate certain immigrants does not belong in the job.

Conservatives scream government is not the solution, then they get elected and prove us right with their style of governing.

It's a shame your life is so wholly defined by your sexual orientation, and that you have made a career of hatred. People of good will, maturity, and intelligence wil instantly recognize you for what you are: another semi-educated bitter fuckup who needs therapy. You are not alone; just remember that recognition is the first step, but only action will make a difference that matters. And maybe to further your recovery you might move to some place where the woods aren't full of policemen - that Montreal must be a real shithole.

hi Tom...thanks for that info. I should have known. Is there ANYTHING Jason Kenney won't lie about?
As this point I don't think they can help themselves. What we have to do is help ourselves to a coalition and get rid of these ReformCons forever...

hi anonymous...the only thing I'm going to say to you is that by your words we shall know you. And it's not pretty.
In fact, I'm afraid I'm going to have to go further. And say that if you think the most exciting city in Canada is a shit hole, you must be REALLY boring. And I feel sorry for you... ;)

you are out of touch with reality if you thing that pamphlet will remedy the deep rooted anti gay pathology of Islam.

You think Kenny is a problem? Get a load of Ahmadinejad.

hi GM...whar are you talking abut?If I bumped into the crazy dwarf Ahmedinajad I'd strangle him with my shoe laces. The problem is the religious fanatic Kenney is encouraging religious crazies like him to come to Canada. I had no idea so many conservatives wanted to live in a theocracy. If you don't, I suggest you complain to Kenney not me...

In this video and this text , I do just that.