Ignatieff and the Wizard of Burnaby 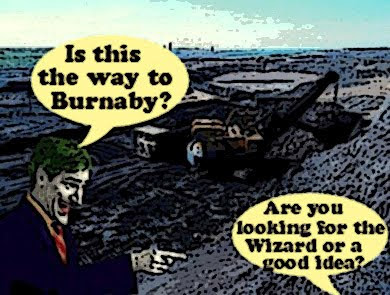 Oh boy. I was so excited. It sounded like it was going to be one of the most exciting Question Periods EVER. Especially after I read this.

Lordy I told myself I've never seen a Liberal so ANGRY. Could this really be the day Stephen Harper's ugly Cons would be held in contempt of Parliament?

So imagine my disappointment.

All told, it was a relatively quiet episode. Neither Prime Minister Stephen Harper nor Liberal Leader Michael Igantieff were in their chairs, which may have helped to calm the waters.

Or perhaps it was the oddly serene manner in which Transport Minister John Baird, who stood in for Mr. Harper, responded to the scrapping from the other side the House. At times, he spoke so softly he was barely audible.

No Harper, no Ignatieff, no contempt motion, no nothing. Just a kinder, gentler, John Baird? WTF?

So now I'm thinking what kind of freak show is this? There is no inquiry.

At least we can stop referring to the review itself as any sort of inquiry, given the conspicuous lack of any mention of the Inquiries Act in the terms of reference; the former justice is to be styled as either a "special" or "independent" advisor to the minister, which -- as far as I know -- does not provide him with the power to compel testimony or subpoena witnesses. He will also serve "during pleasure," which means that in theory, he could be fired next Wednesday if PMO -- er, the minister finds himself no longer desirous of his advice.

The judge can be fired like a servant. If he doesn't go blind first reading all those documents for the next four years.The Cons are making a monkey out of our democracy. And the Leader of the Opposition isn't even there?

So far, Liberal MP Derek Lee, who is pretty much universally acknowledged as the resident expert on parliament's most rarely used powers has been silent; the New Democrats, meanwhile, have set a deadline of March 19th to comply with the demand of the House or face the consequences. All of which is going to make the next few days -- particularly those on which the Afghanistan committee is scheduled to meet -- very interesting, which is why it's a pity that the leader of Her Majesty's Loyal Opposition won't be around for what could turn out to be a historic occasion.

Oh well. What's a poor little non-partisan progressive to do eh? Tell Ignatieff that he just needs ONE good idea...and hopefully a narrative... before Harper engineers an election?

Or that I hope the Wizard of ...Burnaby gives him the courage he so obviously needs? 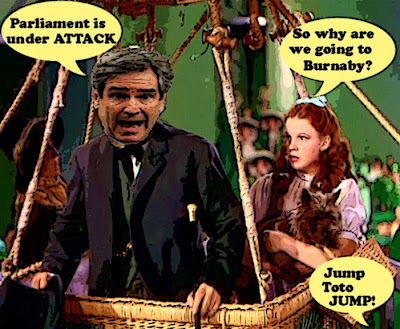 Nah. That would be too depressing.

But what nasty horrible things are you HIDING? 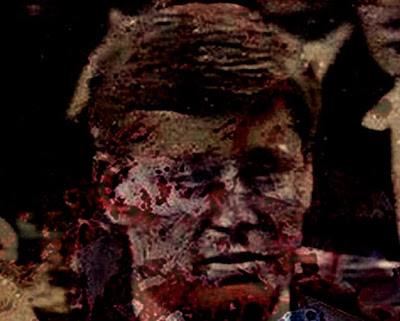 Because you just know that its gotta be MONSTROUS.

And because I figure that at this point eh?

Unless the Wizard of Burnaby comes through for us.

Only curiousity can kill the Cons...
Posted by Simon at 11:13 PM

I just got a Facebook post that Iggy will be in Regina, Sk. tomorrow eve! I've sent out an alert for Reginans to quickly find a Wizard!

Because of the deeeep disappointment today re the Libs spineless activities in Parliament - on Opposition Day, of all things!! - a lot of people who belong the CAPP groups have decided to write to Frank Iabocucci at his office to ask him, in the name of integrity & parliamentary rule in Canada, to refuse the commission that the Harpy's have given him as "overseer" of the docs. He can be reached at his office of Torys Law Office in Toronto. (No - really - that's the name of the guy who started the Law Firm). Frank is listed on their "Our Team" list.His email there is
fiacobucci@torys.com

hi CanNurse...the Wizard of Regina?
Is that the good one or the Wicked Wizard of the West? :)
Seriously though how ironic that Iggy should disappear on Opposition Day. If you are leading the charge on the Afghan issue shouldn't you be...um...leading the charge? I want to feel good about Ignatieff but it's so hard.
I like the CAPP idea though because not only does it appeal to the conscience of the judge, it's also a new and different way to keep the issue alive when the same questions and demands elicit the same answer from those Con robots.
As I pointed out in a post tonight the issue may appear to be going nowhere but it HAS had an effect on Harper's popularity. And I'm sure it can do him a lot more damage...